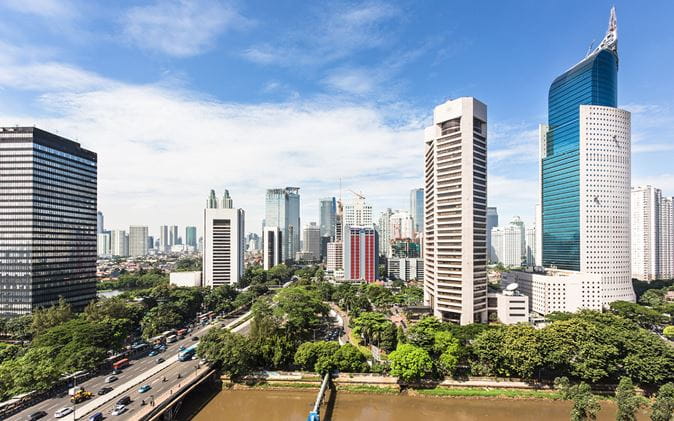 We have a dedicated Indonesian team comprising partners and associates from our offices in Jakarta (Ginting & Reksodiputro in association with Allen & Overy) and Singapore who are experienced in advising on Indonesian deals.

No other law firm in Indonesia has the same level of integration with a top tier international firm. Ginting & Reksodiputro has access to the depth and breadth of Allen & Overy’s resources – this sets us apart from our competitors. This integration means that we are truly a one stop shop that can provide world class English/U.S./Indonesian law advice on a more efficient and effective basis than many other international firms who need to work with separate local firms in Indonesia.

Our international approach puts us at the top of people’s lists when it comes to complex, cross-border and challenging transactions in Indonesia.

Our five partner/foreign legal consultant team is comprised of Daniel Ginting, one of Indonesia’s leading lawyers covering the whole spectrum of advice; Harun Reksodiputro, a market leading corporate and M&A practitioner; Sugianto Osman, one of the foremost technology and private equity lawyers in Indonesia; Tarsis Halintar, a banking, PPP and finance specialist and Michael Tardif, a leading energy and major projects lawyer.

Our Indonesian offering is a core element of A&O’s broader ASEAN coverage which encompasses offices in Singapore, Thailand and Vietnam (which have local law capability) and Myanmar; and major ‘desks’ servicing Malaysia and the Philippines.

Advised BNI, CIMB Niaga, BTPN, CTBC Indonesia, DBS Indonesia and Permata, on a financing to Solusi Bangun Indonesia (formerly Holcim Indonesia), now a subsidiary of Semen Indonesia. Initially, the funds were granted only by way of conventional loan but later the parties decided to include a portion of funds to be granted by way of sharia loan.

One of the first green loans in Indonesia

Advised Stichting andgreen.fund on a USD30m green loan to PT Dharma Satya Nusantara Tbk. This is one of the first green loans in Indonesia.

The largest debt restructuring in Indonesia

One of the first sustainability bond issuances in Indonesia

Advised the underwriter on its proposed IPO issued by a geothermal subsidiary in Indonesia.

Advised a leading global growth equity firm, on its investment into an Indonesian biopharmaceutical company focusing on the development, manufacturing and commercialisation of biologics in ASEAN.

The sale of Citi’s consumer banking

Advised UOB, on the acquisition of Citigroup's consumer banking franchise in Indonesia, Malaysia, Thailand and Vietnam for approximately SGD4.915bn.

Advised FWD Group, the pan-Asian insurance business of Pacific Century Group, on its acquisition of PT Commonwealth Life, the Indonesian life insurer, from Commonwealth Bank of Australia and its local partners.

Advised Kopi Kenangan, an Indonesian coffee-chain startup, on its USD109m series B fundraising, one the largest investments in the consumer sector in the region at the date of closing. The deal included high profile investors including Sequoia, B Capital, GIC, Horizons, Alpha JWC, and celebrities such as Serena Williams and Jay-Z.

Advised the mandated lead arrangers  on the financing for the 145MW Cirata Floating Solar PV project under development by PJB and Masdar. Solar Deal of the Year, PFI Awards 2021.

Advised the lenders of six international banks and four local banks, on a USD625m facility granted to Halmehera Persada Lygend for the development of a high-pressure acid leach (HPAL) nickel smelter in Indonesia.

Advised the lenders and ECAs (including ADB, JBIC and NEXI) on the USD2bn 2x800MW Jawa 1 FSRU and gas-fired combined-cycle IPP project in Indonesia. Advised lenders on all aspects of the project documents (including PPA, EPC agreements, LNG supply agreement and FSRU services agreement) and all finance documents for the project. Awarded Power Deal of the Year, PFI Awards 2018.

Advised JBIC, as ECA and lender, and the commercial lenders (including Mizuho) on the USD100m financing for a project company to be set up by Kansai Electric Power Co and PT Indonesia Power for the development and construction of the 47MW Rajamandala hydroelectric IPP project in West Java, Indonesia. This project benefited from a MIGA guarantee and we advised on the FIDIC based split EPC contract.

8th largest port and container operator in the world

Advised on the merger of Pelindo I, Pelindo II, Pelindo III and Pelindo IV, creating the 8th largest port and container operator in the world.

Advised the Batam consortium, on the tender process for the Hang Nadim International Airport PPP Project in Batam, Indonesia.

Advised an Indonesian state-owned company in a financing of its light rail transit project and infrastructure development in Sumatra.

Advised BNI on the financing to PT Translingkar Kita Jaya for the 14.64km Cijago toll road project, which is part of the National Strategic Program.

The largest technology group in Indonesia

Advised Tokopedia, on its USD 18bn merger with Gojek, to create the largest technology group in Indonesia that encompass services from ride-hailing and food delivery to digital payments and e-commerce. At the time, the transaction was the largest merger in Indonesia. Best M&A Deal, The Asset Triple A Country Awards 2021.

OVO
Advised OVO, a leading Indonesian digital payment platform, on its acquisition of a majority stake in Bareksa, a digital money market fund, and its integration of Bareksa’s fund platform into OVO’s payment and e-money application.

Advised Tokopedia on its Series E, F and G fundraisings. Its latest funding round totalled approximately USD1.1 billion and was led by Softbank Vision Fund and Alibaba Group.

Advised Gojek on its its USD1bn+ Series F fundraising led by Google, JD.com and Tencent, as well as several other investors including Mitsubishi Corporation and Provident Capital.

Advised Halodoc, an Indonesia-based digital healthcare platform, which also provides a hospital payment facility to its users, in preparing and negotiating the transaction documents with respect to the USD65m series B fundraising with their investors. 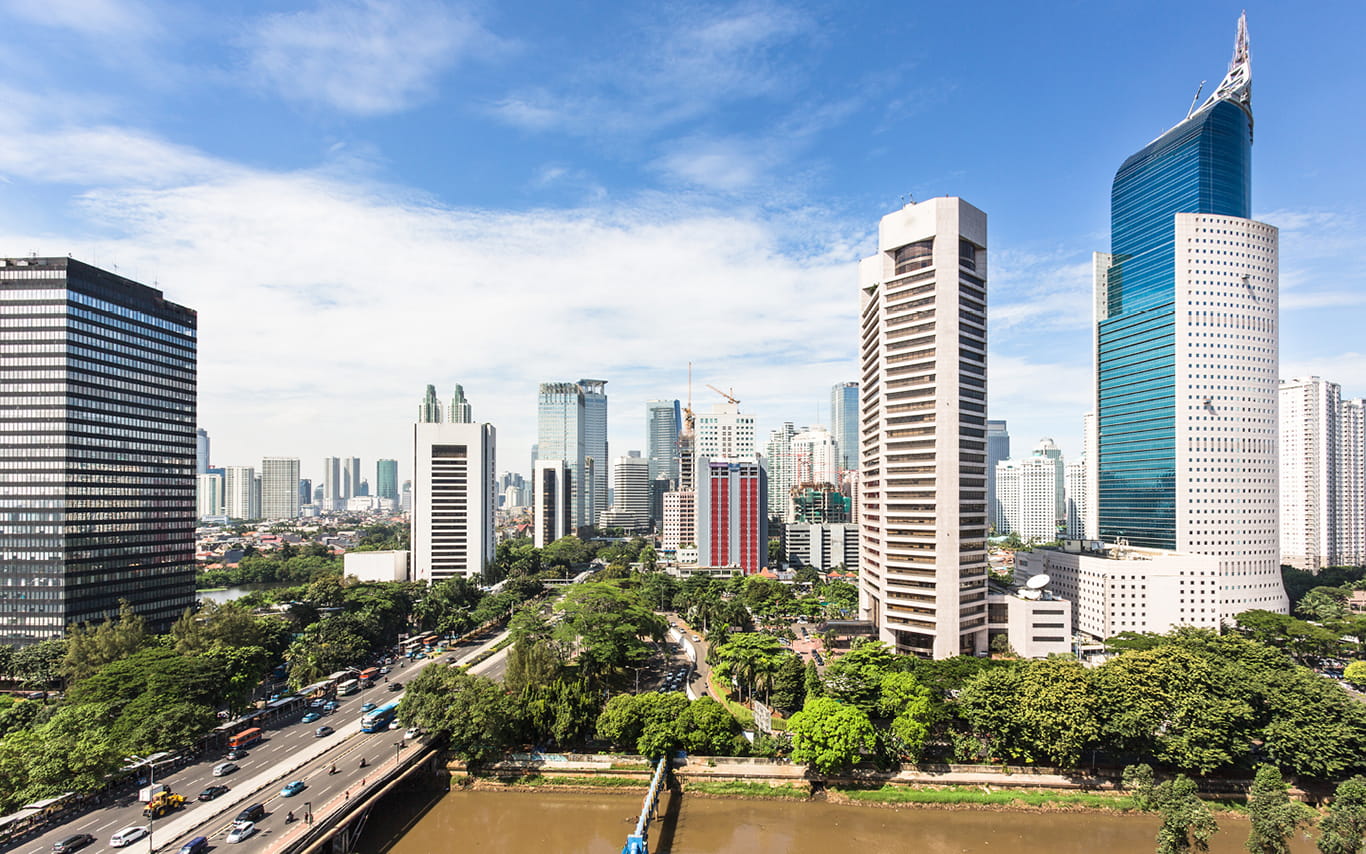 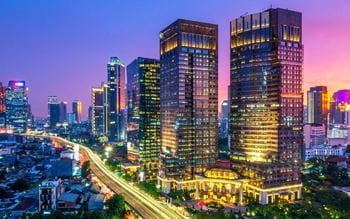 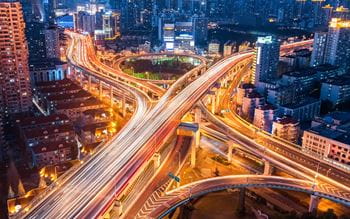 There is a strong consensus now that the PPP model works. In the last five years the number of PPP projects increased quite exponentially. The PPP market is made up largely by local investors and… 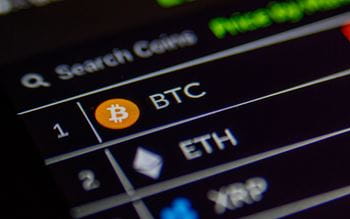 Two sides of a (Bit)coin 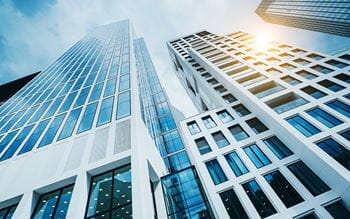 On 25 November 2021, the Constitutional Court of Indonesia (the Court) declared that the formation of Law No. 11 of 2020 regarding Job Creation (the Omnibus Law) violated the 1945 Constitution of…

Download the Ginting & Reksodiputro in association with Allen & Overy brochure 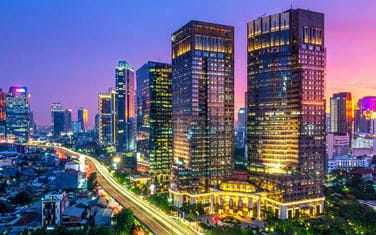 We were the first of the global elite law firms to establish our office in Jakarta in 2010, which for Indonesian regulatory reasons is referred to as Ginting & Reksodiputro in association with Allen & Overy. 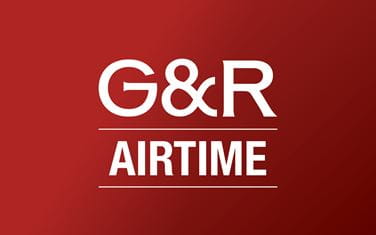 Lawyers from G&R uncover the current commercial, legal and regulatory trends in Indonesia. 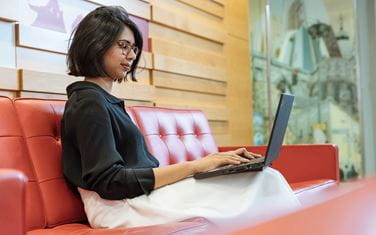