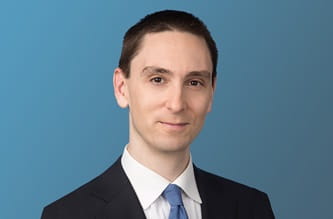 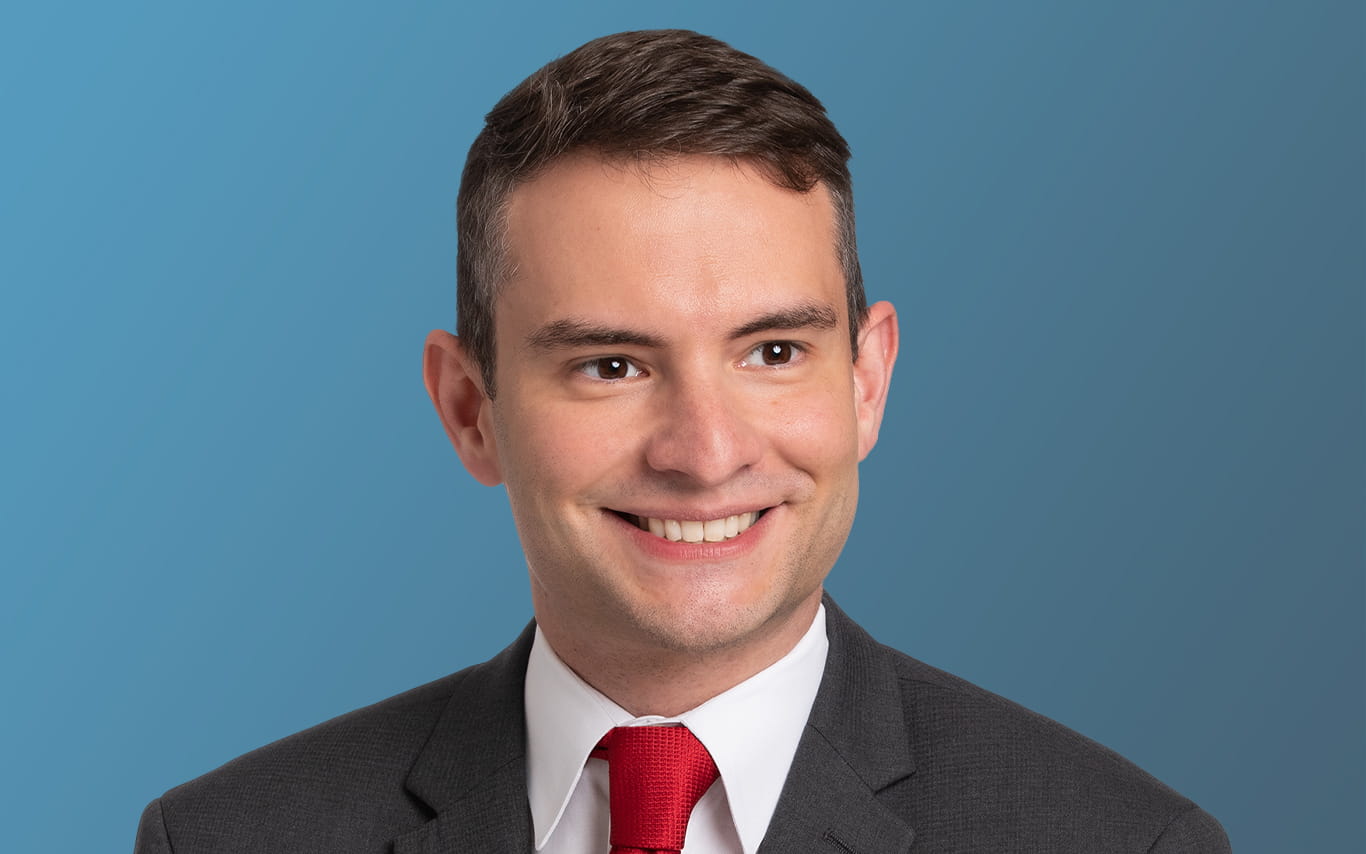 The consolidated case required the Court to decide whether 28 U.S.C. § 1782 encompasses commercial arbitration tribunals seated abroad and investor-State tribunals. If § 1782 did encompass such tribunals, then parties, the tribunal, and other interested persons could seek discovery for US courts for use in the relevant arbitral proceeding. The Court, however, held that only a governmental or intergovernmental adjudicative body constitutes a “foreign or international tribunal” for purposes of § 1782, and commercial and investment arbitration tribunals do not qualify.

Section 1782 grants district courts the power to order discovery in assistance of a proceeding before “a foreign or international tribunal.” The Court was tasked with determining whether, for purposes of § 1782, (i) a tribunal presiding over a foreign-seated commercial arbitration is a “foreign tribunal,” and (ii) a tribunal presiding over an investor-State arbitration is an “international tribunal.”

Regarding foreign-seated commercial arbitrations, Luxshare Ltd. (the respondent in the commercial arbitration case), argued that tribunals presiding over such arbitral proceedings are “foreign tribunals” for purposes of § 1782. Luxshare contended that the term “tribunal” means a judicial body or other adjudicatory body, while the term “foreign” means relating to another country or another jurisdiction. Accordingly, a foreign-seated commercial arbitral tribunal is a “foreign tribunal” because it is an adjudicatory body that—because it is subject to and dependent on the law and jurisdiction of the arbitral seat—is foreign. Further, Luxshare maintained that a commercial arbitral tribunal meets the framework established in Intel Corp. v. Advanced Micro Devices, Inc., wherein the Court held that an organ of the European Commission was a “tribunal” because it acts as a “first-instance decisionmaker,” in a “proceeding that leads to a dispositive ruling,” that is “reviewable in court.” 542 U.S. 241, 246–47, 255, 258 (2004).

ZF Automotive US, Inc., on the other hand, argued that § 1782 is limited to proceedings before governmental entities. According to ZF Automotive, while the scope of § 1782 had been gradually expanded to encompass non-judicial tribunals, it remains limited to adjudicatory bodies that were governmental in nature. In ZF Automotive’s view, the term “foreign tribunal” should be read together, and it brings with it governmental or sovereign connotations. Moreover, ZF Automotive pointed to the legislative history of § 1782, which it contended indicated that the revision of the statute in 1964 was not meant to encompass non-governmental entities, such as commercial arbitration tribunals. Because a commercial arbitral tribunal is not a government entity, it is not a “foreign tribunal” under § 1782.

The Court held that a commercial arbitration tribunal falls outside the scope of § 1782. The Court first determined that both “foreign tribunal” and “international tribunal” should be read as compound terms made up of a modifier and a noun. As to “foreign tribunal,” the Court concluded that the word “foreign” takes on a governmental meaning when modifying a word with potential sovereign connotations. See ZF Automotive US, Inc., et al. v. Luxshare, Ltd., No. 21–401, at *7 (2022). Accordingly, read as one phrase, the term “foreign tribunal” means “a tribunal imbued with governmental authority by one nation.” Luxshare, No. 21–401, at *9. Commercial arbitration tribunals, the Court then held, are not governmental bodies: They are not created by a government but by private parties, and they operate under private arbitral rules. See Luxshare, No. 21–401, at *12. Commercial arbitration tribunals do not become governmental entities because the law at the arbitral seat governs them nor because courts assist them in performing their duties. Id. On that basis, the Court held that commercial arbitral tribunals are not encompassed by § 1782.

AlixPartners, LLP and Simon Freakley (petitioners in the consolidated investor-State arbitration case), argued that investor-State tribunals were not “international tribunals,” with arguments similar to those of ZF Automotive. They claimed, for instance, that § 1782 encompasses only governmental entities exercising governmental authority. Likewise, AlixPartners and Mr. Freakley relied on the legislative history of § 1782 to maintain that the statute excluded non-governmental entities. Instead, according to the petitioners, when Congress means to refer to arbitral bodies, it uses the term “arbitral tribunals.” Because, according AlixPartners and Mr. Freakley, an investor-State tribunal is a private deliberative body that does not exercise governmental authority, it is not encompassed by § 1782.

The Court held that that the UNCITRAL investment arbitration tribunal at issue in Luxshare is not encompassed by § 1782 either. For the Court, it was not dispositive that the tribunal at issue was created by a treaty, nor that a sovereign is on one side of an investment dispute. Instead, the relevant question is whether the “two nations intend to confer governmental authority” on the tribunal. Luxshare, No. 21–401, at *13. The Court answered the question in the negative. It is the consent of an investor and a State, not the treaty itself, that creates an investment tribunal. Luxshare, No. 21–401, at *14. The tribunal acts independently from the treaty’s Contracting States. Id. The tribunal’s members do not have any official affiliation with the contracting States, or with any other governmental or intergovernmental entity. Id. And the tribunal receives no government funding, it maintains confidentiality, and the award is made public by the consent of the parties. Id. An UNCITRAL investment arbitration tribunal, the Court held, is not encompassed by § 1782. Consequently, United States federal courts do not have the power to order discovery for use in a foreign-seated commercial arbitration or for most, if not all, investor-State arbitrations.

The Court did leave open the possibility that sovereigns might imbue arbitration tribunals with governmental authority, though it refused to “attempt to prescribe how [such tribunals] should be structured.” Luxshare, No. 21–401, at *15. There is thus a possibility that some other type of adjudicatory body may fall within the ambit of § 1782.  For example, the European Union’s Multilateral Investment Court (MIC) project, if successfully completed, could create a body that the Supreme Court might consider exercises governmental authority. As opposed to ad hoc investment arbitration tribunals, the MIC would be a permanent adjudicatory body; it would be funded by participating States; and the adjudicators would be tenured, and chosen and remunerated by participating States. Further, ICSID tribunals may fall in between the MIC and a UNCITRAL ad hoc tribunal. ICSID tribunals operate under the auspices of the World Bank, which is clearly an intergovernmental organization. Member States fund the World Bank, and thus partially fund ICSID. On certain matters, for instance those relating to the disqualification of an arbitrator, an ICSID tribunal can be subject to oversight by Chairman of the Administrative Council. Finally, Member States appoint arbitrators to the standing Panel of Arbitrators, from which members of arbitral tribunals may be chosen and from which members of ad hoc Committees must be chosen.