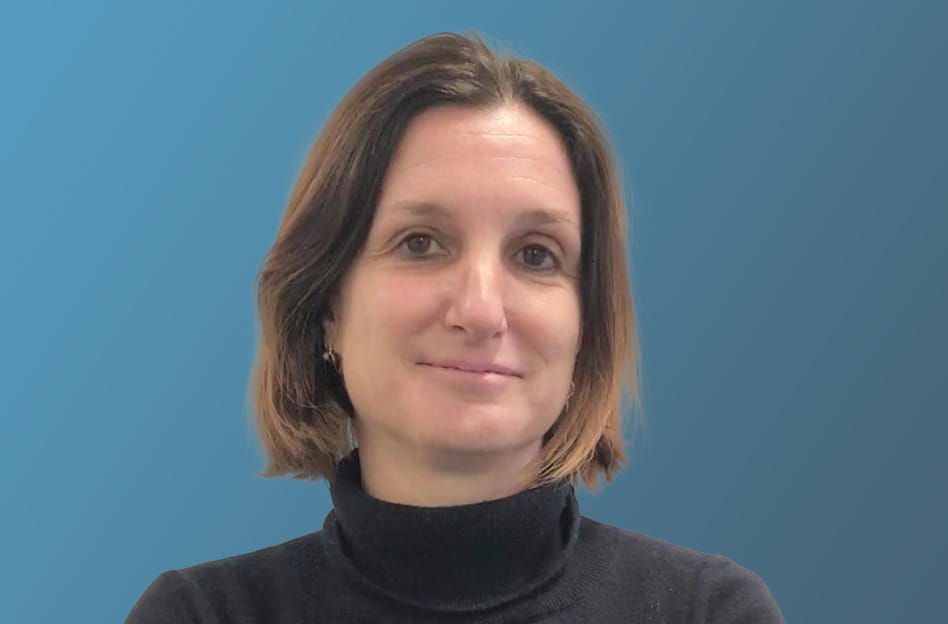 The Court of Justice of the European Union (CJEU) found on Thursday, 28 October, that even when only an overall product has been made available to the public, individual parts of it may still be protected as unregistered Community designs.

In case C-123/20, Ferrari S.p.A. v. Mansory Design & Holding GmbH (Mansory Design), the CJEU has ruled on two questions referred by the Bundesgerichtshof (the German Federal Supreme Court) for a preliminary ruling in the context of a dispute in which Ferrari sued Mansory Design and its CEO for infringement of a number of unregistered Community designs.

Now, for the first time, the CJUE has ruled on the conditions in which the appearance of a part of a product (or partial design) may be protected as an unregistered Community design.

The background, the main proceedings and the questions referred for a preliminary ruling

On 2 December 2014, Ferrari issued a press release where it first made available to the public its top-of-the-range model Ferrari FXX K, manufactured in very limited numbers and for use on racetracks only. That press release contained the following images of the overall appearance of the FKK X.

In 2016, Mansory Design, a company specialising in personalisation (known as “tuning”) of high-end cars, started distributing tuning kits designed to transform the appearance of a Ferrari 448 GTB, a road-going model produced in a series, in such a way as to look more like the Ferrari FXX K.

Ferrari claimed that the components offered by Mansory Design infringed one or more unregistered Community designs concerning specific portions of the Ferrari FXX K design, which arose by virtue of the publication of the press release on 2 December 2014 (this was the relevant disclosure to the public which led to the right subsisting).

Ferrari relied on the section of the car comprising the V-shaped element of the car’s bonnet, the protruding fin-like element (“strake”) and the front spoiler integrated into the bumper and the vertical bridge in the center connecting the front spoiler to the bonnet. That section, depicted below, is seen as a unit that shapes the individual features of the Ferrari FXX K, while at the same time creating an association with an aircraft or Formula 1 car. 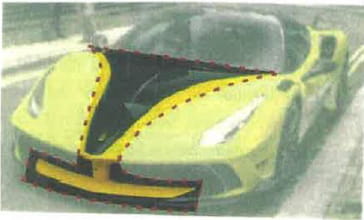 Furthermore, Ferrari relied on a second unregistered Community design for the appearance of the front spoiler or, alternatively, for the presentation of the Ferrari FXX K as a whole, as revealed in another photograph of the car, which also appeared in the press release of 2 December 2014.

Ferrari lost both at first instance and on appeal, with both court instances finding that unregistered Community design rights did not subsist. With respect to the sections of the Ferrari FXX K, this was because the claimed designs lacked the minimum requirement of a certain autonomy and consistency of form and referred to an arbitrarily defined section. With respect to the appearance of the Ferrari FXX K as a whole, since it could be assumed that the claimed design existed, it would not be infringed by the Mansory Design, which created a different overall impression on the informed user.

Ferrari pursued its claims by way of an appeal on a point of law before the Bundesgerichtshof. The Bundesgerichtshof considered that the outcome of the appeal depends on the interpretation of Regulation no. 6/2002. The Bundesgerichtshof, which from the reading of the request for a preliminary ruling appears inclined to agree with the lower courts, stayed the proceedings and referred to the CJEU the following two questions:

(1) whether unregistered Community designs in the individual parts of a product arise as a result of the disclosure of an overall image of a product; and, if this is answered in the affirmative;

(2) whether additional criteria, such as certain autonomy and consistency of form, shall be applied for the purpose of assessing individual character of a component part which as, for example, in the case of a part of a vehicle’s bodywork, is to be incorporated into a complex product.

Thus, when there is an event whereby the design is made available and which consists in the publication of a photograph of a product, as in this case, the characteristics of the design of the part relied on must be clearly visible on that photograph.

To determine whether the part of the product may in itself be subject to the assessment of the conditions for obtaining protection as an unregistered Community design, its appearance must be capable of producing in itself an “overall impression” and cannot be lost in the overall impression produced by the product.

In that regard, the CJUE, recalling the definition of the concept of design as laid down in Article 3(a) of Regulation No. 6/2002, stated that a part of a product, to be protected as a design, must be a visible section defined by particular lines, contours, colours, shape or texture.

The case will now go back to the jurisdiction of the national court in Germany to ascertain whether the designs relied on by Ferrari meet the requirements for obtaining protection as an unregistered Community design.

There is very little in EU design law to limit the scope of what can constitute a design – and “part of a product” is expressly provided for in the definition of “design” as set out in the Regulation and the Directive. The CJEU’s decision is therefore entirely consistent with its own case law, albeit this is the first time it has dealt expressly with the question.

There are some jurisdictions around the world which don’t allow for the registration of part of products (the sleeve of a jacket, for example) – but rather require that the part has to be sold separately in order to be protected. EU harmonized law has never taken that approach.

This decision again emphasizes the usefulness of the EU-wide 3-year unregistered design right – which can be deployed flexibly best to match those features of a design which have been copied by a third party. This decision is therefore good news for designers and bad news for copyists.

A version of this article was first published by Intellectual Property Magazine.