Allen & Overy’s “FEC Practice Guide for Corporations and their PACs” is intended to provide a “user’s manual” for companies that are politically engaged or seeking to increase their electoral participation.

U.S. companies and foreign companies with operations or subsidiaries in the U.S. increasingly need to engage in the U.S. political and electoral process to remain competitive. Regulatory developments and public procurement, directed both in Washington, DC and in state capitols, can have a significant impact on revenue and profitability. One recent McKinsey & Company study found that almost 30 percent of earnings for companies in most industries is connected to government and regulatory intervention, with the figure rising to 50 percent in highly regulated sectors such as finance. As a result, corporations need to engage in the political process as part of their overall corporate strategy.

Corporate political activities, however, are highly regulated as they are subject to a complex web of federal, state, and local laws and regulations. Any interaction with a public official, from making a political contribution, lobbying or having lunch, could be subject to restrictions or disclosure obligations. These restrictions are seldom intuitive, and they have been further complicated by a series of recent court decisions that have modified (in some cases, significantly) statutes and regulations that remain on the books. Moreover, a violation of political laws—even a minor “foot fault”—can potentially have significant reputational and brand consequences.

The Guide is designed to help these companies understand and comply with federal campaign finance laws and the Federal Election Commission (FEC), the agency that oversees these laws. Throughout, we attempt to provide companies—and particularly their legal, compliance, and government relations professionals—with a practice-oriented overview of the key legal issues, as well as practice tips gleaned from our experience working in this area. This guide will be particularly useful for foreign companies with U.S. operations or U.S. subsidiaries that are politically engaged or that are seeking to increase their participation in the political process.

This Guide is organized into discrete modules intended to allow the reader to focus on the issue most relevant to him or her at a given point in time. The modules address topics such as:

The Guide contains many tools for in-house compliance and legal personnel, including numerous practice tips and specific modules on to how to mitigate legal and reputational campaign finance law risk and how to respond if a potential violation is discovered. 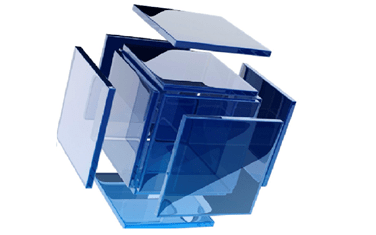 A guide to Corporate Political Activity in the United States

This guide contains many tools for in-house compliance and legal personnel, including numerous practice tips and specific modules on to how to mitigate legal and reputational campaign finance law risk and how to respond if a potential violation is discovered.