The United States Securities and Exchange Commission (SEC) recently settled two matters arising from attempts by employers to restrict the rights of employees who whistleblow to the SEC to collect monetary awards that employees may be entitled to recover in exchange for information. These settlements should prompt firms to take a fresh look at their standard settlement agreements, in order to ensure that they do not fall foul of the issues raised by the SEC in these two cases. 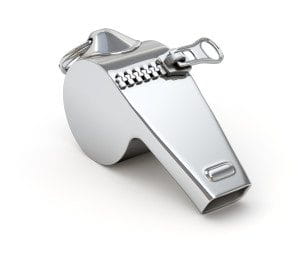 Rule 21F of the Security Exchange Act (15 USCS § 78c-6) was enacted in 2011, pursuant to the Dodd-Frank Wall Street Reform and Consumer Protection Act of 2010, to encourage the reporting of potential securities law violations to the SEC. The Rule provides that whistleblowers who voluntarily report information to the SEC that leads to a successful enforcement action an award of 10-30% of any monetary sanction exceeding $1 million recovered by the SEC. In both recent cases, the companies’ standard severance agreements required outgoing employees to waive their right to collect this award. The SEC concluded that these severance agreements improperly limit the ability of an employee to report information to the SEC in violation of Rule 21F-17, which restricts a company from taking 'any action to impede an individual from communicating with the Commission staff about a possible securities law violation'.

On August 10, 2016, the SEC issued a consent order imposing sanctions on with BlueLinx Holdings Inc. (BlueLinx) over a provision in BlueLinx’s standard severance agreement requiring an employee to waive her right to receive monetary awards from the SEC or any other federal agency in the event employee reported information to the SEC or another agency that led to a monetary sanction against BlueLinx. At the time Rule 21F was enacted, BlueLinx’s severance agreement also prohibited employees from disclosing any of the company’s confidential information unless compelled to do so by law and failed to carve out an exception permitting employees to voluntarily report information to the SEC. In June 2013, BlueLinx amended its severance agreement to permit employees to voluntarily disclose confidential information SEC, but added a prohibition against an employee collecting an award in the event that the reported information led to a monetary sanction. The agreement also required employees to notify BlueLinx’s legal department prior to reporting any information to the SEC.

The SEC determined that these provisions improperly impeded employees’ ability to report potential securities law violations to the SEC. While it did not admit any wrongdoing, BlueLinx agreed to pay a penalty of $265,000 and agreed to revise its severance agreement to explicitly state that employees could collect monetary awards for providing information to the SEC or other government agencies. BlueLinx also agreed to make reasonable efforts to contact former employees, provide them with an Internet link to the SEC’s Order, and notify them that BlueLinx does not prohibit employees from reporting information to the SEC or collecting an award for providing any such information.

On August 16, 2016, the SEC issued a consent order imposing sanctions on Health Net Inc. (Health Net) over a provision in the company’s severance agreement requiring employees to waive their right to receive a monetary award for reporting information to the SEC similar to the provision at issue in the BlueLinx matter. Like BlueLinx, Health Net amended its severance agreement in June 2013 to remove a prohibition against employees filing applications for whistleblowing awards, but left in language requiring employees to waive their right to receive monetary compensation. Health Net amended its agreement again in October 2015 to remove all language prohibiting an employee from applying for or receiving an award for whistleblowing.

While it did not admit any wrongdoing, Health Net agreed to pay a penalty of $340,000, make reasonable efforts to contact former employees who signed a severance agreement between August 2011 and October 2015, and provide these employees with an Internet link to the SEC’s Order and a written notification that Health Net does not prohibit employees from seeking or collecting whistleblower rewards. 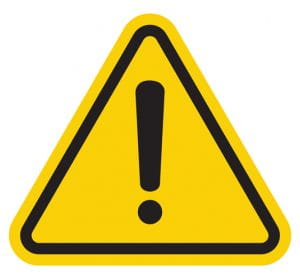 Best practices after the BlueLinx and Health Net Consent Orders

The BlueLinx and Health Net consent orders show conclusively that the SEC considers any agreement aimed at disincentivizing employees from providing information to the SEC an impediment to whistleblowing and that the SEC will take action against companies that attempt in any way to dissuade potential whistleblowing. Notably, the SEC stated that it had not found any evidence that Health Net employees refrained from communicating with the SEC as a result of the challenged provision in the relevant severance agreement or that Health Net had taken steps to enforce the provision. Nevertheless, the SEC concluded that Health Net violated Rule 21F.

To avoid a potential enforcement action for unlawfully impeding whistleblowing, companies should revisit their U.S. employment-related agreements to ensure that they do not contain restrictions on or impediments to the disclosure of information to the SEC or an employee receiving an award for providing such information. Companies should further consider taking affirmative steps to encourage employees to report potential securities law violations and other misconduct internally and to the SEC, if necessary. Indeed, a law passed by the U.S. Congress this year to combat the theft of trade secrets, the Defend Trade Secrets Act of 2016, places an affirmative obligation on employers to notify employees of the Act’s whistleblowing immunity provisions. Given these recent developments, companies should scrutinize the language in their severance agreements and other employment-related agreements to ensure that there are no provisions that could be read to impair or constrain any whistleblowing rights.