At the end of last week, the FCA announced some changes to its complaint handling rules. These changes have long been in the making, being the product of a lengthy thematic review and consultation process.

So what are the key takeaways from the FCA’s new complaint handling rules?

#1: Firms will have longer to resolve complaints informally

At the moment, if a firm resolves a complaint by close of business on the day after the complaint was received, the FCA’s formal complaints handling procedure does not need to be followed. The FCA has decided to extend this period of time to close of business on the third business day after the complaint was received. This change will allow firms a longer period of time to handle less complex complaints without resorting to the FCA’s formal complaints handling process, which the FCA hopes will lead to easier and speedier resolution of a greater number of complaints.

#2: Complaints resolved informally may still be referred to the Financial Ombudsman Service (FOS)

If a firm resolves a complaint using the new ‘three business day process’ outlined in #1 above, firms will be required to send what will be called a ‘summary resolution communication’ to the complainant. This communication will need to expressly state (amongst other things to be set out in DISP 1.5.4R) that, if the complainant subsequently decides that they are dissatisfied with the resolution of their complaint, they may refer the complaint to the FOS. Firms have raised concerns that this requirement may cause complainants to unnecessarily refer their complaints to the FOS. However, the FCA refused to change this proposal, stating that it intends this requirement to provide a ‘strong incentive for firms to ensure that they handle complaints correctly the first time’.

Firms will be required to report to the FCA the total number of complaints that they receive, including those resolved during the three business day time window outlined above (which was not previously the case). In some cases, this rule change will require firms to re-think the way in which they record complaints, in order to ensure that the necessary information is captured and can be provided to the FCA.

The FCA will also introduce a new complaints return in 2016. This document will require firms to provide more granular data about the types of products they receive complaints about, as well as the causes of those complaints. It is possible that the FCA will use this enhanced data to better identify products which attract a large number of complaints and common causes of complaints, with a view to potentially focusing other supervisory and/or enforcement work on those areas identified.

The FCA has issued a stern warning to firms about how it expects them to comply with these new complaints reporting obligations, saying: ‘we expect firms to take all measures necessary to comply with our reporting rules and consistently poor practice may be subject to supervisory or enforcement action’. 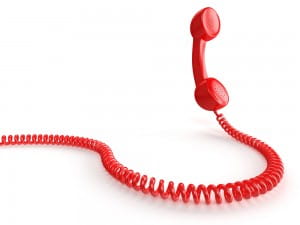