The FCA’s competition powers: One year on

Today marks the first anniversary of the FCA’s competition powers, which the FCA obtained on 1 April 2015. On the run-up to this anniversary, Deb Jones, Director of Competition at the FCA, delivered a speech at The Impact of Competition Powers on Financial Services Conference. A few points of interest can be gleaned from what she had to say about the FCA’s Competition Act 1998 powers: 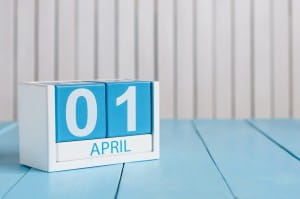 The FCA is now “taking active steps towards the opening of Competition Act investigation”. Unsurprisingly, given the early stage of the investigation, Deb Jones doesn't give any details on the case. But after a year of work majoring on market studies, she is keen to send a signal that the FCA takes competition law as seriously as other regulatory enforcement.

The FCA is also using softer enforcement measures, mimicking the practice of the Competition and Markets Authority.

An uptick in Principle 11 notifications relating to competition law breaches

Deb Jones also reported that amendments to the FCA Handbook to “reinforce the obligation on authorised firms to report significant infringements of applicable competition law to the FCA” has resulted in an uptick in notifications under Principle 11 (which we reported on last year).

What the future holds

Deb Jones notes that the FCA’s competition enforcement powers are just one aspect of its competition tool kit, “no more and no less important than the others”. On that basis, given the scale of work undertaken on market reviews, it may well be that further Competition Act cases are in the pipeline.