The abolition of the Presumption of Responsibility was not the only significant change to the Senior Managers Regime proposed by the draft bill published last week. Other proposed amendments that will impact investigations include:

The draft bill also laid the path for the extension of the new regime to other firms, such as asset managers.

Firms were going to be required to report breaches and suspected breaches of the Code of Conduct committed by all employees to the regulators. Many saw this as a potentially onerous requirement for firms. In particular, concerns were raised about the low legal threshold for a ‘suspected’ breach in this context. It was feared that this would result in firms having to report lots of individuals to the regulators, with allegations against many turning out to be unfounded.

Over the past few months, the regulators have been steadily watering down their proposals relating to notifications of breaches and suspected breaches of the Code of Conduct. However, the government has taken this one step further and decided to scrap the statutory requirement for these notifications altogether. According to a policy statement published by HM Treasury, the rationale for this decision was that it would ‘result in a reduction in the cost to business of complying with’ the new regime.

The Financial Services and Markets Act 2000 (FSMA) (s64C(1)) still requires firms to notify the regulators if they take disciplinary action against an employee for conduct which amounts to a breach of the Code of Conduct. However, it is not clear what additional or amended guidance (if any) the regulators will now publish about notifications of breaches of the Code of Conduct. Instead of publishing further guidance, the regulators may simply rely on firms’ existing obligations under FCA Principle 11 and PRA Fundamental Rule 7 to notify them of issues relating to employees.

Applying the Code of Conduct to all non-executive directors

However, this has now changed. The draft bill published last week extends the scope of the Code of Conduct so that it will apply to all those sitting on the board of an in-scope firm (including all non-executive directors).

It is fair to say that most – if not all – ‘standard’ non-executive directors would have preferred not to have been subject to the Code of Conduct. However, hopefully this proposed change will not create too much unrest amongst these individuals. Non-executive directors are already subject to the FCA’s Statement of Principle and Code of Practice for Approved Persons (APER) and risk enforcement action if they breach one of its provisions. As a result, firms may be able to position this change in policy as a slight shift in the rules that existing non-executive directors are already required to comply with, as opposed to a significant overhaul of their obligations and potential personal liability.

The Fair and Effective Markets Review recommended that the Senior Managers and Certification Regime should be extended to apply to a broader range of firms. Asset managers, MiFID firms and broker-dealers were all mentioned. 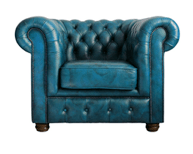 The draft bill published last week lays the groundwork for the extension of the Senior Managers and Certification Regime to other firms. HM Treasury justified the proposed extension of the new regime by saying that it ‘will create a fairer, more consistent and rigorous regime for all authorised financial services firms’.

The FCA and the PRA will need to consult on the specifics of how the new regime might apply to other types of financial institutions, including how it will apply to larger and smaller firms.

However, in any event, it looks like the Senior Managers and Certification Regime is some way off for other types of firms. HM Treasury has said that the new regime should come into force for these firms in 2018.