With the recent implementation of the General Data Protection Regulation, many financial services institutions are asking themselves what it may mean from a more traditional financial services regulatory perspective, particularly in terms of firms' ever-present reporting obligations. A&O has recently published a detailed guide to the GDPR for Litigators which deals with questions relating to data transfers to foreign regulators. This blog post considers some of the more specific issues which may arise in a contentious regulatory context in terms of document retention, self-reporting obligations and possible overlap between enforcement agencies.

The Financial Conduct Authority has not been silent on the topic, issuing a joint update with the Information Commissioner's Office setting out their joint expectations of firms.

The FCA does not believe that the GDPR imposes requirements which are incompatible with rules in the FCA handbook. For example, it points specifically to crossover between the requirement to treat customers fairly – both as part of data protection law and regulatory obligations.

On the other hand, there may be a tension between regulatory obligations on financial services firms leading to a need or preference to retain data for long periods and firms' general obligation under the GDPR to ensure data is kept no longer than is necessary. For example, firms have enhanced mandatory obligations under MiFID II to store and record communications that resulted in or might result in transactions for five years.  Similarly, firms may be facing regulatory investigations (or possible follow-on litigation) for periods stretching back well over five years.

At first glance, retaining documents in such circumstances may be regarded as justifiable on a common sense basis. For the firm, however, it is important to be aware of this potential tension when it comes to handling personal data, consider the firms' legal obligations and ensure that processing is necessary for the purpose of that legal obligation (or justifiable on some other basis). This should be combined with clear decision-making around data handling at all stages of the potential action.

Regulated firms are well aware of their obligations to comply with Principle 11 by disclosing to the FCA appropriately anything relating to the firm of which the FCA would reasonably expect notice.

Under the GDPR, firms are obliged to report personal data breaches to the competent supervisory authority where they are the data controller or the user of a data processor suffering a breach. For firms with the UK as their main establishment, this supervisory authority would generally be the ICO.  The report must be made without undue delay and (where feasible) not less then 72 hours after the firm becomes aware of the breach.

The only exception where firms do not need to report to the ICO is where the data breach is unlikely to result in a risk to the rights and freedoms of data subjects. In those circumstances, the firm must keep a clear record of its own decision making process when coming to this view.

In addition, if the breach is likely to result in a "high risk" of adverse affects to individuals' rights and freedoms, the firm must also directly inform the affected individuals without undue delay. This is a higher threshold than for reporting to the ICO: so not every personal data breach will need be reported directly to individuals.

For regulated firms, there is no absolute or express obligation to notify the FCA (or PRA) of all personal data breaches. However, firms will still need to assess on a case-by-case basis whether or not the severity of any incident means that the FCA or PRA must be notified. This would include if a data breach meets the criteria set out in the FCA Supervision Handbook (for example, because it could have a significant adverse impact on the firms' reputation, or where it could affect the firm's ability to continue to provide adequate services to its customers and which could result in serious detriment to a customer of the firm) or where the breach is a matter the FCA may expect notice of (for example, if the data breach amounted to a significant failure in the firm's systems or controls).  Firms should anticipate that the FCA and ICO may share information about breach notifications with each other, which may in turn influence reporting decisions.

If all else fails… what would enforcement action look like? 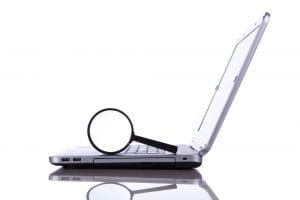 The enforcement powers of the ICO under the previous Data Protection Act 1998 are extended and enhanced under the new Data Protection Act 2018. The new Act bolsters the ICO's existing power to serve information notices with a sanction if a false statement is made in response to such a notice, broadens the ICO's ability to conduct onsite assessments to all data controllers and processors (as opposed to government departments or public authorities) and increases the scope and quantum of penalty notices.

The FCA is continuing to develop its relationship with the ICO post-GDPR, and an updated Memorandum of Understanding between the agencies is expected to be published shortly. The current MOU, in place since 2014, provides that both the FCA and ICO have the discretion to alert each other to any potential breaches of legislation applicable to the other regulator it discovers whilst undertaking its duties (subject to any legal restrictions on the disclosure of information). They may also cross-refer matters to each other if the other body is more appropriately placed to deal with an incident.

The ICO will be responsible for regulating the GDPR, but the FCA has been clear that it will also have regard to firms' compliance with the GDPR under its rules. For example, under Senior Management Arrangements, Systems and Controls sourcebook, firms are obliged to establish, maintain and improve such systems and controls appropriate to their business, which would include appropriate technology and cyber resilient systems.

Similarly, the FCA has noted that compliance with the GDPR is a board level responsibility, and it expects firms to be able to demonstrate that they have taken steps to comply with it. This may also result in queries being asked of Senior Managers with overall responsibility for any areas suffering from data breaches.

In the post-GDPR world, regulated firms face uncertain regarding the division of enforcement responsibility when it comes to issues with their handling of personal data. Although there are no recent FCA/PRA enforcement decisions in this space, the financial services regulators may well take an interest should such data breaches be serious enough to amount to a systems and control issue, or where firms face a risk of serious reputational harm.  In its 2018-2019 Business Plan, the FCA did identify big data and technology as one of its cross sector priorities.  Whether one agency would step aside in such a case may come down to an issue of their respective strategic priorities or resourcing: otherwise, firms may face a "dual-track" investigation with simultaneous scrutiny from the FCA/PRA and the ICO.