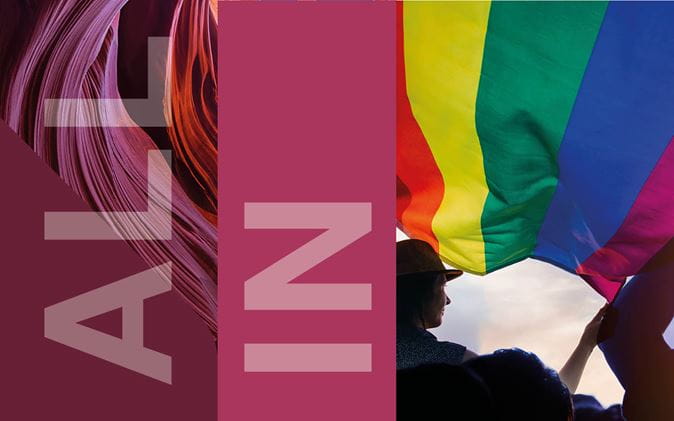 There’s an understanding that LGBTQ+ colleagues should feel welcome, valued and confident that they will not be excluded or held back in any way.

The mentoring scheme from A&Out was introduced in 2021 and brings LGBTQ+ colleagues together to share experiences and support each other. Mentor and mentee, John Budd and Robert Dickens, discuss what the scheme has meant to them.

Robert is a London-based, third seat trainee in the final stages of his training. “I’m preparing for my first client secondment and looking forward to qualifying in just over six months. For the last six months, I’ve been working in IP litigation and I'm now in the process of making the tricky decision as to where I’d like to work when I qualify.”

John has been a lawyer for ten years and also lives in London. “I started my career at another City law firm before moving to work in-house at the Bank of England. After five years there, I knew I wanted to return to private practice, so after various conversations with friends who work at A&O, I joined in 2020 and was delighted to be promoted to senior associate last year.”

John explains how he and Robert became involved in the mentoring scheme: “We received an email from David Stone, Partner and A&Out committee member, inviting us to join. There wasn’t too much guidance around what the pairing could achieve or which direction to take it, which worked well for us as it gave the freedom to take it whichever way we found valuable. Initially, I envisaged that I would be paired with someone more senior in the firm. Little did I know that I would be the mentor, but I’ve actually learnt so much from the experience.”

Robert was a trainee during the pandemic, with limited opportunities to meet with other colleagues in other areas of the business, “so even putting LGBTQ+ aside, it seemed like a great thing to do. John and I initially met virtually, but it’s been great to actually meet up in person after lockdown and grab a coffee.  Last week we even managed to go for lunch outside the office, which seemed impossible until recently!”

There are real benefits to a specific LGBTQ+ mentoring scheme

Robert finds it reassuring to know that he’s got an independent and confidential source of advice with similar lived experiences to himself. “At work, I'm fortunate enough to have always felt that I can be open about who I am, but there are always situations where I think it’s helpful to chat through your thoughts with someone else, particularly someone with more experience.”

John is pleasantly surprised that Robert has felt able to be very open at work from the start. “It reminded me that things have come a long way since I was a trainee, which wasn't actually that long ago.  Although there’s no room of complacency for the LGBTQ+ community, it’s good to remember the journey we’ve travelled so far. As a trainee, I certainly wasn’t out with all of my colleagues and nor were many of my LGBTQ+ peers. It wasn’t that I felt I was in an oppressive environment, but at the time it just didn’t feel right to do so. I’m glad that appears to have changed.

But representation from more senior colleagues is so important, particularly for trainees just starting their careers who are still figuring out the workplace. I would have valued being able to have an open dialogue with someone similar when I was in that position.

Even though we’ve come so far, a specific mentoring scheme is vital

“Individuals are still faced with complex LGBTQ+ issues on a daily basis,” says Robert, “sometimes quite subtle and always personal, so I think there’s definitely value in having a tailored mentoring scheme that can provide help and support.”

The mentoring programme allows space for discussions on all topics

Although mentor and mentee are able to cover any topic during the sessions, it works well to have a specific mentoring scheme so they can open up about LGBTQ+-specific issues with someone that understands the situation.

“I’m approaching my first client secondment”, says Robert “and, although I still sometimes have concerns about how people will react when I come out to them, every time I have the conversation, I find it gets a little easier and there's a comfort in knowing others sometimes feel the same. Of course, getting different perspectives and practical steps to take with any problem can make things less daunting.”

He also explains how the conversations move beyond LGBTQ+. “As is typically the case around the end of a trainee's third seat, a big thing playing on my mind is the discussion around which team I'd like to join on qualification. John has provided simple yet effective advice throughout, including encouraging me to develop a list of pros and cons and making sure that I take into account the subject matter of the work rather than just the teams of people I’d be working with, as they may change. It’s been really helpful to focus my mind.”

John explains further: “Providing support and the space to have these conversations is useful for anyone thinking through what’s best for them. It’s hopefully helpful for them to draw on others’ experiences when they’re at the early stages of their career, and we’ve both gained a great deal from the programme.”

A&Out’s LGBTQ+ mentoring programme has created a rewarding connection between Robert and John where they can talk openly about many aspects of their professional and personal lives.