Previously, Julian served as an Assistant U.S. Attorney in the U.S. Attorney’s Office for the Southern District of New York (SDNY) where he was a member of the Securities and Commodities Fraud Unit. Among his many prominent cases at SDNY, Julian served as a lead prosecutor in the investigation of the Bernard L. Madoff Ponzi Scheme, the largest financial crime in world history.

On 15 December 2020, the UK government published its long-awaited proposals “to make the UK a safer place to be online” through its final response to the Online Harms White Paper

We have recently produced a client presentation on global trends in private M&A. Our findings draw on an in-depth analysis of around 1,400 private M&A deals that A&O has advised on globally, looking…

The Covid-19 coronavirus pandemic has brought unprecedented global challenges across all industries.  Each day brings new medical information, a new projection on the economic impact, and seemingly…

Culture, compliance, and corporate governance in the new decade

This year marks the beginning of a new decade, challenging us to look back at the progress and innovation the business community has made with regard to compliance and corporate governance, but also… 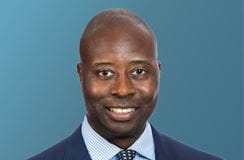