Sheila is a Partner in Allen & Overy’s Global International Arbitration Group based in Singapore and Co-head of the firm's India Group. She has advised on a wide range of arbitration matters, both commercial arbitrations and investor-State arbitrations, as well as arbitration related court matters. Besides Hong Kong SAR and Singapore, her experience spans most of Asia, including Indonesia, Malaysia, Myanmar, the Mainland China, Japan and, in particular, India, where she spent six months as a Consultant with Trilegal in 2011. She is a Solicitor Advocate, with Higher Rights of Audience before the Senior Courts of England & Wales and the Courts of Hong Kong. She is enrolled in the Bar Council of New Delhi and is also qualified to appear before the Singapore International Commercial Court. She regularly sits as arbitrator, and more recently, as presiding arbitrator. Sheila has particular experience of complex commercial disputes, disputes arising from joint ventures and distributorship arrangements, disputes relating to complex financial products and energy and infrastructure disputes.

Sheila is listed in the Chambers Asia Pacific 2022 rankings for both Dispute Resolution: Arbitration in Singapore and Dispute Resolution in India. She is the highest ranked female arbitration counsel in Singapore with Chambers stating that “She has a reputation for being ‘on top of the case at all times,’ as well as creative in the face of challenging problems and ‘extremely persuasive and effective as an arbitration lawyer and partner.’” In addition, she is described as being “‘extremely competent’ according to market sources, and clients describe her as ‘smart, very detailed, and an excellent advocate.’”

In respect of the India rankings, Sheila is one of only nine individuals ranked worldwide for Indian Disputes - Expertise Based Abroad by Chambers Asia Pacific 2022, which notes that she “is sought out for her assistance with investor-state and commercial arbitration. A client remarks that ‘she is simply the best; a charismatic leader with a razor-sharp mind and strategic vision who is culturally attuned and a versatile advocate.’ Another source asserts: ‘Sheila is a superb lawyer who understands the issues, expresses her positions clearly, is always available and is able to bring innovative solutions to the table.’”

Sheila is also recommended by Legal 500 Asia Pacific 2022, which quotes a client as saying she “‘is always immaculately prepared. Her written and oral advocacy is first class. Her witness management is impressive. She makes everything she says and does seem reasonable… She is a trustworthy advocate and an effective one.’”

Who’s Who Legal 2022 states that she “impresses respondents with the depth of her arbitration expertise, who subsequently recommend her as ‘one of the best advocates in Singapore’.”

Sheila was named Arbitration Lawyer of the Year, SE Asia at the ALB Women in Law Awards 2021.

Admitted to Bar Council of Delhi, 2022 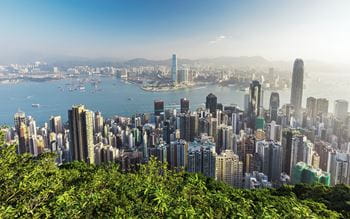 Success for A&O at ALB Women in Law Awards 2021

Admitted to Bar Council of Delhi, 2022