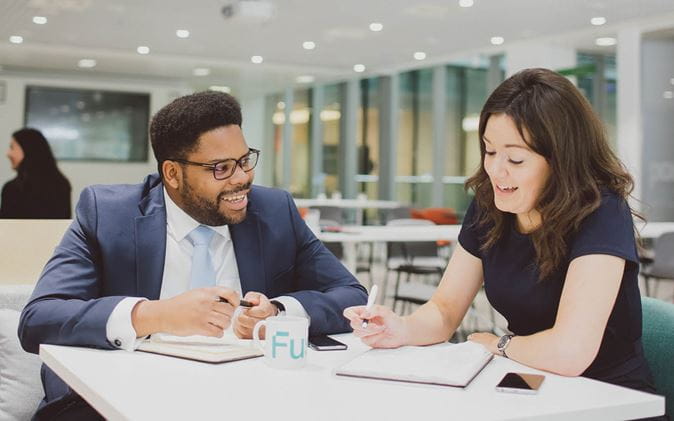 Unitary Patent System – final meltdown, or is there still hope?

About 60 years in the making, the Europe-wide system which so many have worked so hard for so long to create, appears fatally wounded – but is it really?

To recap, the system was designed to provide one single Europe-wide patent (Unitary Patent – UP), and a dedicated court to enforce it (Unified Patents Court – UPC), saving companies from needing to apply for a patent and court remedies separately in every country where they wanted protection.

The agreement was signed in 2013, and its entry into force required at least 13 Member States to ratify it, including France, Germany and the UK – being the countries between which the Central Division of the new Europe-wide court would be split, and those in which the most European patents are validated.

Things seemed to be progressing well, with ratifications coming in, including that of France and the UK, and practical preparations starting. On the legal side, the CJEU dismissed legal challenges against the system in 2015. Everyone was preparing for the UPC to become a reality within a matter of months, when unexpected obstacles arose.

The first obstacle was a complaint filed by an attorney to the German Constitutional Court (BundesVerfassungsGericht), raising both substantive and procedural arguments.

After considering the case for almost 3 years, the German Constitutional Court finally issued its decision of 13 February 2020 and published on 20 March 2020, dismissing most of the arguments but deciding that the way the German parliament approved its legislation to ratify the underlying treaty setting up the UPC, was unconstitutional because for such a treaty which potentially affects lives of citizens by transferring certain powers to the EU, two thirds of the entire Parliament would have to agree to it. The legislation was passed unanimously by those sitting in the Parliamentary chamber on that late evening, but they numbered far less than two thirds of the entire Parliament. There is no appeal possible from this decision.

Would it be possible for Germany to simply introduce a new piece of legislation which will be voted on with the required two thirds majority? That certainly appears to be the view of the Federal Government, which announced that it would do so shortly. Subject to that legislation being passed, Germany might still be able to ratify. Perhaps, but it appears there will have to be a change to the Unified Patent Court Agreement (UPCA) first, due to the situation with the UK (see below) and there is no guarantee that in re-opening discussion about UPCA, other objections won’t surface. UPCA and the UP regulations were very hard to negotiate in the first place, with long-running issues, particularly involving which languages should be used for proceedings.

The second obstacle was – of course – Brexit, which opened a period of uncertainty in many respects, including for the UPC.

Despite repeated efforts to the contrary, the most recent statements from the Prime Minister’s office clarified that the UK will no longer be seeking to remain in the UP and UPC systems. This latest statement from the Government goes against previous efforts by members of the same party at least prior to the recent election of Boris Johnson. It also flies in the face of efforts which have been made and goodwill which always has been and still remains among a large part of the patent professions in the UK to continue being a central nation in the UP and UPC systems.

This means that, concerning the UPC, the UK is currently somewhat in limbo: on the one hand, it has ratified the UPC agreement, and that ratification has not been withdrawn to date, but on the other hand it has now made clear that it does not wish to be a part of the system.

What would be required for the UPC to go live?

If there is a will, there are three different ways

The Preparatory Committee, as well as a number of Member States and a substantial part of the industry, remain positive and keen to continue the work to bring the UPC to fruition. The path to the UPC coming into force is, however, slightly unclear.

What is clear, is that there is no road ahead for the UPC unless and until Germany ratifies the UPC agreement. Assuming that Germany does so, three routes could be envisaged.

First, some argue that, if Germany ratifies (again) before Brexit becomes entirely effective, then the conditions set out in the UPC agreement will be fulfilled and the system will come into force as planned. The UK's current uncertain status, and its subsequent departure from the system, they argue, would not affect this. The consequences of that departure, finally, could arguably be dealt with lightly through decisions of the Administrative Committee. That path, whilst the simplest and the quickest, is criticised by many as being legally shaky because the UK is already not a full Member State of the EU; also, critics point out that following this route would directly ignore the UK's stated desire to not be part of the system.

The two other routes both require amendments to the UPC system in order to take into account Brexit. These amendments, in particular, would pertain to the location of parts of the central division as well as to the ratification process. As such, they could re-open delicate political negotiations between the Member States –particularly as several Member States for example have expressed interest for hosting parts of the central division.

The second route to the UPC would imply a re-negotiation of the UPC agreement, and a new ratification process of the revised agreement. That route, aside from being legally bullet-proof, would allow rectification of some of the perceived imperfections in the system: in the seven years since its signature, practitioners have had the time to familiarise themselves with the UPC, and to suggest potential improvements. It would, however, require several years before we actually see the UPC running.

The third route, somewhere in between the two previous ones, would have the Administrative Committee (i.e. the governments of the Member States) decide the required amendments of the current UPC agreement, without submitting it to a new ratification process. Such a way to proceed, its proponents argue, would be permitted by the Vienna Convention on the Law of Treaties, and would allow the UPC to go live as soon as 2021 or 2022. However, there is a substantial risk that such amendments would be challenged exposing the UPC to a significant uncertainty when it may finally start.

All of this, of course, would require the political will to make the UPC happen, and to strike the compromises needed to sort out the issues raised by the UK's departure from the system. Aside from there currently being other priorities, one could question whether there is currently enough EU-enthusiasm amongst Member States, in a period of time where international co-operation can be challenging. On the other hand, promoters of the system would like to make its success a posterchild of continued European integration, after Brexit and turbulent times.

What if the UK came back?

Any chance the UK will change its mind?

It is probably not out of the question, particularly as the current UK Government is very keen to remain a world leader in innovation and science. Part of the issue on the ground is constant reshuffling of UK IP Ministers, so there is no continuity of care on the subject. The IP Minister most in favour of UK staying in the UP and UPC systems was Jo Johnson, Boris Johnson’s brother – he was first shuffled to a promotion within ministerial ranks, then resigned from his brother's Government.

A number of eminent UK patent practitioners have given evidence recently to the House of Lords select Committee on EU affairs, particularly on the UP and UPC, highlighting the importance of the issue. If there is enough pressure applied in the right way to appeal to how good the system could be for British business, perhaps there could be a change of heart. Alternatively, the Government might view non-participation as also good for business in the UK. It is also worth remembering how much has already been invested by the UK in the project, including the building to house the London part of the Central Division, which has been rented for this purpose since August 2015.

Of course, even if the UK officially extracts itself from the UP and UPC system, British companies will still be able to engage with the system by applying for unitary patents and enforcing them, or being subject to jurisdiction of the UPC if they infringe relevant patents.

Assuming a UK change of heart for a moment, can it stay in the system from a legal standpoint post-Brexit anyway, and what about other non-EU countries?

This has been a long-running question since long before Brexit was ever a serious prospect, and is also relevant to other non-EU states that might want to join the UP and UPC system. At present, the UPC agreement does not allow non-EU member states to be part of the UPC system. This could be renegotiated, if there is political will to do so. But there is still the legal question.

A European Parliamentary Committee's research report of November 2019 stated among other things it is "not per se legally impossible that the UK can stay within the UPC" even if it is not an EU member state. That report also confirms the (positive) interpretation many interested parties had, of the Court of Justice of the European Union's Opinion 1/09 (given in 2011) that such a situation is not ruled out. Optimism is not universal, however, as the Max Planck Institute has the view that staying in the system as a non-EU state could be legally difficult. As with many legal situations where there is an interpretation question, it is possible to arrive at the most desirable right answer where there is the goodwill to do it. However, the ultimate competence of the CJEU is a precondition and a hurdle which will most probably be highly difficult for the UK Government to jump over.

Despite a lot of pessimism that because of the UK and German situations the whole project is dead, there is still a lot of goodwill that has built up over several decades of work, so it could be seen in the future that the current situation was just a temporary blip in the road to success of the UP and UPC systems. If political will is lacking, however, then it is unlikely that we will see the UPC up and running for a very long time, if ever.