Although much of the reporting around CRISPR tends to focus on its cleavage based ability to knock out or repair targeted sequences of DNA in a genome, some of the most exciting developments in the CRISPR field do not involve gene editing at all. Many of these advances are already being put into effect in basic science research, molecular diagnostics and drug discovery. DETECTR, CAMERA and SHERLOCK are the acronyms that researchers have given some of the latest of these diagnostic manifestations of CRISPR technology, which are being developed by some of the leading lights in the field. This article profiles the science and significance of these new CRISPR-based tools.

The Opposition Division (OD) of the European Patent Office (EPO) has today revoked the one of the Broad Institute’s foundational CRISPR-Cas9 patents in Europe (EP2771468), upholding the preliminary opinion, which also found all claims of the patent to be invalid.  The revocation of the patent will be suspended pending the completion of the appeal process, which the Broad has already flagged it will pursue.

In the first of a two-part update, first published in the December 2017/January 2018 issue of Intellectual Property Magazine, Allen & Overy’s Daniel Lim considers some of the key developments in CRISPR’s increasingly complex IP patent and licensing landscape. Part 1 focuses on the big recent shifts in the CRISPR IP landscape.

September 2017 - CRISPR: How will it change our lives?

CRISPR gene editing technology is one of the most significant breakthroughs of our age. Its possibilities are far reaching and promises to be of revolutionary importance in the treatment of genetic disorders as well as in drug development, animal health, crop science and across the bio-industrial sector. Allen & Overy’s Marc Döring and Daniel Lim discuss CRISPR and its impact along with guest authors from Regeneron and the University of Rochester.


August 2017 - Regulating CRISPR genome editing in humans: where do we go from here?

The use of genome-editing techniques in medical therapies has proved to be a promising development in the treatment of certain diseases, such as cancer, HIV and rare diseases, by genetically altering specific types of cells. Compared to other techniques used to insert, delete or replace DNA in the genome of an organism, CRISPR/Cas9 is much quicker, easier to use and less costly, may be more precise in its application, and can also be used to edit multiple genes simultaneously. The technique therefore has the potential to be a true “game-changer” in medicine with profound beneficial effects on human health. However, the enthusiasm for the opportunities of this promising technology should be accompanied by adequate regulatory oversight to guarantee the safety of products and applications that use this technology.
Read more

In an article published in American Journal of Human Genetics on 3 August 2017, an international group of 11 organisations with genetics expertise has issued a joint position statement, setting out 3 key positions on the question of human germline genome editing…

In a press release on 10 July 2017, the Broad Institute announced that is has, with joint patent owners Harvard University, the Massachusetts Institute of Technology and the Rockefeller University, entered discussions about a potential CRISPR patent pool.  The institutions collectively submitted 22 patents (from 10 patent families) for consideration to be included in a CRISPR-Cas9 joint patent pool.  The proposed patent pool is being coordinated by MPEG LA, an organisation that coordinates various other patent pools in a variety of different fields, predominantly in the video technology space.  The Broad Institute’s letter submitting these patents for eligibility evaluation can be accessed here.
Read more

A&O’s Marc Döring and Daniel Lim examine the difficult questions regarding the CRISPR IP licensing landscape in this article, first published in IP Magazine this month. They discuss how to obtain freedom to operate in the current landscape, how things might change by the time CRISPR-based products come to market, and what sorts of CRISPR patents might come to be most commercially relevant in the long term.

This article was first published in IP Magazine.

March 2017 - Round one of the U.S. CRISPR patent battle is over - but what does the PTAB's no interference-in-fact decision really mean?

The decision handed down on 15 Feb by the USPTO’s Patent Trial and Appeal Board (PTAB) has been hailed as a resounding victory for the Broad Institute and is the most significant recent event in the legal and licensing side of the CRISPR story, but in the long run the decision may be less influential than initial market reactions might suggest.

For those not closely following the CRISPR landscape, the pace and complexity of developments can be overwhelming. This A&O article analyses the ramifications for the parties in the short, medium and long term, and their current and prospective licensees and collaborators.

February 2017 - Editing the future: A brief introduction to CRISPR

The decision handed down on 15 Feb by the USPTO’s Patent Trial and Appeal Board (PTAB) represents perhaps the most significant recent event in the legal and licensing side of the CRISPR story.

For those not closely following the CRISPR landscape, the pace of developments can be overwhelming. This A&O article sets out the basic principles behind the technology and why it has taken the scientific world by storm, as well as outlining why the patent dispute matters so much towards editing the future. 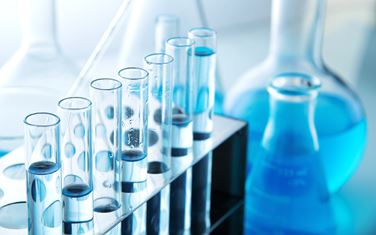 We regularly report on the latest developments in the CRISPR field, as well as many more life sciences topics.