Steve joined A&O in 2022 as special adviser on data protection. Prior to this, Steve spent 15 years at the UK ICO and took up his role as Deputy Information Commissioner in 2017.  As Deputy, Steve was responsible for ICO policy development and regulatory strategy.

During his time at the ICO, Steve also held the position of Head of International Strategy and Intelligence, responsible for overseeing the ICO’s international strategy, the ICO’s intelligence hub and management of high profile cases; and the roles of Head of Policy Delivery and Assistant Commissioner for FOI Policy.

Steve was instrumental in shaping the UK position on the General Data Protection Regulation during its negotiation and then on guidance for its implementation. He also has extensive experience of international institutions such as the EU EDPB and OECD, including chairing an OECD Working Party. Steve oversaw the development of the ICO’s policy approach to the Freedom of Information Act in the formative stages of its introduction. This included guidance and position at Information Tribunal appeals. He led the ICO’s approach to major cases such the Iraq Cabinet Minutes, MPs’ expenses, Hillsborough and ClimateGate.

His wealth of experience and knowledge of data protection policy and enforcement bolsters Allen & Overy’s existing data protection team in London at a time of significant regulatory change and growing client demand for advice and support in this fast moving area. During his time as Deputy Commissioner, Steve saw first-hand how this area of law has evolved, the key areas of risk, and the impact it can have on businesses and ordinary citizens. 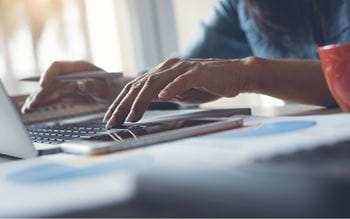