Eve is a white collar crime specialist with almost 20 years of experience advising on high profile criminal investigations.  Eve acts for both individuals and domestic and multinational corporations in a broad range of sectors including financial services, mining, energy, infrastructure, commodities, construction and engineering.

She specialises in corporate crime cases including international and domestic corruption, cartels, insider dealing, market abuse, fraud, money laundering and extradition. She is an experienced criminal trial litigator and has defended a number of cases at trial against the SFO, FCA, CPS and the UK Competition Regulator (now the CMA).

Eve’s experience includes acting for corporates in internal investigations into overseas corruption, fraud and money laundering. She has a particular interest in the issues around privilege in criminal investigations and conducting interviews of key witnesses. She regularly interacts with the regulators on behalf of her clients, including the SFO, CMA, FCA and overseas regulators, such as the DoJ.

Eve provides anti-bribery advice to corporations and has advised an overseas government on its review of its money laundering and corruption legislation. Eve has regularly acted for senior individuals in the majority of the SFO's overseas corruption investigations into multinational corporations. Her work has included acting in cases relating to parliamentary privilege and misconduct in a public office. She has successfully defended extradition requests from the US, South Africa and EU countries and advises in respect of Interpol Red Notices.

Eve works closely with our employment and regulatory teams in advising clients on #MeToo allegations. She has acted in a variety of insider dealing, money laundering, market abuse, Libor and FX investigations by the FCA. She acted for an individual in the (then) FSA's first criminal prosecution under FSMA for misleading the market. She has acted for MLROs in dual track criminal and regulatory investigations and she is also acting for a Senior Manager under investigation by the FCA under their Senior Managers Certification Regime. She also advised an FCA individual in the Davis Inquiry.

Eve is one of only a handful of criminal practitioners who are ranked in Band 1 in Chambers for her criminal cartel expertise. She acted in the first contested criminal cartel case (BA / Virgin) and has been involved in nearly all of the CMA's subsequent criminal investigations. She has also advised and represented individuals in a number of the CMA’s civil investigations, including the first online retail case. She regularly advises in respect of immunity application interviews, compelled interviews and interviews under caution.

Commentators say: “she is excellent in sensitive situations” and also praise her as “very knowledgeable, straightforward and easy to deal with.” (Chambers UK 2019, Financial Services: Contentious Regulatory)

Recognised as one of the top 100 female white collar practitioners from across the Globe. (GIR Women in Investigations 2018)

Commentators describe Eve as "somebody you want on your side", praising her as "very effective and committed to clients". (Chambers UK 2018, Ranked in Band 1 for Financial Crime (Individuals): Cartels, and recognised as a Financial Crime and Contentious regulatory expert)

Blessed with "extraordinary emotional intelligence", Eve Giles has a true "dedication to her clients' cause" and is also appreciated for her "mastery of interview tactics". (Legal 500 2018, Financial Services)

"Eve stands out as extremely attentive and very efficient with a pleasant but clear and firm style". (Who's Who Legal, Business Crime Defence 2017)

Eve Giles is a prominent figure in the sphere of corporate crime. Commentators note that "she understands the bigger picture and has excellent interpersonal skills." She regularly takes on multi-jurisdictional cases, with a broad range of regulatory investigation expertise. (Chambers UK 2016)

Advising a broker acquitted in the SFO’s Libor II trial.

Advising the majority of the SFO’s investigations on overseas corruption. 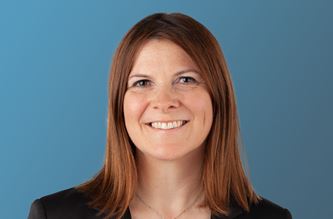 Eve Giles receives glowing praise from peers who recognise her as 'one of the top practitioners' in the field, with 'a great reputation and experience' in white-collar criminal defence. Another source adds that she is 'client-focused and pragmatic.'

She is 'a wonderful counsellor in all senses of the word,' remarks a source. 'Eve is very far-sighted about strategy, and having that paired with her calm and client-focused approach leads to good results.'

Eve Giles is dedicated and clever, with great tactical awareness. She provides exceptional client care and is detailed, meticulous and persistent.

Blessed with 'extraordinary emotional intelligence', Eve Giles has a true 'dedication to her clients' cause' and is also appreciated for her 'mastery of interview tactics'.

Future challenges in economic crime: a view from the SFO

“Future challenges in economic crime: a view from the SFO” was the title of a speech that Lisa Osofsky, Director of the SFO, gave on 8 October 2020. The speech, which touches upon new challenges as… 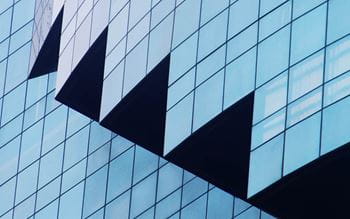 The latest on anti-corruption efforts and prosecutions in the UK

Washington, D.C. partner Billy Jacobson speaks with London partner Eve Giles about anti-corruption efforts and prosecutions in the UK, including the standards for corporate liability and the SFO’s…

The Director of the SFO, Lisa Osofsky, confirmed back in April of this year that she would “soon be issuing guidance for corporates and their legal advisers to provide them with added transparency…

Risks and mitigants for non-regulated companies