Where are we now? 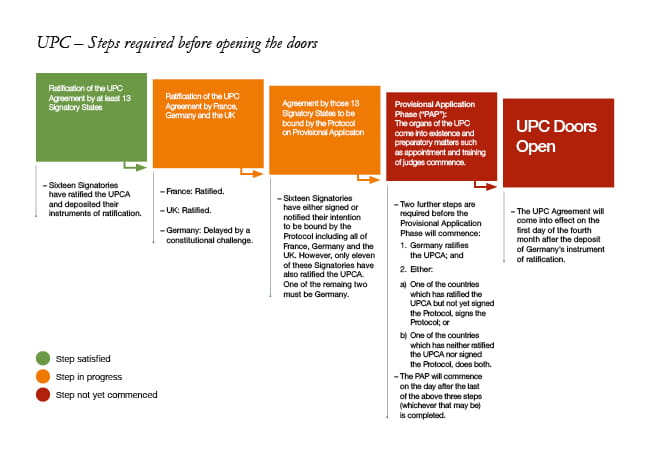 Status of ratification in the UK

Note 1: Scotland initially requested its own local division, but this now appears unlikely.

Note 2: Greece published draft legislation in March 2017 which indicated that Greece would be the seat either of a local or regional division. It has been reported that Bulgaria, Cyprus, Greece, Romania and Slovenia are considering establishing a regional division, of which Greece may be the seat.

Note 4: Luxembourg and Malta have announced that they do not intend to establish local divisions nor join regional divisions, but instead will cases directly to the Central Division.

Note 5: Portugal has indicated a wish to join a regional division.