The arrival of the Unified Patent Court is expected to significantly alter the landscape for patent owners in Europe. With preparation for the go-live well underway, we’ve pulled together brief answers to some frequently asked questions.

The primary remedy available to proprietors is an injunction to stop the infringer from committing further infringing acts. According to Art. 63 UPCA, upon the finding of an infringement the court may grant an injunction. The discretion for the court to order the injunction allows the court to not grant an injunction in cases of disproportionality, as required by the Enforcement Directive (Directive 2004/48/EC). The injunction can be ordered by way of a preliminary injunction – also, ex parte preliminary injunctions are in principle possible. Injunctions ordered by the UPC are enforceable in all participating member states in which the patent is valid and in force (ie, in the case of a unitary patent, in all contracting states).

When considering these corrective measures the court takes into account the proportionality between the seriousness of the infringement and the remedies to be ordered, the willingness of the infringer to convert the materials into a non-infringing state as well as the interests of third parties. These corrective measures may be ordered without prejudice to damages due to the injured party by reason of the infringement and without compensation of any sort. Consequently, the court will order the infringer to carry out the order at its own expense unless there are particular reasons against doing so.

Non-punitive damages will also be available as a remedy under the UPCA and will be calculated by either considering “all appropriate aspects” (which include lost profits, unfair profits [of the infringer] and the moral prejudice caused) or – in appropriate cases – under the co-called “licensing analogy” method, in which the damages are assessed as a lump sum based on the amount of royalties or fees which would have been due if the infringer had successfully requested authorisation to use the patent in question.

As for the Enforcement Directive (Directive 2004/48/EC) the UPCA intends to diminish the amount of damages ordered to infringers who did not know/had no reasonable grounds to have known that they were engaging in the infringing activity; however, the UPC even has discretion to order payment of an infringer’s profit or compensation in the event of a non-negligent infringement (Art. 68 (4) UPCA).

Article 61 UPCA provides for the precautionary seizure of an alleged infringer's property, including the blocking of bank accounts (freezing orders) and other assets that may be requested ex parte.

Article 80 UPCA provides that at the request of the applicant and at the expense of the infringer the court may order appropriate measures for the dissemination of information concerning the court’s decision including the publication of UPC decisions in full or in part, eg in the public media.

The UPC has the power to grant injunctions, orders for seizure of evidence (Art. 60 (2) UPCA), orders for inspections (Art. 60 (3) UPCA) and orders to produce evidence (Art. 59 UPCA) as a preliminary measure. The UPC may issue these measures ex parte if the delay in doing so would cause irreparable damage to the patent owner or if there is a demonstrable risk of evidence being destroyed. The request for preliminary measures can be filed before or during main proceedings. The defendant has the right for the order to be revoked if proceedings on the merits are not initiated within a set deadline. If the measure is found to be unlawful the defendant is entitled to compensation.

It is likely that existing licensing agreements will not have any provisions regarding opt out of the UPC. Under the current draft Rules of Procedure, only the proprietor can notify the Registry of a decision to opt out.

Patentees and licensees may have differing views as regards opting out. For example, patentees may wish to opt out in order to avoid the risk of a central revocation. On the other hand, licensees may wish to be in the UPC system so that they have the ability to obtain a UPC-wide injunction, as and when necessary. In order to avoid any disputes, patentees and licensees should review their licensing agreements now and decide who should be responsible for deciding whether to opt out. Similarly, patentees that are currently negotiating a licence should consider who has the right to decide whether to opt out.

Patentees and licensees should also consider the provisions relating to who can be a party to proceedings in the UPC. The Unified Patent Court Agreement states that:

Unitary patent renewal fees will be equivalent to the total renewal fees for the four most popular jurisdictions for a traditional European patent, in the year 2015 (see here).

There are a range of applicable court fees, including the following:

The general rule is that the losing party will pay the winning party’s legal costs of the proceedings. The UPC will operate a scale of ceilings for recoverable costs from EUR38,000 for claims worth up to and including EUR250,000, increasing to EUR2,000,000 for claims worth more than EUR50,000,000.

In some circumstances, such as cases of particular complexity, the ceiling may be raised but only up to a maximum of EUR5,000,000 in cases where the claim is worth more than EUR50,000,000.

Evidence may be provided in a variety of ways. Article 53 UPCA contains a non-exhaustive list of possible evidence, including the hearing of parties and witnesses, requests for information, the production of documents, expert opinions and sworn statements in writing (affidavits). In general, the parties must establish their evidence by themselves and, in line with the “frontloaded” approach of the proceedings, submit it in written briefs prior to the oral hearing.

The court may of its own motion appoint an expert. It is expected that this may happen in cases where the court considers that it requires the technical knowledge of an expert to resolve a specific technical question. As laid down in R.185 ROP, the parties will be heard before the appointment of the court expert, can make suggestions on the identity, and can comment on the expertise, independence and impartiality of the court expert. The court expert has to provide its expert report in writing to the court and the parties are invited to comment on the expert report in writing or during the oral hearing (R.186 ROP).

As well as experts appointed by the court, the parties can put forward their own expert evidence. It is expected that this expert evidence will mostly be in the form of written opinions and affidavits. However, if ordered, the experts (both of the court as well as the party experts) may be heard either during a separate hearing or during an oral hearing. The hearing of the experts will always be under the control of the presiding judge. The judges on the panel as well as the parties – under the control of the presiding judge – may put questions to the expert.

Although there will be nothing comparable to discovery as known in U.S. proceedings, Arts. 59-63 UPCA in line with Rules 190 et seq. ROP constitute provisions on evidence gathering and allow the court to order measures to preserve evidence and inspect premises. For example, Art. 60 UPCA provides that an application for preserving evidence and/or inspection may be lodged. The inspection may be directed to the inspection of products, devices and premises. The inspection will be conducted by a person appointed by the court with the applicant not being present at the inspection. Such measures may be ordered by the court in ex-parte proceedings.

In addition to the safeguard measures regarding the inspection of premises (process carried out by a person appointed by the court, applicant not present) stated above, the UPC can issue orders to protect confidential information such as trade secrets and prevent abuses of evidence. Article 59 and Art. 60 expressly state that the handing down of orders is “subject to the protection of confidential information”. Another example is Art. 58 UPCA, according to which the court can issue orders restricting the use of evidence and/or to restrict access to specifically named persons. Similar wording can be found inter alia in R. 190(1), 196(1), 197(4), 199(1) ROP. 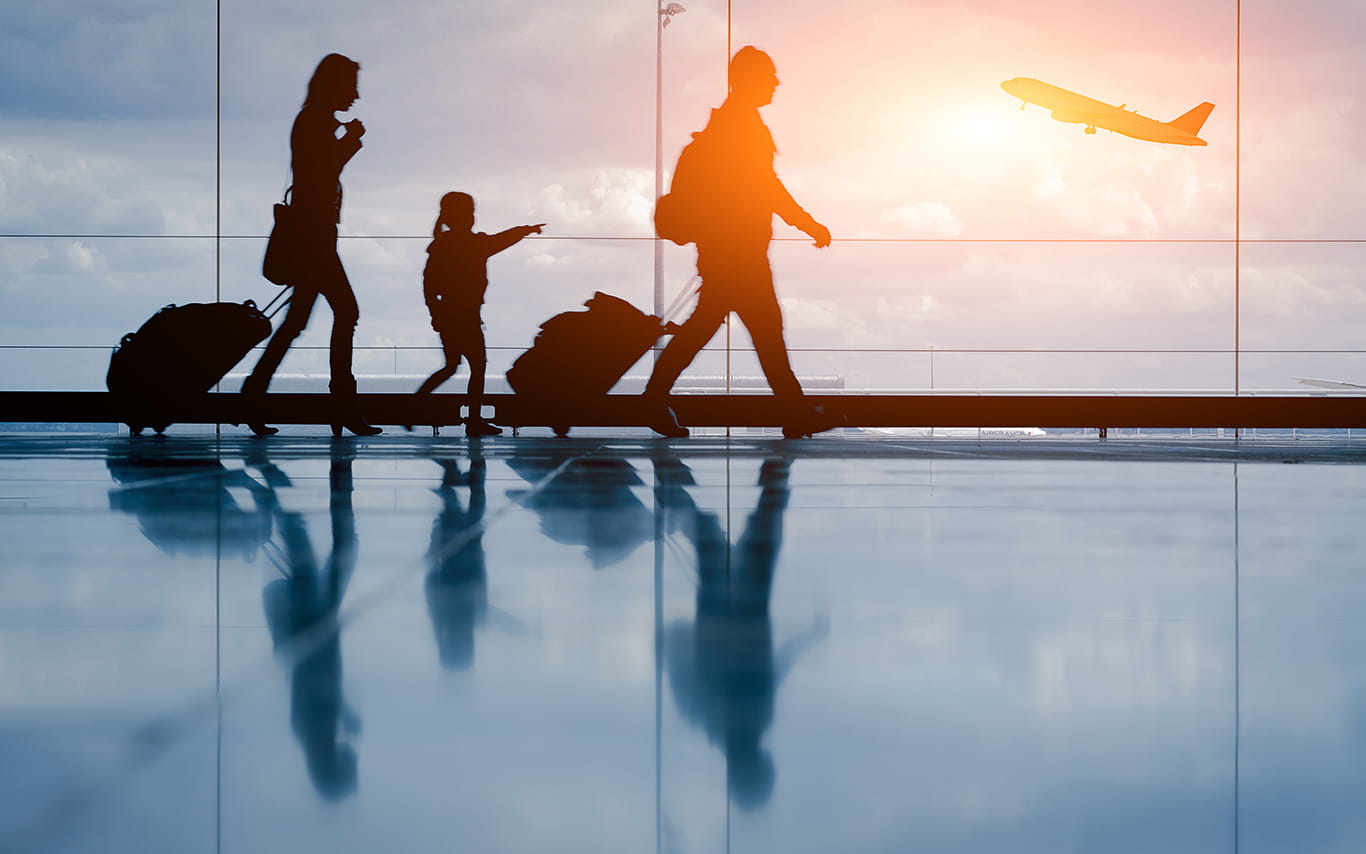