When misappropriated cryptoassets disappear into the ether: key lessons in recovery 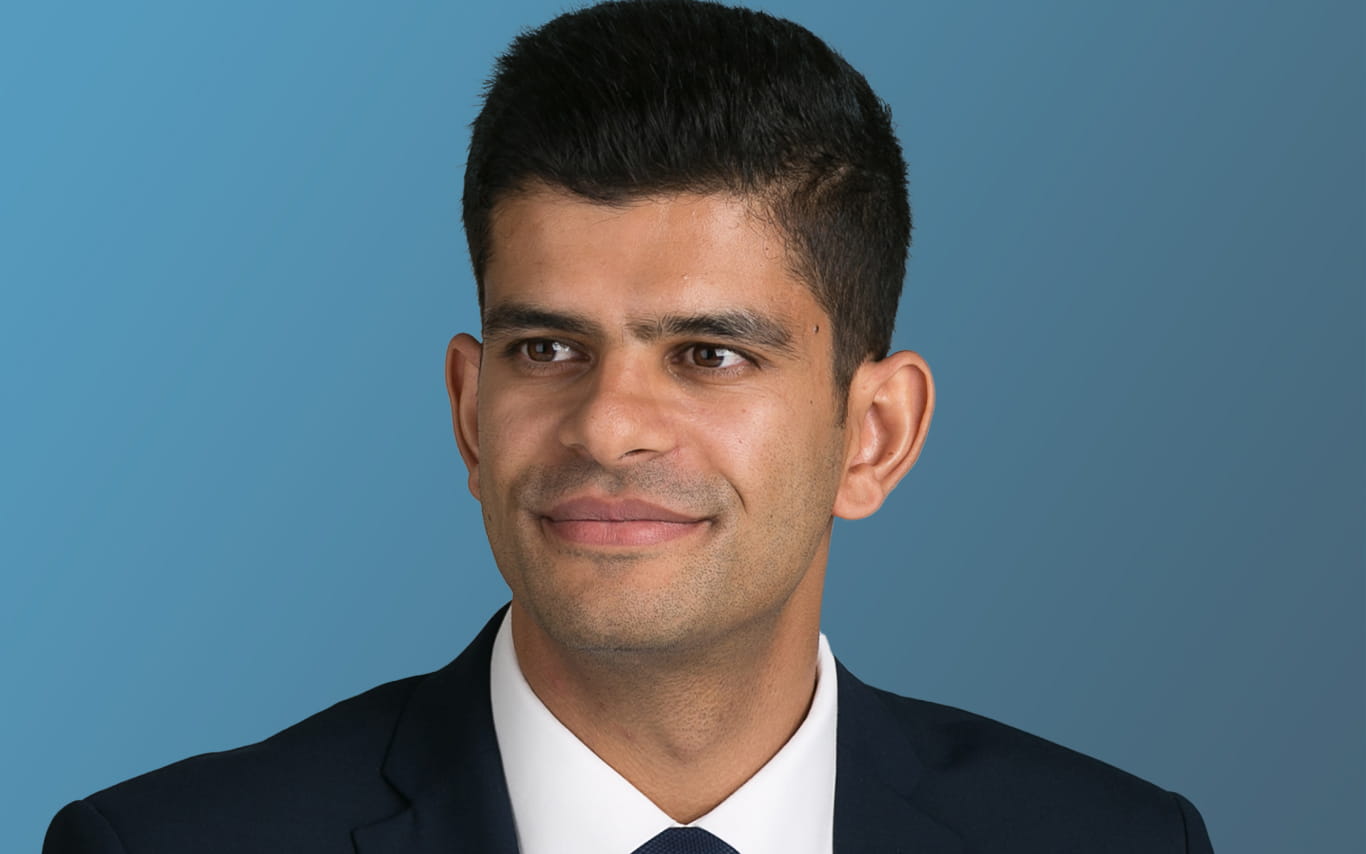 If someone runs off with your cryptoassets, recovering them can quickly become time-consuming and complex.

Wang v Darby is a reminder that clarity in contractual arrangements with a counterparty (particularly where they involve novel technologies and scenarios) and the engagement of a good expert at an early stage in litigation can simplify the process. More broadly, the case also demonstrates: (i) that the “Are cryptoassets property?” question is probably now uncontroversial and the answer is yes; and (ii) the trajectory of development of the law and the types of disputes to come in this area: Wang v Darby [2021] EWHC 3054 (Comm).

What cryptoassets and baking have in common

Cryptoassets have been described as a “steep learning curve”1 for lawyers so a reminder of some of the basics and terminology is a useful starting point. They are assets represented digitally within a system which uses cryptographic authentication (ie where only the holder of the private key can deal with the asset). Dealings are broadcasted to a network of participants and, once confirmed as valid, added to a digital ledger. The ledger is distributed so that no one participant is in control of it.2

Cryptocurrencies (such as Bitcoin, Ether and Tez) are a type of cryptoasset. The Tezos system involves various processes:

The claimant and defendant then fell out. The defendant removed his social media presence; blocked the claimant on Telegram; and transferred the 400,000 Tez into a deposit address at a USA exchange to trade the Tez for his own gain.

The claimant sued the defendant in England for breach of contract, breach of fiduciary duty and breach of trust. A proprietary injunction and worldwide freezing order were granted at a previous without notice hearing.

The parties agreed that English law applied and that Tez constituted property which could be the subject of a trust.

The only evidence of both contracts was contained in often inconsistent Telegram messages (a 175 page written transcript and a separate voice message transcript). Sometimes the parties used language such as “buy [the Tez] back” which indicated a sale and buy-back arrangement. At other points they used possessive language which indicated a trust, eg the claimant referred to the Tez as “mine” and the defendant referred to the Tez as “yours” even after it had been transferred to the defendant.

The court held that language used by laypersons during conversational online messaging did not dictate the proper legal characterisation of their transactions. The process of characterisation needed to be sensitive to the informal context and the absence of legal advice and formal documentation.

The court then referred to the following key principles:

Essential economic reciprocity of transactions precluded any type of trust

The court held that the claimant’s proprietary claims had no real or reasonable prospect of success at trial and there was no other compelling reason for them to proceed. These claims were struck out and the proprietary injunction was set aside.

The essential economic reciprocity of the transactions (ie for the claimant to become entitled to the return of the Tez, he had to return the Bitcoins or their USD equivalent) precluded any type of trust. Additional reasons that there was no trust included: (i) the claimant’s pleadings characterised the transaction as one of sale or purchase back; (ii) the claimant alleged that he had full ownership of the Bitcoins and the court observed that a trust in respect of the Tez would impose “a stark asymmetry in this reciprocal capital-swapping arrangement”3; (iii) if the Tez were held on trust, then the transfer of Bitcoins would have to be a loan to the claimant but a loan was expressly ruled out by the parties in their messages; and (iv) a trust was not necessary as their commercial interests were sufficiently served by personal rights and obligations (ie contractual duties and potential fiduciary duties). Furthermore, a constructive trust could not arise where the defendant only had a conditional obligation to return digital assets that were entirely fungible and non-identifiable (in contrast to land or other unique or rare property).

The court concluded that there was a serious risk of dissipation by the defendant if not restrained by the worldwide freezing order (underpinned by the personal claims) and granted the claimant’s continuation application for this order. Relevant considerations included: (i) the defendant’s incomplete and inconsistent asset disclosure; and (ii) expert evidence which showed that the defendant held substantial quantities of Bitcoins far in excess of his disclosed net worth and that he had means of control over many digital wallets and access to different trading exchanges.

For parties seeking to recover misappropriated cryptoassets, there are three key lessons. First, proprietary injunctions (provided the claimant has a proprietary claim) have advantages over freezing orders. They do not require the claimant to demonstrate a real risk of dissipation. In addition, there is no presumption that the defendant may access the relevant assets to fund their living and/or legal expenses. Second, clarity in contractual arrangements on how cryptoassets are to be held (eg in a stake bonding relationship) will save a lot of headache later if trust breaks down. Third, invest early in a good expert. Expert evidence will be key in locating assets, demonstrating a risk of dissipation (for freezing orders), and determining whether an effective remedy remains possible throughout the drawn-out process of litigation.

More broadly, other interesting aspects of Wang v Darby relate to what the case didn’t decide.

First, in various interlocutory decisions the English courts have treated cryptoassets as property but there has not yet been a substantive decision. Wang v Darby might have been that decision but the parties agreed that Bitcoin and Tez constituted property. Their willingness to agree this may demonstrate that the property question is now uncontroversial. However, uncertainty remains as to whether cryptoassets are a chose in action (Fetch.ai v Persons Unknown [2021] EWHC 2254 (Comm)) or a third category of intangible property rather than a chose in possession or chose in action (AA v Persons Unknown [2019] EWHC 3556 (Comm)).

Second, Wang v Darby sidestepped the applicable law question: the parties agreed that English law applied even though this case involved an Australian claimant, a UK defendant, and assets transferred to a deposit address at a USA exchange. Applicable law could be significant as jurisdictions may take different approaches to these technologies, eg on the question whether cryptocurrencies are held on trust by exchanges contrast the New Zealand High Court decision in Ruscoe v Cryptopia Ltd (in Liquidation) [2020] NZHC 728 with the Singapore Court of Appeal decision in Quoine Pte Ltd v B2C2 Ltd [2020] SGCA(I) 02. Parties who conclude their contracts via informal online dialogue are unlikely to have considered questions such as applicable law and jurisdiction. They might form part of the target audience for the UK Jurisdiction Taskforce’s Digital Dispute Resolution Rules which address such points; are easy to incorporate; and are aimed at facilitating rapid, informal and cost-effective dispute resolution.

Third, the law in this area develops as the courts apply traditional principles to novel technologies and scenarios, eg Quoine Pte Ltd v B2C2 Ltd [2020] SGCA(I) 02 which considered the application of the doctrine of unilateral mistake in the context of a smart contract. Wang v Darby is no exception: it applies trust law principles to baking and stake bonding. Whilst no trust arose on the facts, the court observed (but did not decide) that, depending on the circumstances, “the transfer of digital assets from one account-holder to another for the purpose of baking or stake bonding could involve or constitute a trust”.4 This question may become more significant if the “proof of stake” mechanism (upon which these Tezos processes are based) overtakes its more energy-intensive relative: the “proof of work” mechanism (upon which Bitcoin mining is based).

Given the absence of a decision on these points, some might regard Wang v Darby, the first contested hearing in England and Wales to deal with the question whether a trust exists over cryptocurrency, as an anti-climax. However, it could also be viewed as a trailer of the cases yet to come.