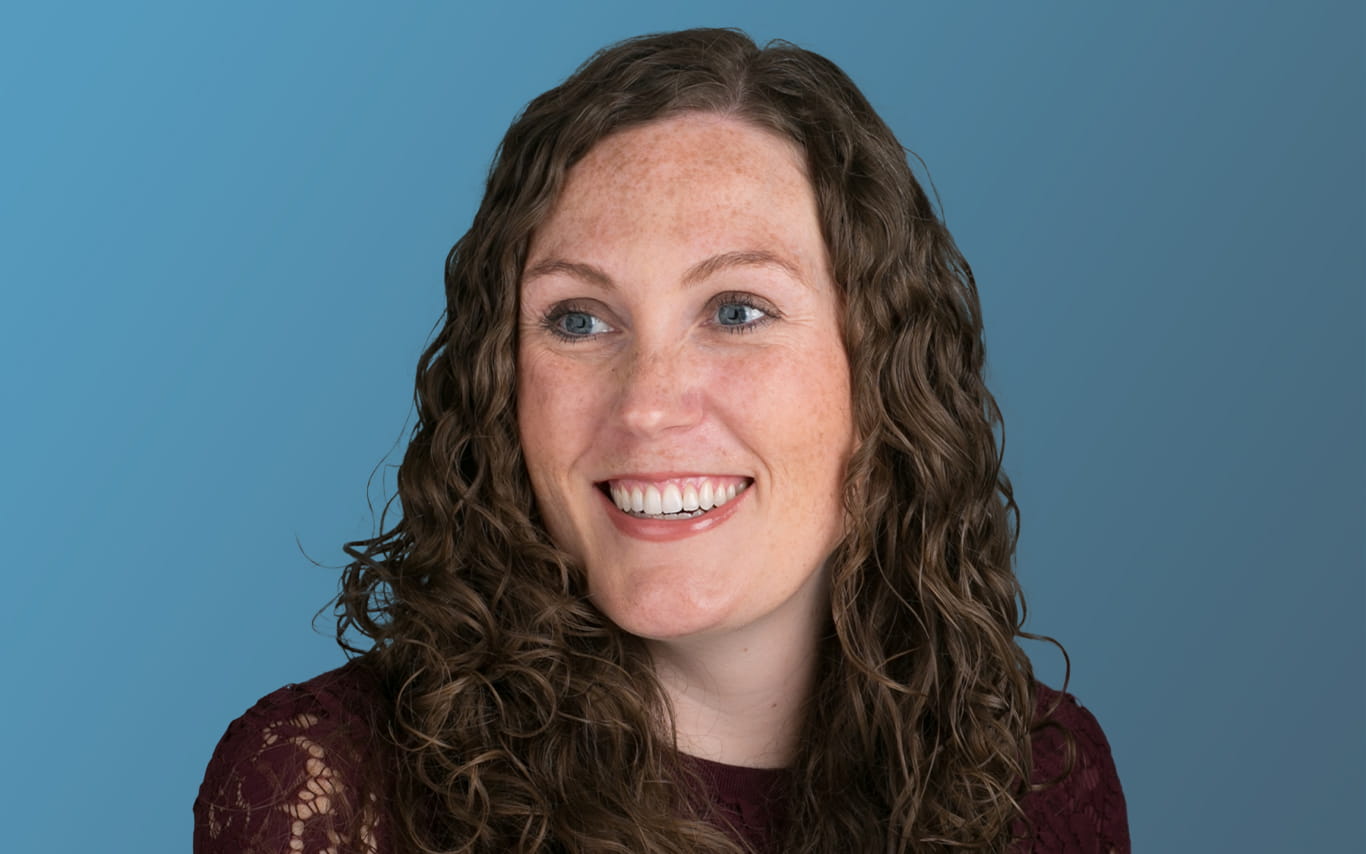 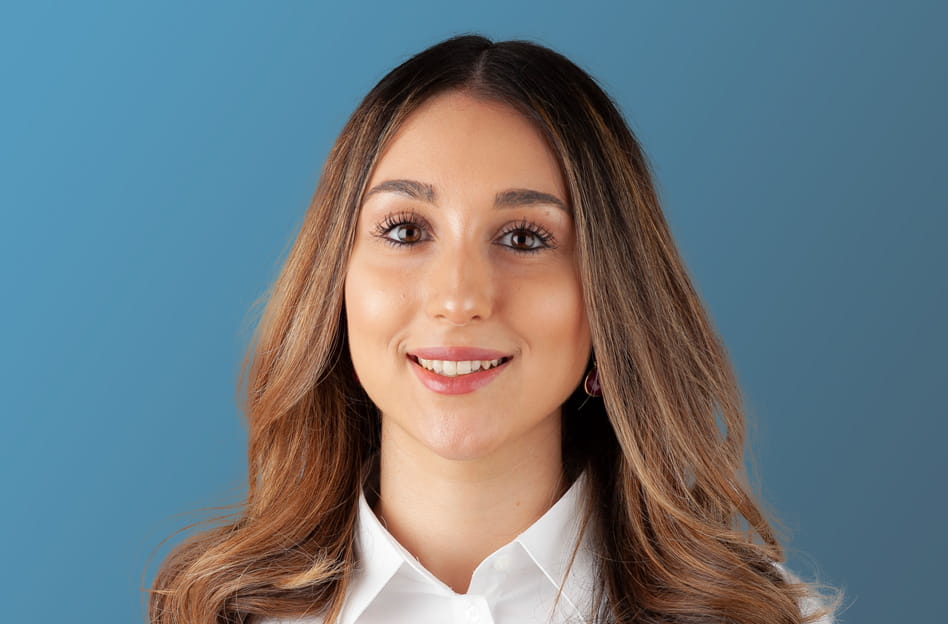 The claimants challenged, by way of judicial review, the contents of a Letter of Request issued by the SFO to Monegasque authorities under s7 Crime (International Co-operation) Act 2003. The claim was based on two separate and distinct grounds: (i) that there was a failure to disclose key information; and (ii) that the request was so far-reaching that it amounted to a "fishing expedition". The challenges were dismissed, demonstrating the continued reluctance of the courts to interfere with the powers of the SFO: The Queen on the application of Unaenergy Group Holding Pte Ltd & Ors v The Director of the Serious Fraud Office [2017] EWHC 600 (Admin)

The Unaoil Group (Unaoil) was established in 1991 and is described by its Chairman Ata Ahsani (also a claimant in the proceedings) as providing “industrial solutions to the energy sector in the Middle East, Central Asia and Africa”.1 Broadly speaking, Unaoil acts for major Western companies looking to execute energy projects in the countries in which Unaoil operates and consults with local corporations on their behalf to win contracts.

On 22 March 2016, the SFO launched a criminal investigation into the activities of Unaoil in connection with wide-ranging suspicions of bribery and corruption. The primary suspects of the SFO’s investigation are members of the Ahsani family: Ata Ahsani, Cyrus Ahsani and Saman Ahsani (the Ahsanis), who respectively act as the Chairman, former CEO and COO of Unaoil.

The request for judicial review

The claimants in this challenge consisted of the Group’s holding company, a Monaco-based subsidiary and the Ahsanis themselves. The application for judicial review related to a Letter of Request (LOR) issued by the SFO to the authorities in Monaco (the Monegasque authorities) the same day that the SFO commenced its investigation into Unaoil’s activities. The LOR was issued as a result of the SFO’s request for mutual legal assistance – a method of cooperation between states for obtaining assistance in the investigation or prosecution – from the Monegasque authorities.

The claimants sought the quashing of the LOR, together with the return of all the materials obtained from the Monegasque authorities and the destruction of any copies held by the SFO.

The SFO's Letter of Request

Having commenced its investigation on 22 March 2016, the SFO had reason to believe that allegations of Unaoil engaging in bribery and corruption would be published on an international news website on 30 March 2016. Due to concerns that publication of the allegations could lead to the destruction of relevant evidence, the SFO issued an LOR to the authorities in Monaco, where the Ahsanis were believed to reside and operate their business from.

The LOR included a request for “business records, suspects to be interviewed and searches of premises to obtain evidence”. The LOR went on to include a number of statements indicating the broad nature of the SFO’s investigation. The LOR, for example, stated that the SFO was investigating "wide-ranging allegations of bribery and corruption” and also requested the presence of SFO officials at interviews given that they had been “fully involved in the investigation of the allegations of bribery and corruption involving Unaoil in several jurisdictions”. The LOR also referred more specifically to the SFO’s suspicions regarding the bribery of Iraqi public officials.

Upon the instructions in the LOR, the Monegasque authorities raided the Unaoil offices and the homes of the Ahsanis in Monaco on 29 March 2016.

In the event, the SFO’s concerns were well-founded; on 30 March 2016, Unaoil was at the centre of allegations published by the Huffington Post and Fairfax Media.

The claimants were granted permission to seek judicial review on two grounds, namely that the LOR was unlawful as it:

− failed to disclose key information, consistent with a “heightened procedural obligation”; and

− constituted a “fishing expedition”, which in itself was an improper exercise of the SFO's powers.

No “heightened procedural obligation” when issuing an LOR

The claimants sought to argue that where the essence of what was sought in an LOR amounted to intrusive searches – akin to domestic search warrants – that a duty of candour (in other words, a duty to be open and honest) ought to rest on the party applying for the LOR; in this case, the SFO.

In response, the SFO divided the matter into a number of stages. At the issuance stage, the party making an LOR is obliged to act in good faith and in accordance with the requirements of the applicable international conventions. Once issued, the requested state then puts the LOR into action. It is only at this stage, argued the SFO, that a duty of candour arises.

Gross LJ found in favour of the SFO:

− an LOR could not be compared to a domestic search warrant sought on an ex parte basis. In that situation, the duty of candour requires an applicant to present not only its own case, but also the arguments of an interested party hypothetically answering the application, ie the defence. If this same duty were to apply to the issuance of an LOR, it would require the requesting state to include details of any concerns or difficulties envisaged in the request. The receiving state would likely revert, inviting the requesting state to reissue the LOR once they had resolved these issues. This would encourage a dialogue “wholly unsuitable for adoption” in the sphere of mutual legal assistance;

− neither was it possible to find that the issuance of an LOR placed on the requesting state a “heightened procedural obligation”; defining such an obligation would be very difficult;

− it would be inappropriate to “read-in” an additional common law duty to the international scheme. To introduce an obligation which would require the requesting state to outline why an LOR should not be acted upon would only serve to introduce unwarranted complexity and to increase the scope for challenging SFO investigations; and

− whilst “a balance must be struck between the public interest in international cooperation in investigating and prosecuting serious crime and the rights of the individual”, those who are the subject of LORs are not without the protections inherent in the international framework governing mutual legal assistance, as well as the European Convention on Human Rights, the right to a fair trial and the availability of the judicial review process.

Having decided that the SFO was not under a duty to comply with a “heightened procedural obligation”, the High Court nevertheless went on to consider whether, had there been such a duty, the SFO would have been in breach.

The claimants presented three arguments centred on information missing from, or not clearly characterised in, the LOR, each of which was dismissed:

− in issuing the LOR, the SFO had relied upon the upcoming media coverage of Unaoil as justifying urgent action. The claimants argued that the SFO had not presented a balanced picture given its failure to refer to the longstanding investigation of the Australian Federal Police into the activities of Leighton Holdings’ offshore arm (it is alleged that Leighton Holdings paid money to Unaoil with the aim of influencing Iraqi officials). The High Court held that even if the investigation had been referred to “realistically, no Judge would have been minded to risk destruction of the evidence”. That being said, “the SFO may care to reflect that an additional sentence in the LOR, noting the earlier AFP investigation and attendant publicity, would have done no harm and would have avoided unnecessary controversy”;

− the LOR referred to the arrest of Mr Al Jarah (an Iraqi contact of the Ahsanis). At the time of his arrest, Mr Al Jarah had been carrying two substantial cheques made payable to a company to which suspicion attached. The LOR had failed to state the dates of the cheques; and

− the LOR referred to the High Court litigation between Unaoil and Leighton (Unaoil Ltd v Leighton Offshore PTE Ltd [2014] EWHC 2965 (Comm). The claimants argued that this section of the LOR had not been clearly drafted.

Despite dismissing the arguments, the High Court did make a number of comments, indicating “the LOR would have read better had it clearly articulated the SFO’s actual thought processes; nothing would have been lost by doing so and no confusion would have been introduced…while it is our view that the LOR could have better been expressed, we cannot agree that it breached a duty of candour (had one existed).” The High Court also declined to find that the alleged breaches amounted to material misrepresentations.

The SFO had not been fishing

The LOR was specifically focused on the claimants’ activities in Iraq, although when read as a whole, it was quite clear that the material relating to matters sought was not limited to Iraq. The claimants argued that it was not open to the SFO to seek the seizure of material wider than those matters which it was investigating. The question for consideration was therefore whether the SFO was investigating Unaoil’s conduct in jurisdictions other than Iraq. Relying upon the express wording of the LOR and the witness evidence of the SFO’s Case Controller, it was held that the SFO’s investigation was wider:

− the LOR was not confined to documents relating only to Iraq;

− the SFO's investigation was not geographically limited to Iraq; and

Challenges against the SFO – an uphill battle

The decision in this case is yet another example of the uphill battle faced by claimants seeking to challenge the powers of investigators through the judicial review process.

Following his earlier decision in R (on the application of Soma Oil and Gas Ltd) v Director of the SFO [2016] EWHC 2471) (Soma), Gross LJ held that “such challenges to investigators should be very rare; we are not attracted to a development in the law which would encourage their increase”. These statements echo those made in Soma where it was held that the applicant faced “a very high hurdle indeed” in asking the court to judicially review a discretionary decision of the SFO. An analogy was drawn in Soma to the decisions of prosecutors, which may only be challenged in “exceptionally rare circumstances”. Both cases show a reluctance to permit challenges to the steps taken and discretionary decisions made by the SFO when investigating allegations of serious criminality.

Gross LJ quite clearly held that the LOR did not amount to a fishing expedition. Although the LOR set out the grounds for suspecting that offences had been committed in Iraq, the High Court found no requirement for the SFO to elaborate upon the grounds for its suspicion that offences had been committed in other jurisdictions. Given the international operations of those the SFO investigates, it is rare that the SFO’s investigations will be geographically limited. It must also be right that there is no requirement to set out the basis for suspicion given the sensitive matters which the SFO investigates. Having said this, and taking into account Gross LJ’s statements that “the LOR would have read better had it clearly articulated the SFO’s actual thought processes,” we may in future see the SFO taking greater drafting care so as to avoid similar challenges.