The EFPIA Transparency Initiative: Making Hay while the Sun Shines? 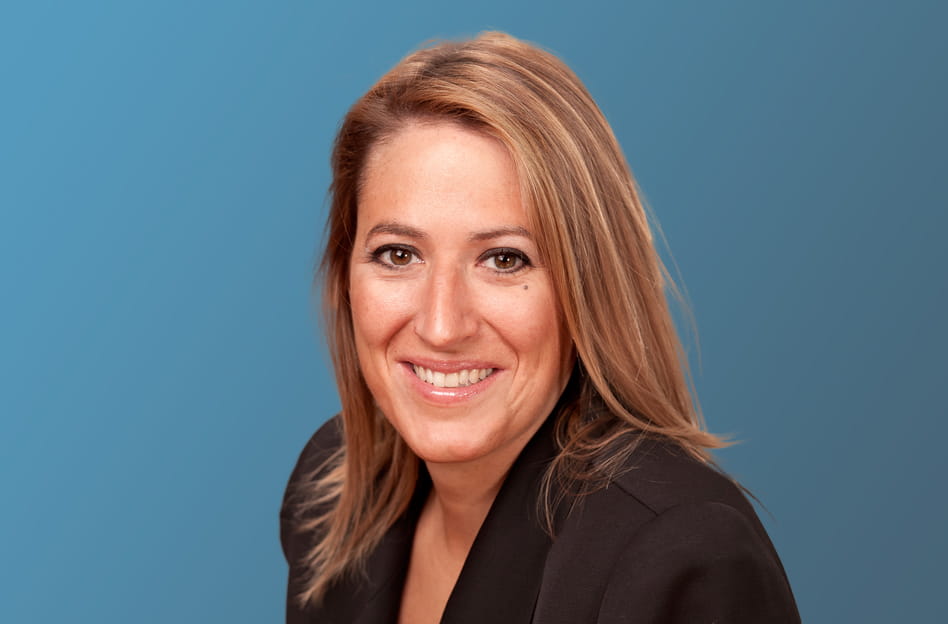 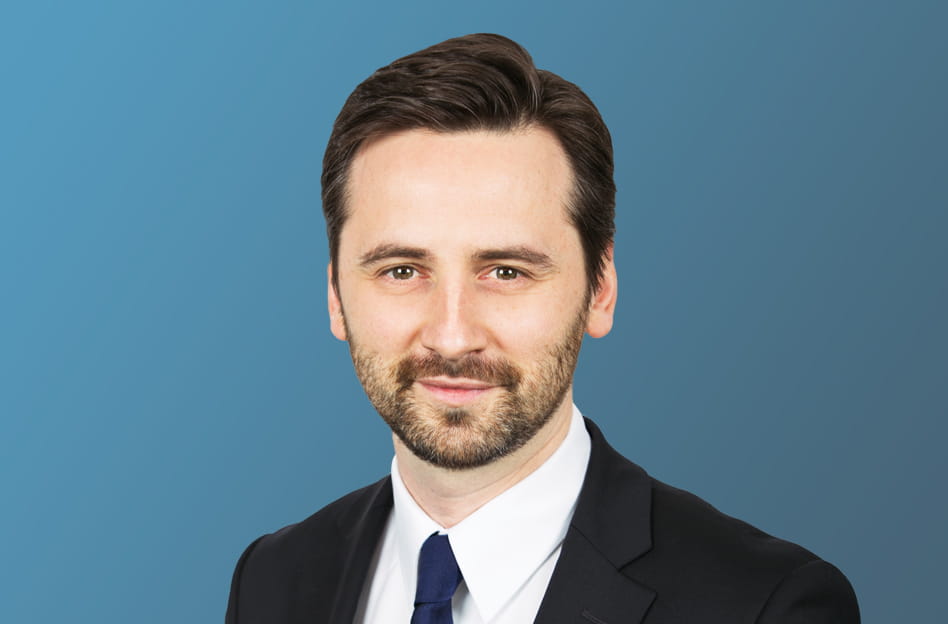 It was a busy summer for the European Federation of Pharmaceutical Industries and Associations (EFPIA) on the transparency front. In the wake of recent 'Sunshine' legislation in France and other EU countries, and pending transparency trials before the Court of Justice of the European Union (CJEU), EFPIA adopted no less than two brand new transparency documents : a Disclosure – ‘Sunshine’ – Code and joint Principles for Responsible Clinical Trial Sharing. It also significantly strengthened the advertisement commitments in its existing Code on Interactions with Health Care Professionals. Therefore, from January 2014 onwards, pharmaceutical companies must be prepared to face even brighter "sunshine" in Europe.

1. NEW DISCLOSURE REQUIREMENTS REGARDING RELATIONSHIPS WITH HEALTHCARE PROFESSIONALS
Issued June 24, the European Federation of Pharmaceutical Industries and Associations’ “Disclosure code of transfers of value to healthcare professionals and organisations” (the Disclosure Code) is a supplement to two existing EFPIA codes of conduct, namely the “Code of Practice on the promotion of prescription-only medicines to, and interactions with, healthcare professionals” (the HCP Code) and the “Code of Practice on relationships between the pharmaceutical industry and patient organisations.”

The Disclosure Code aims at promoting greater transparency concerning the relationships between pharmaceutical companies on the one hand, and healthcare professionals (HCPs) and healthcare organisations (HCO) on the other hand. Enacted in the wake of similar legal and self-regulatory requirements in France, the UK, the Netherlands, Denmark, Portugal, and Slovakia, the Disclosure Code seeks to introduce a baseline standard of transparency obligations for pharmaceutical companies at the European level (though more stringent local regulations take precedence).

In its essence, the Disclosure Code requires EFPIA member companies, and member companies of its member associations, to publicly disclose specific data regarding their relationships with HCPs and HCOs on an annual basis, in particular the identity of the HCP/HCO and the yearly amounts transferred to them (by category). The first disclosures, covering the year 2015, will be due in the first half of 2016.

Entity Scope: who is subject to disclosure?

PHARMACEUTICAL COMPANIES – The Disclosure Code will be applicable to EFPIA member companies, which are predominantly, though not exclusively, research-based pharmaceutical companies, and EFPIA member associations. Additionally, when implemented by those member associations, to the member companies thereof. Importantly, the Code does not apply to medical devices or cosmetics manufacturers.

RECIPIENTS – Pharmaceutical companies must disclose value transfers to HCPs and HCOs. These groups are defined broadly and encompass, among others, members of the medical, dental, pharmacy or nursing professions and hospitals, clinics, foundations and universities respectively.

Once implemented in the national codes of its member associations, the EFPIA Disclosure Code will apply in the EEA countries, as well as Russia, Serbia, Switzerland, Turkey, and Ukraine. The national code of the country where the HCP/HCO has its physical address applies.

The Disclosure Code requires pharmaceutical companies to document and disclose “transfers of value”, directly or indirectly, to or for the benefit of HCPs/HCOs. Value transfers encompass the following categories:

Notably, the Disclosure Code does not extend to transfers of value relating to over-the-counter (OTC) medicines or ordinary sales/purchase agreements. In addition, meals and drinks, items of medical utility, and samples do not have to be disclosed.

INFORMATION REGARDING VALUE TRANSFER – For donations and grants, costs related to events, and fees for services and consultancy, pharmaceutical companies must disclose the yearly (aggregated) amount transferred to each individual HCP or HCO by category. Value transfers are in principle aggregated by HCP/HCO on a category-by-category basis, so the Disclosure Code does not require public disclosure of the amount of each individual agreement. Itemised disclosure must nevertheless be made available to the relevant recipient or the relevant authorities upon request. The Disclosure Code provides an exception for research and development transfers of value, which must not be disclosed by individual HCP/HCO, but can be disclosed on an aggregate basis.

WHERE? – The information may be disclosed either (i) on the relevant member company’s website or (ii) on a central platform, such as one provided by the relevant government, regulatory or professional authority or body or member association.

HOW? – Disclosures must be made using the template set forth in Schedule 2 to the Disclosure Code. The information must be published in the local language and, ideally, also in English.

NO EUROPE-WIDE HARMONISATION – Previously, at the European level, only service contracts with and support provided to patient associations had to be disclosed under the EFPIA Patient Organisations Code. Going forward, however, companies will need to consider how to begin collecting the relevant data and how to fulfil their disclosure obligations under the Disclosure Code.

This might prove challenging especially for companies that are active in many European countries as the Disclosure Code – while aimed at setting a minimum standard for pharmaceutical companies at European level – does not establish a harmonised European disclosure regime. For example, several countries – the number of which is expected to increase – including France, already have more stringent disclosure obligations (see our e-alert “Transparency requirements under the French Sunshine Act: Life sciences companies in the dark?”). In addition, member associations, when implementing the Code, are free to adopt more restrictive disclosure requirements and are allowed to deviate from the Code’s baseline requirements where legally necessary. Therefore, by 2016, companies will likely have to comply with a complicated patchwork of disclosure requirements throughout Europe.

Additionally, for companies that are operating in the United States in addition to within EFPIA territory, particular attention should be paid to the differences in scope between the Disclosure Code and the Physician Payments Sunshine Act (which, inter alia, specifies different exceptions to disclosure requirements).

In addition to the new Disclosure Code requiring disclosure of the relationship between pharmaceutical companies and HCPs/HCOs, EFPIA has also adopted a number of amendments to its HCP code, which will come into force on 1 January 2014.

2.1 Complete ban on gifts to HCPs

The first amendment completely bans the provision of any gifts stating that “No gift or pecuniary advantage (in cash or benefit in kind) may be supplied, offered or promised to a healthcare professional.” This ban includes pens, USB sticks, notepads, and other (company) logo-bearing small gifts that have become common promotional items in the industry. While this amendment has caused consternation among pharmaceutical companies and producers of such promotional products alike, such a ban in connection with prescription medicines already exists in the United Kingdom today.

2.3 Nationally defined monetary thresholds for meals & drinks
Finally, the amendments require each national member association to, in its national code, specify a monetary threshold not to be exceeded by pharmaceutical (member) companies when providing meals and drinks to HCPs. This requirement will likely result in different levels in different member states. Moreover, many countries already have such limits in place today. Member associations that fail to establish a monetary threshold by 31 December 2013 will be subject to a threshold set by EFPIA itself. Companies operating in countries that have no such practice or guidelines may very soon – and at the latest by the end of the year – have to adjust their internal “meals & drinks” policies in order to comply with the fixed amount that will be set by their national associations.

3. JOINT INITIATIVE WITH US TRADE ASSOCIATION ‘PHRMA’ REGARDING TRANSPARENCY OF CLINICAL TRIAL DATA
Beyond its activity concerning the relationships and interactions between pharmaceutical companies and HCPs, this summer the EFPIA also joined forces with the Pharmaceutical Research and Manufacturers of America (PhRMA) to endorse joint principles for clinical trial data-sharing. The jointly issued document stating the endorsed principles is entitled “Principles for Responsible Clinical Trial Data Sharing: Our Commitment to Patients and Researchers” (the Joint Principles) and reflects the pharmaceutical industry’s response to the ultimate goal of making clinical data more widely available to the healthcare community, while also addressing concerns over patient privacy. At this stage, adherence to the Joint Principles is voluntary; however the stated goal is for EFPIA to integrate these Joint Principles into the EFPIA Code after further consultation and consideration.

In general, the Joint Principles will significantly increase the volume and nature of information made available to patients, researchers and the public alike. Going forward, patient- and study-level clinical trial data and clinical trial study reports will be shared with qualified researchers, and synopses of trial results will also be made available to patients who participated in the trials.

3.1 Enhanced data sharing with researchers
More specifically, patient-level clinical trial data (e.g., lab results, adverse events experienced), study-level clinical trial data (e.g., a table that presents cross-patient data on patient disposition), and clinical study designs and protocols from clinical trials for medicines and indications approved in the United States and the European Union will be shared with qualified scientific and medical researchers upon request. Provision of such data will be subject to patient privacy requirements and must also respect the company’s confidential commercial information. However, under the Joint Principles, researchers obtaining such data are encouraged to publish their findings to facilitate broader understanding and sharing of information.

3.2 Enhanced public access to clinical study information
In addition, companies commit themselves to make the synopses of clinical study reports (CSRs) (which have been approved by the Food and Drug Administration (FDA), European Medicines Agency (EMA), or national authorities of EU member states) publicly available upon the approval of a new medicine or new indication. In addition to providing the synopsis, companies may choose to publically provide additional parts of CSRs, so long as these are redacted to protect patient privacy and confidential commercial information. The commitments also contemplate that, at a minimum, results from all phase III clinical trials and clinical trial results of significant medical importance (regardless of the outcome of the trial) be submitted for publication.

By issuing these Joint Principles, EFPIA and PhRMA argue for an alternative to the heavily debated EMA transparency policy which requires full disclosure of the non-clinical and clinical parts of the marketing authorisation dossier and which is currently being evaluated by the European Courts (in the pending Abbvie and Intermune cases). In contrast, the Joint Principles advocate for a redaction process in which the company is involved and for some checks and balances to be applied when providing data to third parties. Consequently, they have met with some severe criticism, including that the principles fall short of the kind of transparency needed, that it will be via hand-picked panels who will grant access to the data, and that the commitments only apply beginning in January 2014 rather than including retrospective data.

The further shaping of these Joint Principles will therefore undoubtedly depend on the outcome of the pending court cases and the subsequent debate. EFPIA’s submission of comments regarding the new draft EMA policy on publication and access to clinical trial data (as part of the public consultation process), which is in line with its Joint Principles, promises that the association is firmly committed to have its voice heard during the EU transparency debate. To be continued.