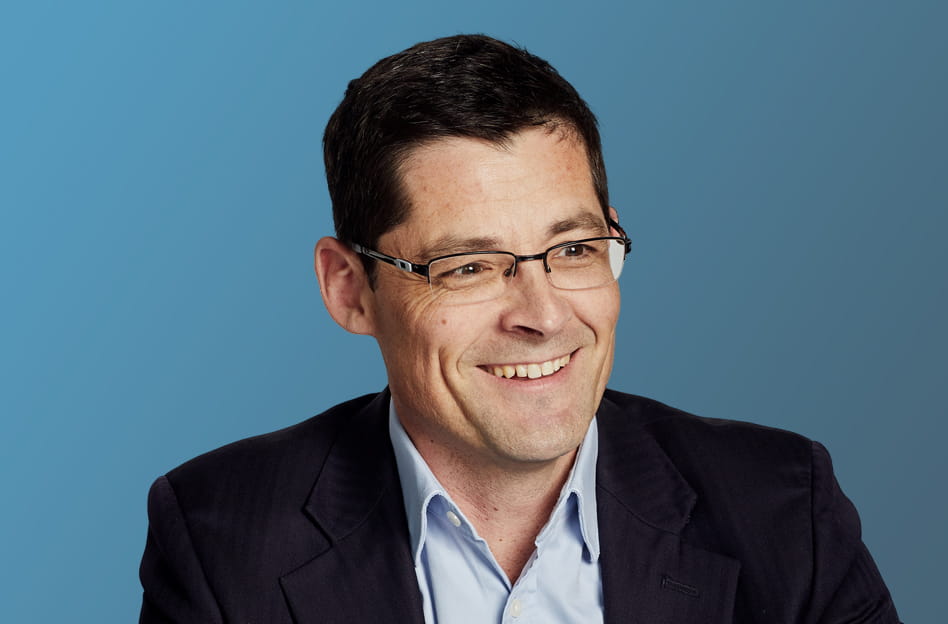 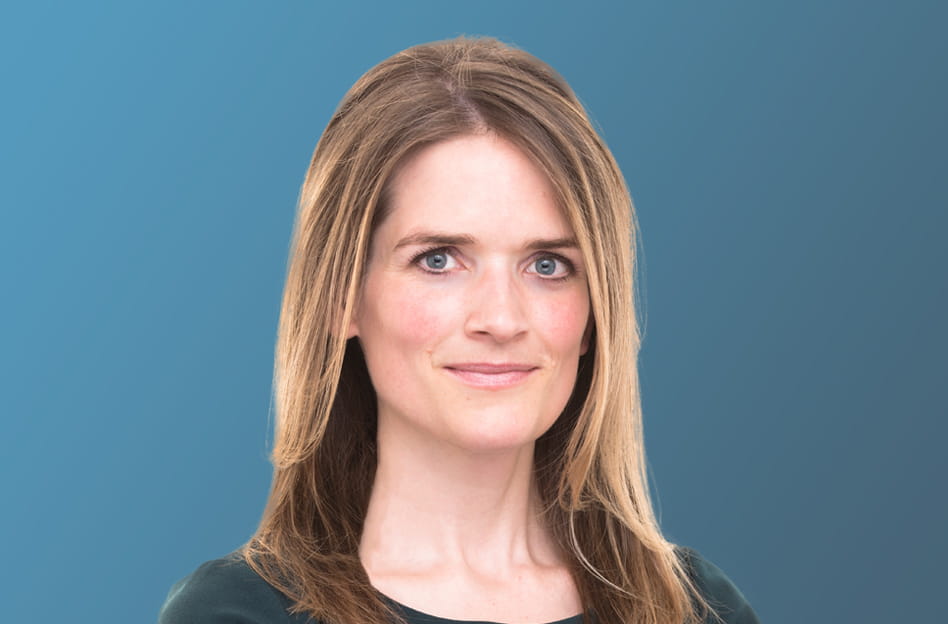 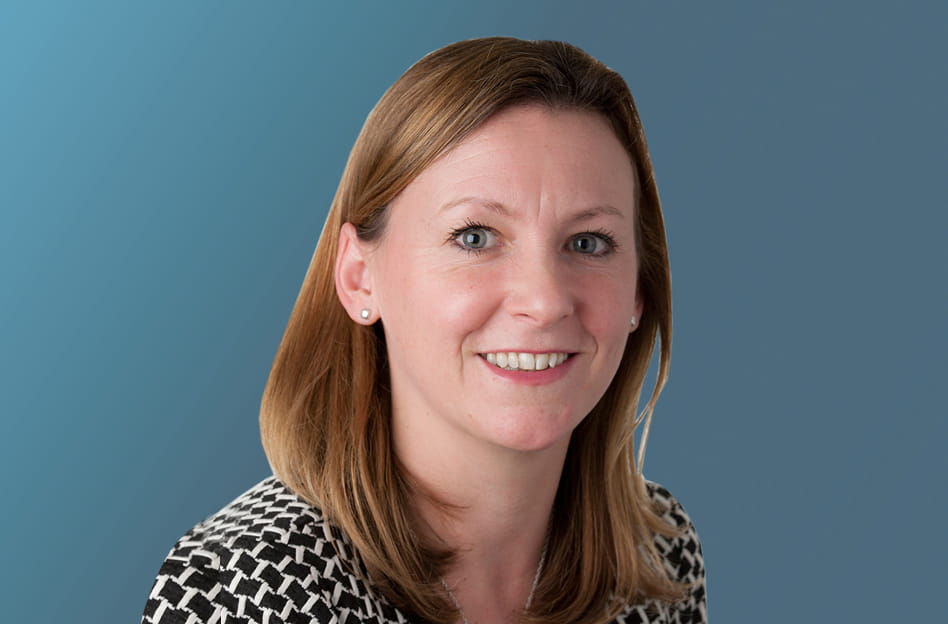 Street Child, our new global charity partner with a focus on social mobility, is dedicated to improving the life chances of children.

Every child deserves the chance to go to school and learn. Street Child believes that and is doing its utmost to make that a reality wherever it operates.

From September 2021, Street Child has had the support of A&O after it was chosen by vote as our new global charity partner for two years. Nearly 2,500 people across A&O took part in the July ballot.

“We chose social mobility as the focus of our new partnership because in almost every country children’s  socio-economic background still has  the biggest impact on their life chances,” says Hilde van der Baan, Amsterdam partner and co-head of A&O’s pro bono and community investment programme.

“Most of our offices run programmes to provide access to education and employment, so we want to bring that experience and commitment together  to raise GBP1 million and provide significant pro bono support for Street Child.”

Street Child’s work targets children in low-resource environments and emergency situations across Africa, Asia and the Middle East. It focuses on a sustainable combination of support to protect children from harm, create safe schools, increase capacities of caregivers and communities to build environments for children to flourish, and help state systems provide high-quality, equitable education and livelihood skills.

Founded in 2008, the charity seeks out situations where gaps exist between the needs of children and the aid they’re getting. This often makes it one of the only organisations operating in areas hit by sudden crises – Nepal after its earthquakes, for example – as well as situations of protracted conflict or slow-onset crises such as the Ebola epidemic in West Africa.

It also targets hard-to-reach environments such as the refugee camps in Bangladesh, carrying out  work through partner organisations  that understand the local context.

London partner Philip Bowden knows the charity well. “I’ve been a supporter of Street Child’s work for years,” he says. “It’s an impressive organisation and have pledged to make a material contribution to increase safety and access to learning for one million children from 2021-2024.

“I’m very pleased that A&O will play a role in this and I hope our staff and alumni have lots of opportunities to get involved with Street Child’s work over the next two years.”

As with all of A&O’s global charity partnerships, a portion of the funding –  GBP500,000 – will support a specific project, with the balance to be used by Street Child on an ‘opportunity for impact’ basis.

The A&O-funded project is in Sierra Leone, where Street Child will reform 40 under-resourced rural primary schools, help 1,000 families build their businesses  so they can afford to keep their children in education, and enrol 1,500 girls in secondary school.

The charity says a girl’s lifetime earnings are enhanced by 25% for every year of secondary school she completes. Most of these girls will be the first in their family to reach secondary education.

“In 2018, we launched our Right to Learn project to transform education in the rural Eastern Province, where children are the least likely to make it to secondary school – in fact half don’t even complete their basic education. Covid-19 has exacerbated this, with schools closing for six months – the second time in five years after the Ebola outbreak of 2014-16.

“With A&O’s support, we’ll be able to scale up our work, from transforming primary schools and training teachers, to identifying girls at risk of not continuing their education and supporting their caregivers through our flagship Family Business for Education model.

We chose social mobility as the focus of our new partnership because in almost every country children’s socio-economic background still has the biggest impact on their life chances.

A record GBP2.3m for Hope and Homes for Children

A&O staff and alumni contributed a record-breaking GBP2.3m to our previous global charity partnership, Hope and Homes for Children, which ended in July 2021.

During the partnership, A&O staff donated GBP1.83m, contributed GBP507,000 worth of pro bono time and GBP6,000 of in-kind support for the charity’s campaign to end the institutional care of children around the world.

The two-year partnership was due to end in September 2020, but was extended to support Hope and Homes for Children during the worst of the pandemic.

Watch a short video on the impact of our partnership.

Kate Welsby from Hope and Homes for Children says Covid-19 has been more than a health crisis for vulnerable families already living in poverty. “At the start of the pandemic, our frontline teams in many countries became first responders, largely because we already had access to marginalised families,” she says.

“Our first priority was to stay in contact with the most at-risk children and provide essential food and healthcare supplies to families. As the pandemic continued, we were increasingly supporting the mental wellbeing of families struggling with the isolation of lockdowns and at greater risk of family separation and child abandonment.”

Despite those extra challenges, Hope and Homes for Children has continued its longer-term campaign.

“We’ve succeeded in closing all but four orphanages in Bulgaria and are making progress in Romania, Rwanda and Moldova too,” Kate says. “It’s within our grasp to demonstrate that eliminating institutionalised childcare is achievable. This genuinely would not have been possible without A&O’s involvement."

A key aim of the partnership was to raise GBP500,000 to fund work in India and Nepal to tackle the root causes of orphanage confinement.

“Families are often coerced into sending their children to institutions, believing they’ll have access to a better education and life,” Kate says. “In fact, globally, eight out of ten children in orphanages have a living parent who, with the right support, can provide a stable, loving home.

”In Nepal, most of the 567 orphanages are located in popular holiday destinations. Children once confined there are at risk of being neglected, abused and exploited to elicit donations from tourists.

“Despite the Covid-19 crisis, we’ve continued to help thousands of high-risk children in India and Nepal,” Kate says, “as well as creating support facilities like community hubs to provide catch-up education, safe spaces and parenting groups.”

An important element of the partnership has been to support Hope and Homes for Children’s work to reform child protection globally.

Significant progress has been made in driving reform in Nepal, with 125 international non-governmental organisations committing for the first time to promoting family-based care over institutions.

A key pro bono project was researching how the Convention on the Rights of the Child is implemented in eight South Asian countries, highlighting where more action is needed. This formed the basis of an article for a leading academic journal and will feed into a major conference on childcare reform for policymakers across Asia.

An A&O team has also been developing a tech solution to give those working in India’s courts and administrative system easier access to its child protection laws – an invaluable tool for social workers.

“A&O’s efforts have been incredible,” says Mark Waddington, CEO at Hope and Homes for Children.

“Extending our partnership enabled us to plan projects strategically so that in 2020 alone we prevented 136,000 children from being separated from their families –more than in any other year. We’ve also achieved a number of major advocacy goals, including a commitment by the EU to reform childcare across Europe.

“All of this has been possible because of A&O’s commitment, expertise and generosity, which have given thousands of children a chance to go home and be with a family that loves them.”

Throughout the partnership, fundraising events at 40 offices included:

All of this has been possible because of A&O’s commitment, expertise and generosity, which have given thousands of children a chance to go home and be with a family that loves them.

Mark Waddington, CEO at Hope and Homes for Children 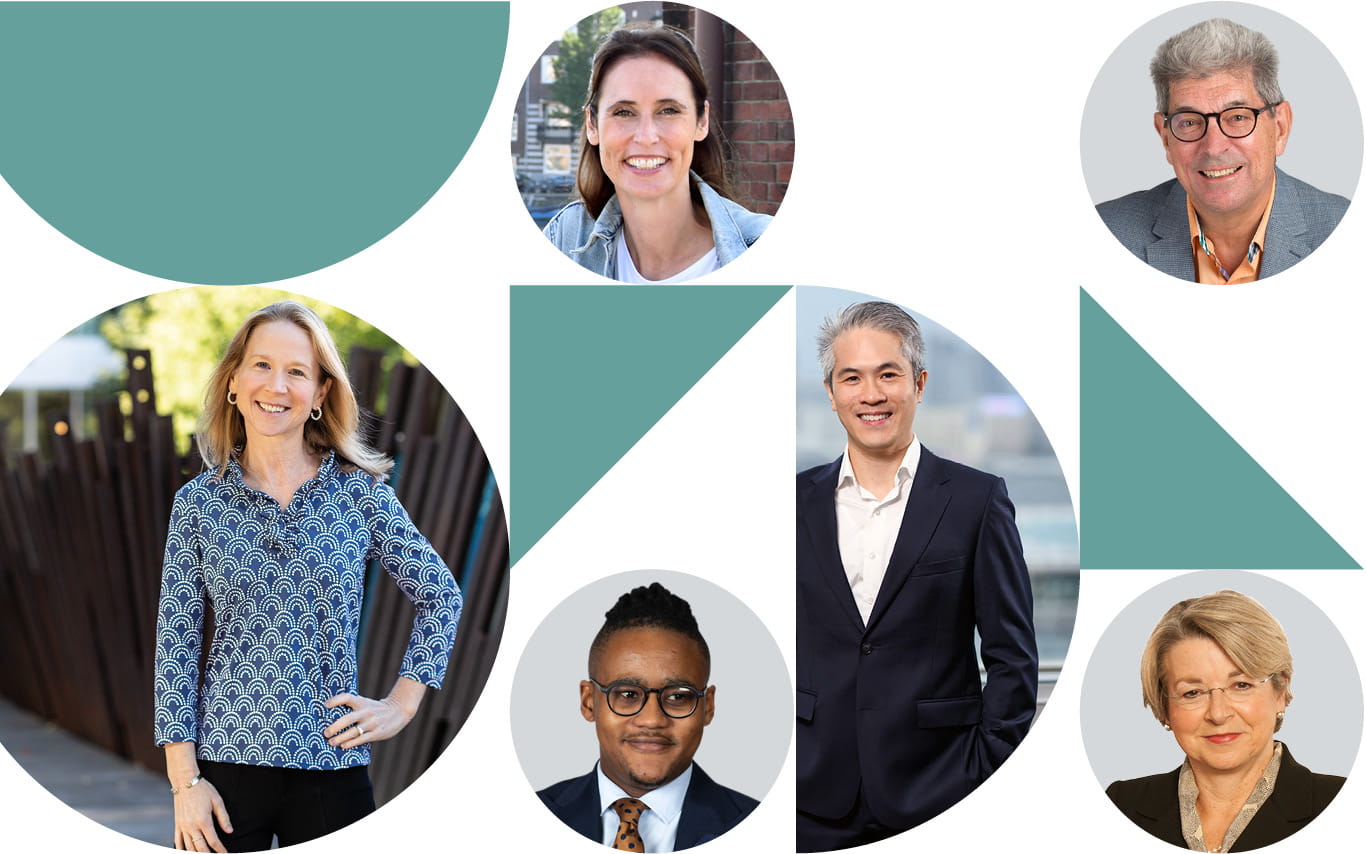 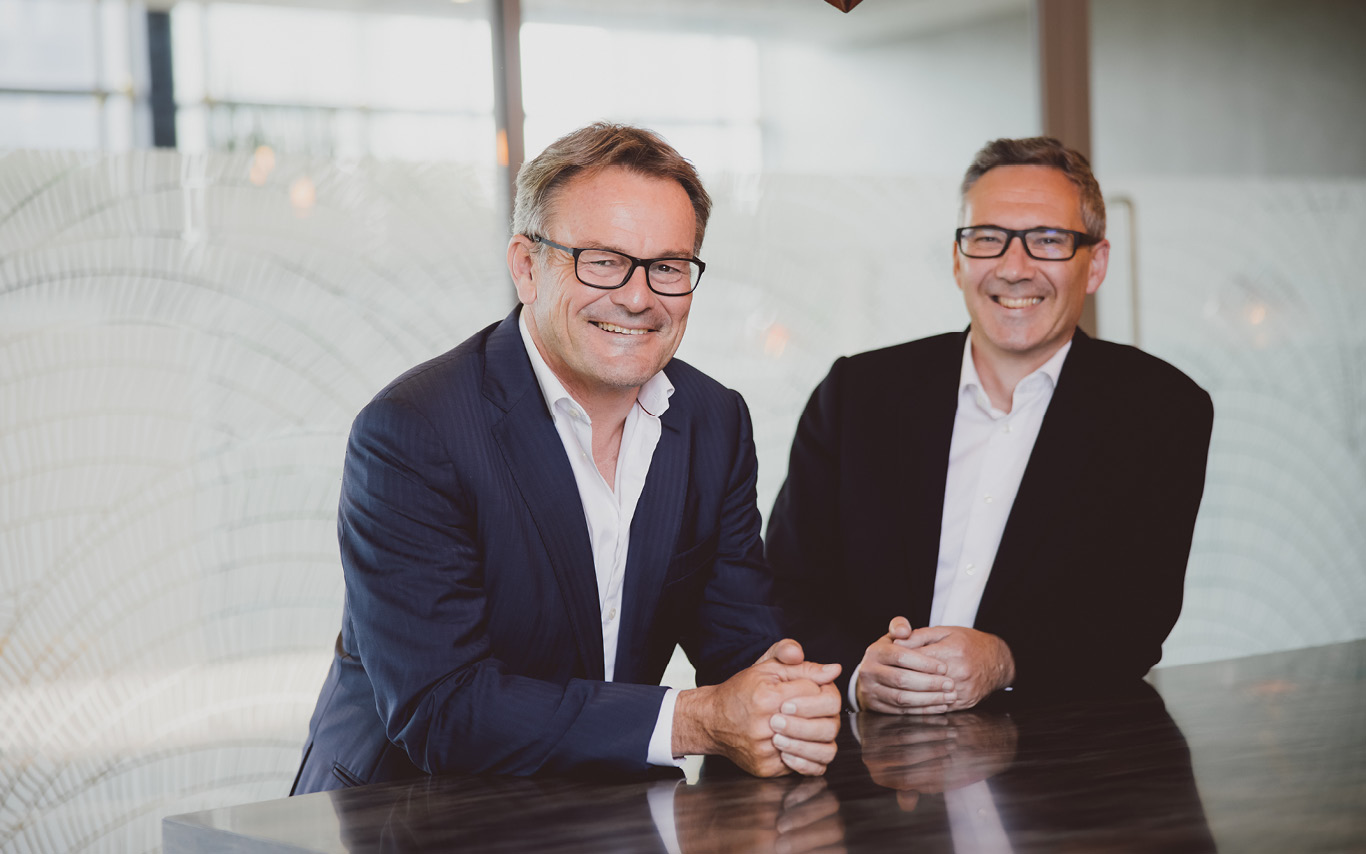 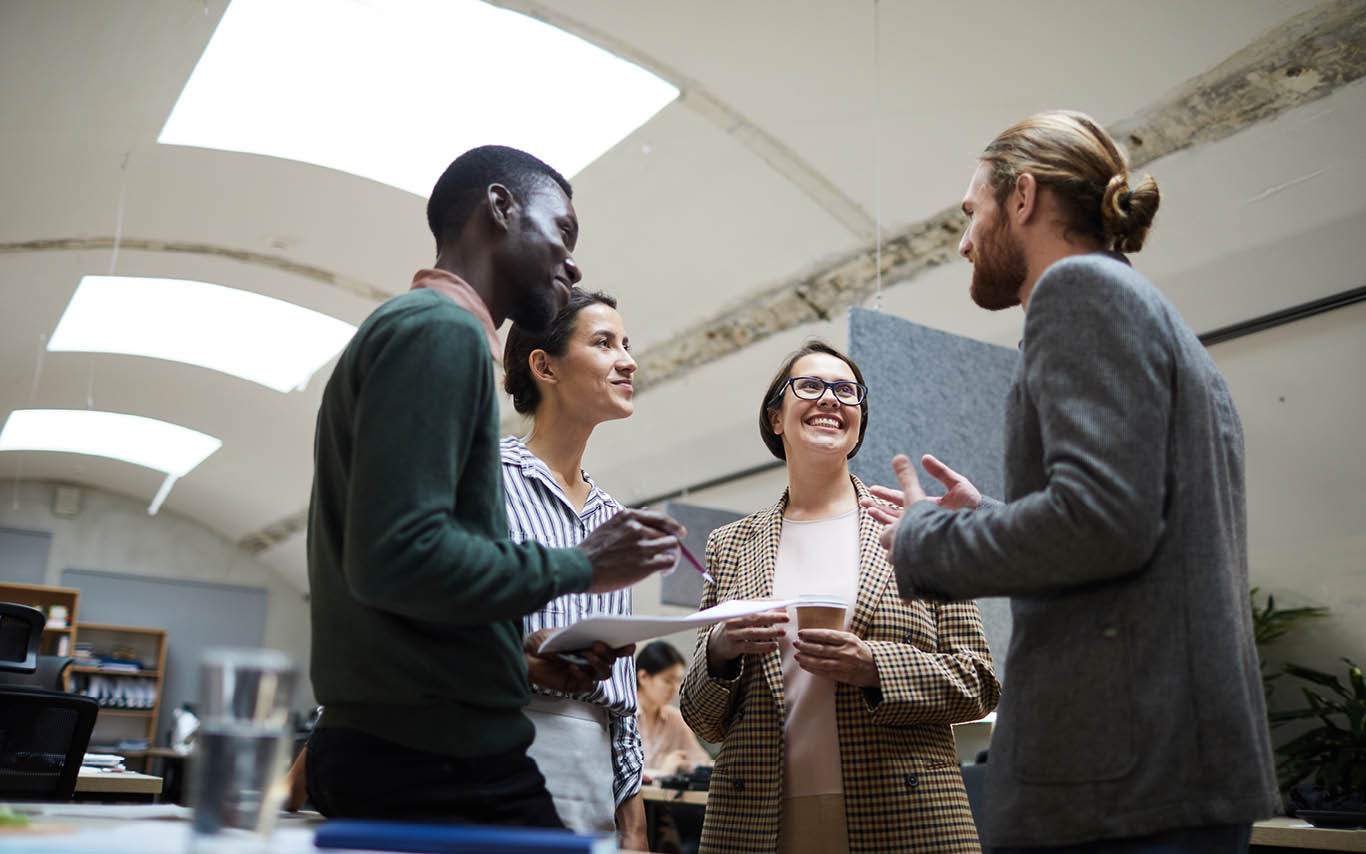