South Africa’s adoption of the UNCITRAL Model Law: evolution in the practice and procedure of arbitration 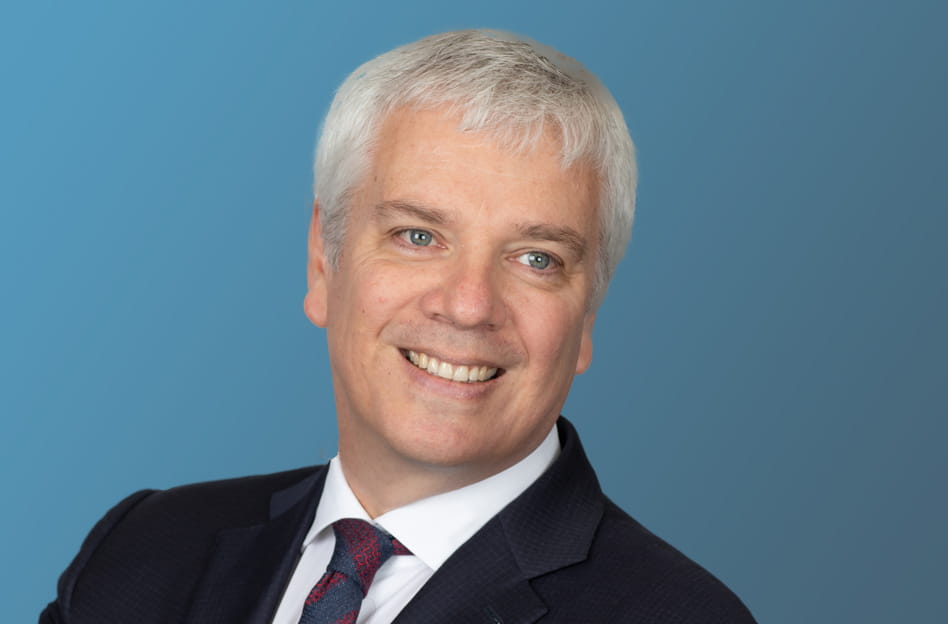 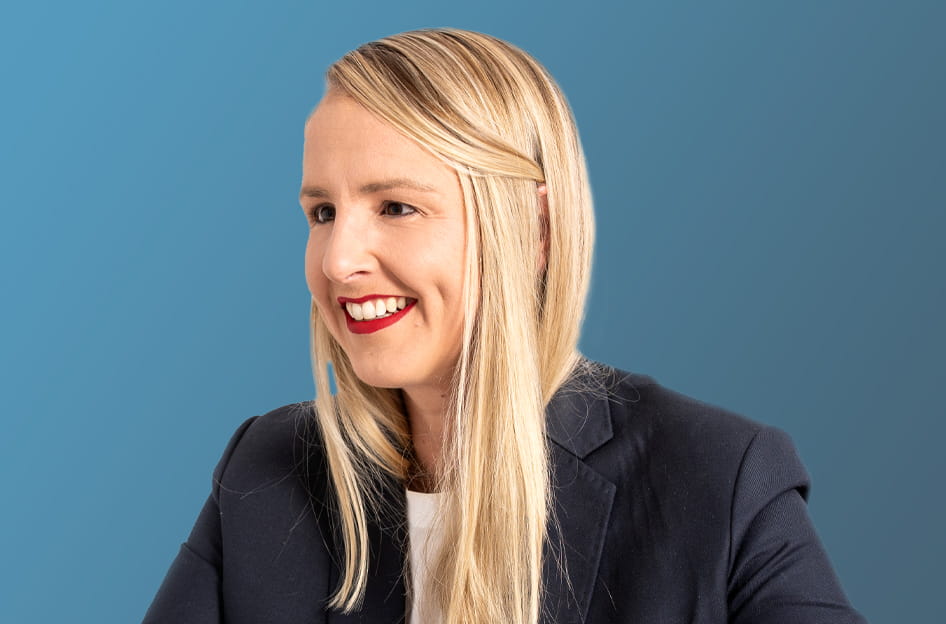 South Africa’s recent adoption of the UNCITRAL Model Law for the purposes of international arbitration has been widely celebrated. In a jurisdiction where the statutory framework for the conduct of, and approach to, arbitration had all but stagnated, this move heralds a welcome alignment with global best practice and positions South Africa to become a preferred seat for the resolution of disputes across Africa.

It is anticipated that the adoption of the Model Law for international arbitrations seated in South Africa will bring about significant changes in terms of practice and procedure. However, this will not happen overnight because, for the last half century, arbitration in South Africa has been largely a domestic affair. The law and its practice have developed within the confines of an Arbitration Act dating back to 1965, which is based on the English Arbitration Act of 1950.

Under the 1965 Act, like in many jurisdictions, tribunals are bound only by the rules of natural justice and are vested with a broad discretion on evidence and process. In practice however, arbitrators in South African seated cases are most often seasoned High Court litigators or retired judges, versed in the adversarial mindset consistent with the law’s English procedural origins.

While the approach may differ considerably between arbitrators, the common practice in South Africa is to adopt the Uniform Rules of the High Court of South Africa (Uniform Rules), or derivatives of those rules, as the procedural framework for arbitration. In our experience, rules originating even partly from civil law traditions (such as the UNCITRAL Arbitration Rules or the IBA Rules on the Taking of Evidence in International Arbitration) are regarded sceptically, given their lack of familiar application. The preference is to follow the example of South African civil court process and common law rules on evidence and disclosure. Even where more modern sets of rules are agreed, such as those offered by the two largest local arbitral institutions (the Arbitration Foundation of Southern Africa (AFSA) has a bespoke set of rules, and the Association of Arbitrators (Southern Africa) (AOA) has adopted rules premised on the UNCITRAL Arbitration Rules), the approach to procedure and evidence is coloured by the domestic litigation experience.

This begs the question, what points of procedure characterise the South African arbitration experience and what is the frame of reference for an arbitrator in this jurisdiction? We offer the following guidance:

Even in administered arbitrations, there is typically a limited focus recording the jurisdictional scope of the dispute by way of a “Terms of Reference” document or similar. At the inception of the arbitral proceedings, the practice is simply to discuss and agree a short procedural timetable to outline the core procedural provisions. This is most often achieved in the format of an agreed meeting minute.

While this approach offers the tribunal and parties some level of flexibility, it inevitably leaves room for jurisdictional scuffles down the line, a feature that is only compounded by the absence, for domestic arbitration, of a legislated principle of kompetenz-kompetenz.

The expectation is that the parties’ cases are articulated in court-style pleadings, which entails bare statements and essential supporting facts. The exchange of memorial-style pleadings, commonly seen in international arbitration, is rare. Almost universally, pleadings are exchanged upfront, with disclosure and witness evidence following later in the process irrespective of the complexity of dispute. The expectation is that pleadings will be amended to reflect any shift in the basis of claim or defence.

This more traditional approach to pleading can be beneficial if deployed strategically but it often leaves parties guessing as to the case they are required to meet. It can also be unsuited to complex disputes.

Almost inevitably, particularly where the Uniform Rules govern proceedings, this approach means the parties are often embroiled in lengthy (and expensive) interlocutory applications arising from complaints of alleged deficiencies in pleadings or, post-pleadings, in various applications seeking to compel disclosure of further particulars for trial purposes or additional (further and better) discovery.

The filing of written witness statements is not a common domestic practice, with the focus traditionally placed on oral evidence. This is gradually changing, however, as the time and cost efficiencies represented by written witness statements standing as evidence in chief is recognised and case management principles find more common adoption in complex High Court civil disputes. There is no express obligation on either party to disclose upfront the identity of their factual or expert witnesses, although this information is often shared as a courtesy, and it is advisable to try and agree this with opposing counsel in advance.

Consistent with the adversarial tradition, and despite this being catered for in the Uniform Rules, there is limited use of or familiarity with tribunal-appointed experts. Party-appointed experts are the norm. As with witnesses of fact, the emphasis for experts is on oral evidence, as opposed to written reports. The expectation in practice, as recorded in the Uniform Rules, is that the parties notify the identity of their expert and provide a basic summary of the intended expert evidence around three weeks before the start of a hearing. This provision is, however, widely criticised as impractical, particularly given its tendency to derail hearings which have, through the application of case management principles in the High Court, been substantially revisited to ensure that these evidentiary issues are dealt with timeously before a trial hearing.

However, this tradition is gradually changing, particularly in the area of construction disputes. In that sphere, there is an increased tendency to deliver more detailed written expert reports, coupled with without prejudice expert engagements and Scott schedules to narrow issues for expert evidence.

As to the identity of experts, there is limited flexibility on the boundaries between expert and factual evidence. To maintain credibility, experts must remain independent from their appointees, and factual witnesses should not advance opinions.

For parties accustomed to arbitrating in jurisdictions such as England and Wales, there is notably less focus on the form and content of expert briefing instructions. These sorts of documents are widely considered to be privileged under South African law, and are seldom contentious in practice.

The generic expectation on disclosure is that each party discloses all documents within its possession or control that are relevant to its claim or defence, irrespective of whether they are helpful or harmful to its position. If either party is of the view that discovery is inadequate, the practice is to compel “further and better” discovery.

It follows that, for a South African litigator, the position under the IBA Arbitration Rules, which proceeds on the assumption that documents are only disclosable if a party relies upon them or they are requested by the other (and are relevant and material to the issues in dispute), represents a significant deviation from standard practice. Consistent with this position, the use of Redfern schedules is not commonplace.

While a number of law firms have embraced e-disclosure, well known platforms such as Relativity and Ringtail are still relatively expensive in rand terms, which has stifled their local adoption. The area of e-discovery remains embryonic, despite encouraging legal developments of late.

Traditionally, a hearing is run in an exclusively adversarial fashion, with one side leading its case to close before the opposing party is called to do the same. While arbitrators are not actively inquisitorial, there is often active engagement with counsel. It is not common practice for expert witnesses of like discipline to testify “back-to-back”, and there is limited use of techniques such as concurrent evidence or “hot-tubbing“.

As in most jurisdictions, the award of co​sts is in the absolute discretion of the tribunal but, in practice, costs generally follow the result. Unless otherwise agreed, however, tribunals seldom allow a successful party to recover its full legal spend, irrespective of its reasonableness. This reluctance stems from an inclination to award legal fees on the “party-party” scale, a reference to an outdated fee tariff in the Uniform Rules which prescribes the sums recoverable for attendances absolutely necessary to bring or defend litigation. Experience suggests that around 30 to 40% of actual legal fees are typically recoverable under this tariff.

South Africa’s depth of legal talent and its established patterns of judicial deference render it a competitive arbitral seat. Following the adoption of the Model Law, however, we anticipate that the current domestic-driven practice and procedure will evolve to include elements of international best practice, further concretising this advantage.

While the domestic litigation rules have served the market well, their sustained influence is now an impediment to the continuing development of the arbitral landscape. This procedural one-dimensionalism serves to erode the inherent flexibility of arbitral process, and precludes the adoption of effective, tailored solutions for disputes of ever increasing complexity.

The inevitable increase in international arbitration activity in South Africa will allow arbitral procedure in the jurisdiction to continue its evolution. However, in the longer term, a modernisation of the domestic legislative framework is essential to secure the jurisdiction’s competitiveness.