If Carly Martin had been looking for adventure, travel and a role in a dynamic cutting-edge company, she might have considered the online retailer Amazon. Instead, it chose her. 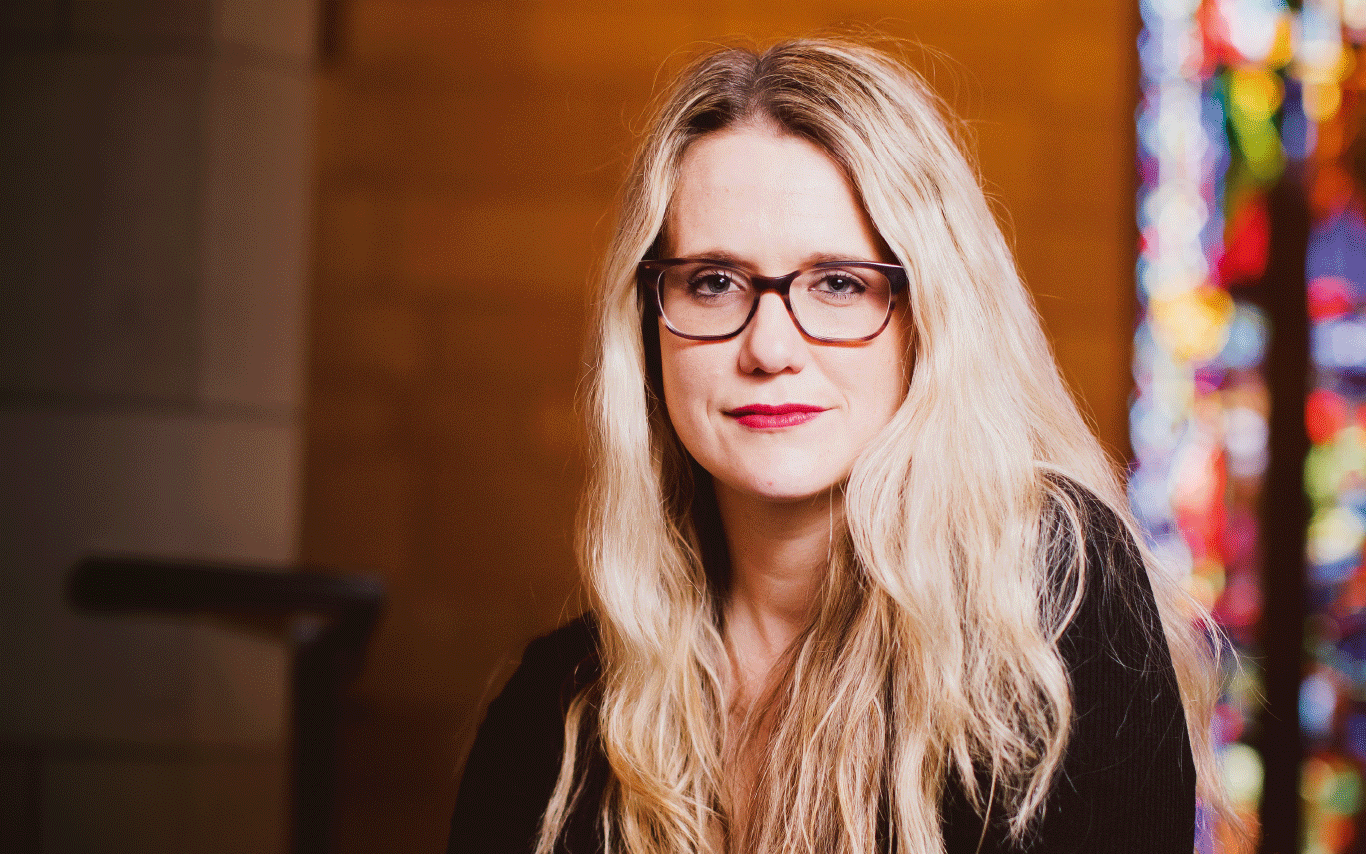 When Amazon first approached Carly Martin about an in-house role, she didn’t take it seriously. “To be honest, I thought I was being scammed,” she says.

She wasn’t. A senior Amazon executive was convinced the company needed to bring in international legal talent and Carly was one of the Australians on his list. After five rounds of interviews, she and her husband David, and their one-year-old daughter Annabelle, took “a huge leap of faith” and boarded a plane to Seattle.

“I hadn’t met my boss, and I didn’t know which team I’d be supporting,” she says. “But comfort with ambiguity and the ability to jump right in and use your smarts to learn a completely new industry and business is what makes every day at Amazon fun.

“It’s why they hire you in first place. It makes for a very engaging career.”

That was 2016. Today Carly is Corporate Counsel, International Operations and Expansion for the Amazon subsidiary Audible and loving it. She finds it “hilarious” that some people assume all Australians know each other – because at Audible, it’s largely true. The four compatriots include Jessica Radburn, another A&O alumna, who worked in the Corporate team in Sydney.

Law wasn’t on Carly’s radar when she enrolled at university in her native Sydney. She planned to become a high school teacher, but switched to law and communication after being “hooked” by a first-year course on the common law tradition on justice and power in the courtroom.

Some people were less than encouraging. “I remember a well-meaning but misguided advisor telling me that I should manage my expectations because, as a woman studying at Macquarie University, I would be overlooked for the top positions at good firms,” she says.

Comments like that, she continues, were like “fuel to fire”. She immediately landed a paralegal job with a firm she loved and had four solid years of work experience before starting her clerkship at Blake Dawson, from which she’s “never looked back”.

In the aftermath of the global crash, Carly and David headed for Perth, “chasing the work” and looking for adventure. There, Carly joined A&O as a senior lawyer in the Corporate practice, working closely with Meredith Campion. Much of their work was in the mining sector and provided what Carly still sees as “the most interesting of opportunities – to learn an industry”.

Working with Meredith was a formative experience. “She’s an excellent operator and I learned a lot from her,” Carly says. “You take a piece of each person you work with to build your skillset; to determine what kind of person and manager you want to be and what you want to be known for.”

Three years later they were back in Sydney, where Carly took a senior associate role with a U.S. firm, working in M&A corporate and venture capital. A key part of her work was advising emerging start-up companies, incubators and funds. “This proximity to the business teams of our clients was what I found so fascinating,” she says.

The approach from Amazon came out of the blue. Carly was one of 14 Australian lawyers who joined the company in that wave.

Amazon, and Seattle, didn’t know what had hit them. “They really love Australian lawyers,” Carly says. “Maybe it’s because we’re not like ‘normal’ lawyers: we’re ‘unfiltered’, approachable and gregarious. We’re passionate about what we do, work extremely hard and have a no-nonsense approach. I think they find us odd but funny.”

She’d realised, in private practice, that she wanted to be closer to decision-making. She found this in-house at Amazon where, she says, each corporate counsel is expected to operate as a mini-GC. With that degree of autonomy, challenge and cutting-edge work, “I feel I have the best of both worlds”.

Her first role was supporting a programme for innovative start-ups called Amazon Launchpad. A few months later, she moved to support Amazon’s global retail expansion team. She says: “Learning the business of international expansion and blending my background in M&A with new skills as a product counsel was career-making. I learned a huge amount in those three years.”

During that time, she teamed up with A&O again in the Middle East, working with Tom Butcher from the Dubai office on expansion due diligence.

That work, as well as the integration of the newly acquired Souq.com into Amazon, involved working closely with the local team in Dubai, Riyadh, Cairo and Amman. “It was a world away from Manly Beach, Sydney. It was an incredible experience and something I will never forget,” Carly says.

In early 2019, she moved over to Audible, an Amazon subsidiary and the leading provider of premium digital spoken audio content, to support its international expansion and operations. It meant another relocation, from the U.S. West Coast to East Coast, making Newark, New Jersey – Audible’s headquarters – her fourth city in three years.

“It’s an incredible time to be joining Audible and helping develop new experiences for our listeners,” she says. “I’m loving working with Audible’s talented, passionate team.” Inevitably, there’s travel involved: the rest of the Audible international expansion team is in London.

Audible is part of a changing technology landscape where getting distinctive experiences to a broader set of customers through the cluttered media landscape and saturated screen spaces can be challenging. For a legal team, the aim is “always to simplify the way we do business to allow us to scale fast and effectively for our customers, strip out bottlenecks and waste, and create streamlined processes. Achieving that frees up time to engage in more strategically impactful work”.

In Carly’s view, a grounding in corporate law provides a good understanding of what makes a business tick. The training helps develop a sense of what information is important and what needs to be done to make a deal happen, including “reading the personalities driving the deal, unpacking the upside of the opportunity and weighing the issues and risks”.

Effective risk-taking is crucial, but risk has to be seen as contextual and non-linear. “The important part is to make judgment calls specifically for that business and its needs. In-house, you’re in the unique position to do that,” Carly says.

“I sit between product, technology and business teams – it’s quite fun.”

An aspect of the fun is mentoring new law and MBA graduates. “Their energy and passion is infectious and I know how important it is to have someone to listen and help provide both operational and strategic guidance,” she says.

Mentoring goes to the heart of Carly’s career. She continues: “I went into law because I knew it was difficult and challenging, but I had no idea what I was doing. Having someone take an interest in your development and seeing you as unique and valuable is incredibly motivating and really helped me reach my potential.

“One partner taught me about the importance of an internal brand and to be conscious of your impact on those around you. Another took the time, after my first M&A deal, to send a handwritten letter to each of us, telling us what it was about our characteristics and skills he valued in that transaction and how he wanted to see us build our careers.

“Those people made a real impact on me.”

She’s also reaching out into the wider community by mentoring a New York high school girl through a programme called Built by Girls. This voluntary role reflects values embedded in Audible by its founder and CEO, Don Katz, who is committed to improving the lives of those without privilege in the cities and countries in which Audible operates.

That approach starts at home, where a project called Newark Venture Partners, started by Katz, shares the company’s office building. It’s an investment fund and accelerator supporting early-stage technology start-ups; Carly plans to join the 300 or so Audible employees who have already signed up as specialists to coach the start-ups-in-residence. “It’s a fantastic opportunity to go back to my roots in start-up and entrepreneurial initiatives,” she says.

Audible encourages an open approach among its own teams. “You have to be interested in the people you work with,” says Carly, adding that she brings her “whole self” to work.

“All my colleagues know the names of my kids and all their quirks. They understand when something comes up, and they know I’ll work underwater to get things done,” she continues.

Home life, with Annabelle now aged four and her one-year old brother, Austin, can be chaotic. She admits sleep is “elusive”, and as for her gym regime, the less said the better!

Carly and David juggle work and parenting. His job as a brand strategy consultant allows him to work from home much of the time. She says: “I’ve been lucky finding employers that are kid-friendly and respect me to make the right decisions for my clients and family.”

It’s important, she adds, to share the ups and downs of being a career parent. “I’m particularly focused on normalising men taking parental leave and supporting men in the various paths they choose to make positive decisions for their family. I think this side of the coin is sometimes overlooked when we promote women and their ambition to have meaningful and impactful careers.

“David and I are a good team. We’re both passionate about our work and family. We’ve both made sacrifices for each other and done what we can to make family life work.

“Our kids are growing up learning what’s important.”

As for teaching them about their native culture halfway around the world, Carly is working at it with Aussie-style summer barbecues. Her sausage sandwiches – “I call them ‘sauso sambos’: that’s a word outside Australia, isn’t it?” – go down a treat with their New Jersey neighbours, too.