A sanctioned entity was not entitled to post-award interest on an arbitral award for the period that EU financial sanctions were imposed on that entity. The decision provides useful guidance on the interpretation of “no claims” and “non-liability” provisions, which are commonly found in sanctions legislation: Ministry of Defence & Support for Armed Forces of the Islamic Republic of Iran v International Military Services Ltd [2019] EWHC 1994 (Comm), as upheld on appeal :  [2020] EWCA Civ 145. 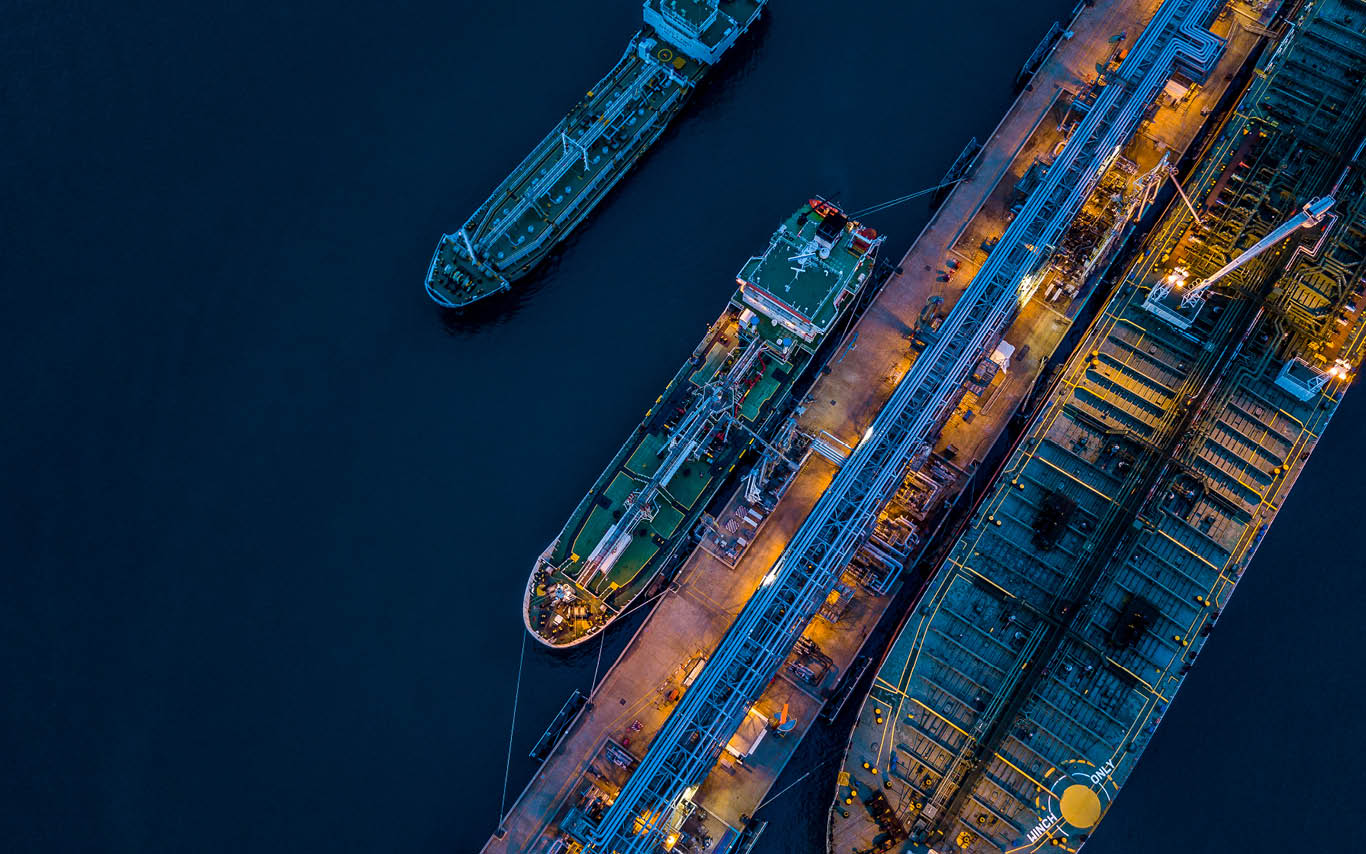 The arbitration had concerned contracts for the supply of military vehicles by IMS to the Iranian Ministry that were terminated following the Iranian revolution in 1979.

The Iranian Ministry sought to enforce the award against IMS in the English courts. However, the English enforcement proceedings were stayed pending the outcome of challenge proceedings brought by IMS before the Dutch courts, on the condition that IMS paid security into the English court. Continued accrual of interest on that security means that its value now stands at over GBP500 million. The Dutch courts set aside part of the award, but it was otherwise upheld.

In the meantime, sanctions were imposed on the Iranian Ministry under EU Council Regulation 423/2007 (presently Regulation 267/2012; the Regulation). In light of those sanctions, it was common ground that IMS could not, and cannot, pay the award, and that the court could not enforce payment. Nonetheless, the Iranian Ministry made an application to the English court seeking to have judgment entered in terms of the award, and a declaration that the security at court was held for its benefit.

A key question at issue for the court was whether the Iranian Ministry was prevented from enforcing the interest component of the award which accrued when it was subject to EU sanctions. (Determination of this issue would allow the parties to agree the total quantum, and consequently the balance of funds held as security could be returned to IMS, it being agreed that the amount of security exceeded the Iranian Ministry’s claims against IMS.

IMS relied on Article 38(1) of the Regulation, which provides as follows:

“No claims in connection with any contract or transaction the performance of which has been affected, directly or indirectly, in whole or in part, by the measures imposed under this Regulation, including claims for indemnity or any other claim of this type, such as a claim for compensation or a claim under a guarantee, notably a claim for extension or payment of a bond, guarantee or indemnity, particularly a financial guarantee or financial indemnity, of whatever form, shall be satisfied, if they are made by: (a) designated persons, entities or bodies …”

In interpreting Article 38(1), Phillips J considered the language and purpose of the provision. He found that the Iranian Ministry’s application to enforce the interest component of the arbitral award was “affected” by the measures imposed under the Regulation. He based this on the “in whole or in part” language of Article 38(1), as well as on Article 38(2) of the Regulation (which provides that performance is regarded as having been affected where “the existence or content of the claim results directly or indirectly from those measures”). Although the “existence” of the claim may not have been based on the sanctions, the claim’s “content” (insofar as it related to interest) did result from the sanctions. Phillips J also held that the relevant “transaction” was the arbitral award which the Iranian Ministry sought to enforce. He relied on the relatively broad definition of “transaction” in the Regulation, as well as making reference to the definition of “claim”.

As regards the purpose of Article 38(1), Phillips J referred to a number of sources, including the Recitals to an earlier version of the same Regulation, and English and European case law considering similar provisions. He concluded that the purpose of Article 38 was “to prevent civil claims being brought against a party as a result of the fact that their performance of a contract or transaction was impeded by the operation of the sanctions”. He found that preventing the Iranian Ministry from enforcing the interest component of an award for the sanctions period fell well within that purpose.

The Iranian Ministry argued that this interpretation of Article 38 would give it “confiscatory effect”, and that this ran counter to the “carrot and stick” approach envisaged by the sanctions (permanent confiscation being only “stick”). Phillips J did not agree. He found that, independent of the purpose of the Regulation as a whole, Article 38 served a specific purpose – “to ameliorate the impact of the sanctions regime on private relationships”. Phillips J also noted that, in any case, the longer sanctions remained in place (in light of Iran’s conduct), the longer the Iranian Ministry would be deprived of its post-award interest, which in his view was consistent with the “carrot and stick” approach.

The Iranian Ministry also argued that other provisions of the Regulation demonstrated that it does not prevent interest from accruing when sanctions are in force. Article 29(2) provides that the prohibition against making funds or economic resources available to sanctioned individuals or entities does not apply to “the addition to frozen accounts of: (a) interest or other earnings on those accounts …”. However, Phillips J held that Articles 29 and 38 deal with different scenarios – Article 29(2)(a) is “a statement of the general rule that Article 23(3) does not prevent the addition of interest or other earnings into a frozen account”, whilst the application of Article 38 is only engaged if the interest claim is a claim “in connection with any contract or transaction the performance of which was affected” by the sanctions.

“Non-liability” clause only provides protection where sanctions are incorrectly applied

IMS also sought to rely on Article 42(1), which provides as follows:

Phillips J acknowledged that this provision was expansively drafted, and that (read literally) it would preclude the Iranian Ministry’s claim for interest during the sanctions period. However, he concluded (obiter) that the proper scope of Article 42(1) was to provide protection for those who have incorrectly (but non-negligently) frozen funds or economic resources, or refused to make them available, by reference to the sanctions regime. Accordingly it had no application in cases such as the present one, which involved a correct application of the relevant sanctions.

Phillips J’s decision provides useful guidance for parties on the application of these and similar provisions in sanctions legislation.

His conclusions (as well as his emphasis on the protection of private parties) are likely to give non-sanctioned parties more comfort that steps they may have previously taken to comply with sanctions will not lead to them subsequently being penalised before the civil courts. The decision suggests that even where a party fails to apply the relevant sanctions correctly, it will still enjoy the benefit of protection under Article 42 provided that its behaviour was not negligent (a possibility considered by Gloster J to be arguable in the earlier case of Soeximex SAS v Agricorp International Pte Limited). As Phillips J noted, his decision in respect of Article 38(1) is also consistent with earlier OFSI Guidance issued by HM Treasury. This will reassure parties who previously acted in accordance with that Guidance that they are less likely to face historic claims based on non-payment to designated parties while sanctions were in force.

On the flipside, the decision is likely to be less welcome for sanctioned parties. The Iranian Ministry argued that IMS’s interpretation would be “confiscatory”, permanently depriving the sanctioned party of a property right rather than temporarily freezing assets. However, this may simply be a consequence of adopting sanctions provisions of this nature – in the earlier case of Shanning Ltd v Lloyds TSB Bank plc, the House of Lords adopted a purposive approach to the interpretation of a similar provision, and concluded that its effect was to permanently extinguish relevant claims. Further, it is notable that the scope of Article 38(1) extends beyond claims brought by designated parties – it also covers claims made by “any other Iranian person, entity or body” (Article 38(1)(b)). In future, non-sanctioned parties may go to greater lengths to characterise their performance of a contract or transaction as having been “affected” by sanctions, in an attempt to escape from their legitimate obligations (including obligations owed to non-designated parties). However, in a less clear-cut case (for instance, where the claiming party is not an arm of the Iranian government, or where the effect of sanctions on the relevant contract or transaction is less obvious), the courts may be more reluctant to accept that a transaction was affected by sanctions.