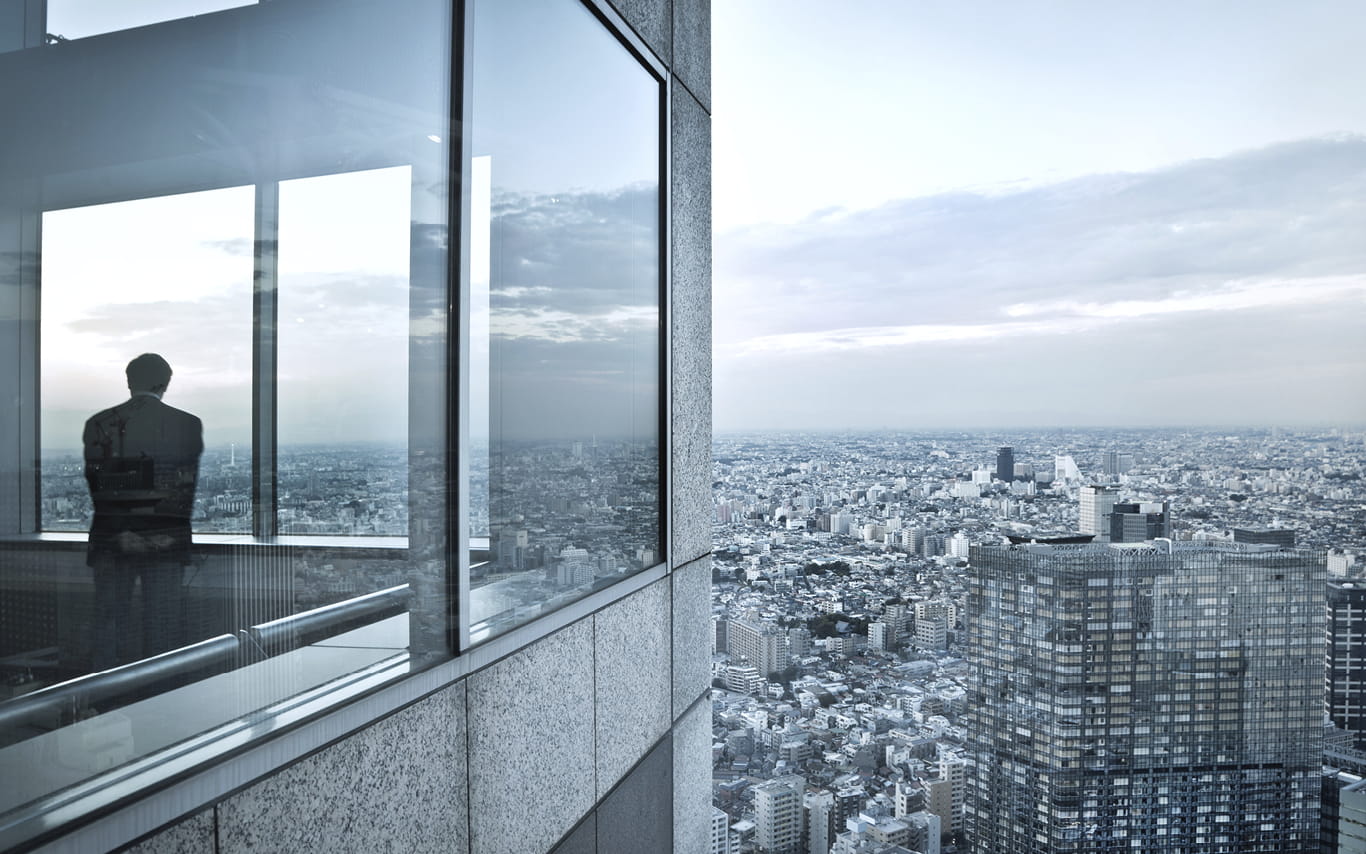 The FCA and the PRA have proposed taking enforcement action against Mr Forsyth in connection with arrangements he made for SBMIA to pay some of his salary and bonus, as well as other ad hoc payments, to his wife. The FCA and the PRA found that the purpose of these arrangements was to minimise Mr Forsyth's personal tax liability. In addition, the FCA and the PRA found that Mr Forsyth inappropriately involved himself in an investigation into these payments that was commissioned by SBMIA's board and that he provided misleading information to the PRA in connection with its investigation into the same payments.

Mr Forsyth has referred both decision notices to the Upper Tribunal (Tax and Chancery Chamber).

In addition to setting out the regulators' findings in connection with Mr Forsyth's misconduct, these decision notices also include interesting commentary in relation to limitation periods and the differing approaches of the FCA and the PRA to calculating financial penalties.

Between February 2010 and July 2016, Mr Forsyth paid his wife, Mrs Forsyth, a proportion of his salary (just over £200,000) in compensation for her providing some administration support and occasional hospitality at home in connection with SBMIA's business. As a result of this arrangement, Mr Forsyth paid approximately £18,000 less income tax than he would have paid had had these sums been to him and not to Mrs Forsyth.

In addition, the FCA and the PRA found that Mr Forsyth:

The FCA and the PRA found that Mr Forsyth's conduct demonstrated a lack of integrity in breach of the following requirements:

On this basis, the FCA and the PRA proposed fining Mr Forsyth a combined total of £154,498. They also proposed imposing a prohibition order on Mr Forsyth on the basis that he is not fit and proper to perform any function in relation to any regulated activities.

Mr Forsyth referred the regulators' proposed findings to the FCA's Regulatory Decisions Committee (RDC) and the PRA's Enforcement Decision Making Committee the (EDMC). This is the first joint FCA and PRA investigation that has been contested before both the RDC and the EDMC.

The RDC and the EDMC upheld the findings made by the FCA's and PRA's respective enforcement teams.

The central issue in this investigation was Mr Forsyth's decision to make certain payments to his wife, which the FCA and PRA considered to be in excess of what would have been proportionate in light of the duties that Mrs Forsyth undertook for SBMIA. For example, the FCA and the PRA found that, during the period in question, Mrs Forsyth was the highest paid SBMIA employee after Mr Forsyth, even though she had only provided limited administration support and occasional hospitality at home in connection with SBMIA's business.

In his representations before the RDC and the EDMC, Mr Forsyth noted that the FCA and the PRA had not alleged or established that the payments he had arranged for SBMIA to make to Mrs Forsyth violated any tax rules or that his conduct equated to "any wrongdoing from a tax law perspective". Both regulators responded to this representation by stating that they were not required "to decide … whether it was permissible from a tax law perspective for Mrs Forsyth to have received the amounts awarded, but rather whether Mr Forsyth acted with a lack of integrity". The FCA and the PRA both found that: "when judged against the objective ethical standards of the financial services industry, […] Mr Forsyth's actions, which involved paying increasing and unjustified remuneration to a spouse without proper scrutiny, financially benefitting from the arrangement, and taking steps to conceal the arrangement, lacked integrity."

The regulators' decisions on this point show that they do not consider it necessary for them to show that conduct violated other applicable legal requirements (in this case, tax law) in order for that conduct to demonstrate a lack of integrity. In this case, the FCA and the PRA considered that their finding that Mr Forsyth's conduct fell short of the high ethical and moral standards that are objectively expected of a Chief Executive of regulated insurance company was sufficient to warrant a finding that he had acted in a way which lacked integrity.

In October 2015, a number of concerns were raised internally at SBMIA in respect of Mr Forsyth's conduct as Chief Executive Officer. These concerns included an allegation regarding the payment of part of Mr Forsyth's salary to Mrs Forsyth. In response to these allegations, SBMIA commissioned an external auditor to examine, amongst other things, SBMIA's reporting to HMRC in respect of payments it had made to Mr and Mrs Forsyth.

Mr Forsyth participated in the agreement of the scope of the auditor's investigation which, in accordance with his proposals, did not include any examination of how he had arranged for a proportion of his salary to be paid to Mrs Forsyth. The FCA and the PRA also found that Mr Forsyth had overseen the production of the auditor's report, which set out the findings of its investigation. For example, when Mr Forsyth received a draft version of the auditor's report, he requested that the auditor removed from the final report details of his and Mrs Forsyth's pay for the tax years 2014/15 and 2015/16. Mrs Forsyth received the most significant payments from SBMIA (totalling £93,250) during these tax years. The auditor removed these details from the report and Mr Forsyth then sent the report to SBMIA's board as evidence that the allegations that had been made about him were unfounded.

Both decision notices characterise Mr Forsyth's conduct in relation to the auditor's investigation as amounting to him misleading SBMIA's board. SBMIA's Chairman was aware of the sums that Mr Forsyth had arranged to be paid to Mrs Forsyth and another board member had received this information in an email, although this board member told the FCA and the PRA that they had not read this section of the email in question. However, the rest of SBMIA's board was not made aware of the value of the payments that had been paid to Mrs Forsyth during the tax years 2014/15 and 2015/16 until after Mr Forsyth had left SBMIA in July 2016. When this information was shared with SBMIA's board, it commissioned an internal investigation into the sums that had been paid to Mrs Forsyth.

The FCA and the PRA found that Mr Forsyth's involvement in the auditor's investigation prevented the board from knowing about the sums that Mr Forsyth had arranged to be paid to Mrs Forsyth which, in turn, meant that: "there was no legitimate scrutiny by the board of the substance of the allegation regarding Mr Forsyth's payment[s] to [his wife]".

The PRA is proposing to impose a financial penalty of £76,180 on Mr Forsyth. Although its findings are the same as those made by the PRA, the FCA is proposing to impose a slightly higher financial penalty of £78,318 on Mr Forsyth. These figures include the amount of income tax (£18,034 plus 3% interest) that the regulators found Mr Forsyth avoided paying due to the sums that he arranged to be paid to Mrs Forsyth.

The difference in proposed financial penalties is due to the FCA and the PRA adopting different figures as Mr Forsyth's "relevant income" in Step 2 of their respective financial penalty calculations:

The FCA and/or the PRA cannot take enforcement action against an individual after the expiry of the "relevant period", which begins on the first day on which the FCA and/or the PRA had information from which misconduct could reasonably be inferred, unless a warning notice is issued to the individual before the end of this period (section 66(4)-(6), Financial Services and Markets Act 2000 (FSMA)). For misconduct that occurred before 25 July 2014, the relevant period is three years (section 5ZA(a), FSMA). For misconduct that occurred from 25 July 2014 onwards, the relevant period is six years (section 5ZA(b) FSMA).

In his representations before the RDC and the EDMC, Mr Forsyth attempted to argue that the FCA and the PRA could not take enforcement action against him for any misconduct that had occurred before 25 July 2014 as the limitation period for them to do so had expired. Mr Forsyth noted that, by 6 November 2015, SBMIA had made the FCA and the PRA aware of allegations that he had "arranged… to pay part of his salary to his wife who does not work in the business to reduce his tax liability thereby committing tax fraud" and that this misconduct had been ongoing since 2013. The decision notices do not detail what information was provided by SBMIA to the FCA and the PRA at this time, but it appears that SBMIA provided details about Mr Forsyth's conduct in a letter to the regulators and also provided some relevant "attachments". Mr Forsyth argued that the allegations made by SBMIA about his conduct "were clear, specific and unequivocal" and formed a "sufficient basis for [the FCA and the PRA] to investigate further".

As a result, Mr Forsyth argued that, when the FCA and the PRA issued their warning notices in respect of him on 24 April 2019 (more than three years after SBMIA made the FCA and the PRA aware of the payments he had made to Mrs Forsyth), the applicable limitation period had expired. He cited the Upper Tribunal's decision in Jeffery v Financial Conduct Authority (FS/2010/0039) (7 February 2013) in support of this argument. In Jeffery, the Upper Tribunal referred to previous case law on the Limitation Act 1980 which had held that a limitation period started to run when a party had enough information for it to be reasonable for them to investigate further.

The RDC and the EDMC rejected this argument and decided that the FCA and the PRA could take enforcement action against Mr Forsyth in respect of misconduct which took place before 25 July 2014. In doing so, they referred to other comments made by the judge in Jeffery (paragraph 338), namely that:

The RDC and the EDMC both decided that the information that SBMIA provided to them in November 2015 about Mr Forsyth contained "unsubstantiated allegations of misconduct" about Mr Forsyth, not all of which are consistent with the FCA's and PRA's view of his conduct. Instead, the RDC and the EDMC stated that the information received from SBMIA "might be expected to give rise to further enquiry" by the FCA and the PRA, which is what took place.

In its decision notice, the FCA remains silent as to when it considers the limitation period for it to take enforcement action against Mr Forsyth started to run. However, the PRA goes further on this point in its decision notice. Following its receipt of the allegations from SBMIA, the PRA states that it:

The PRA notes that the point at which it took these steps is "the earliest time when [the] limitation [period] may have started to run".

The regulators' findings in respect of Mr Forsyth extend to July 2016. For the final five months of this period, Mr Forsyth was a Senior Insurance Manager and performed the SIMF 1 (Chief Executive) role. His conduct during this period was found to have breached the Code of Conduct. Depending on the Upper Tribunal's decision on the proposed enforcement action, this would be the second time the FCA has taken enforcement action against an individual under the SMR, but the first time the PRA would have done so.

Sarah Hitchins is a senior associate, and Katherine Barrett is an associate, in Allen & Overy’s Litigation & Investigations Group.

This article first appeared on Practical Law (www.practicallaw.com) and is published with the permission of the publishers.