Life after Lehman: Five years on

Five years after the collapse of Lehman Brothers, we take a step back to review whether the failure of a systemic financial institution in the future can be managed to prevent the market disruption seen in 2008 and how financial markets are performing today.

Regulatory reform since 2008 has focussed on two areas: reducing the probability of an institution failing (involving substantial focus on capital, liquidity, governance and risk management), and reducing the impact of failure. Accepting that no amount of regulation will prevent future failures, we discuss the key question of whether we can now have confidence that the failure of another systemic institution could be managed without the contagion seen in 2008.

The Life after Lehman index report shows that the value of global financial transactions during the past 12 months to mid-August 2013 is still some 30% below what it was in the 2006/07, having fallen from just under USD20 trillion to nearly USD14 trillion in the past year. As well as charting the global value of financial transactions, the index also focus on 34 countries for more detailed analysis. Despite the drop in transaction values globally, 11 countries in our sample have seen the value of transactions increase since the crisis, eight of which are emerging markets.

The report focuses on key trends driving activity in debt capital markets, equity capital markets, loans, M&A and project finance, including how we expect the markets to fare over the next 12-24 months. One thing is clear, growth in finance will involve a continued diversification of the financial markets in terms of geography, product and provider.

The interdependence of these factors will lead to greater complexity as players in the market have to continually consider more options in order to meet their financing needs than they did pre-crisis.

Where we stand today 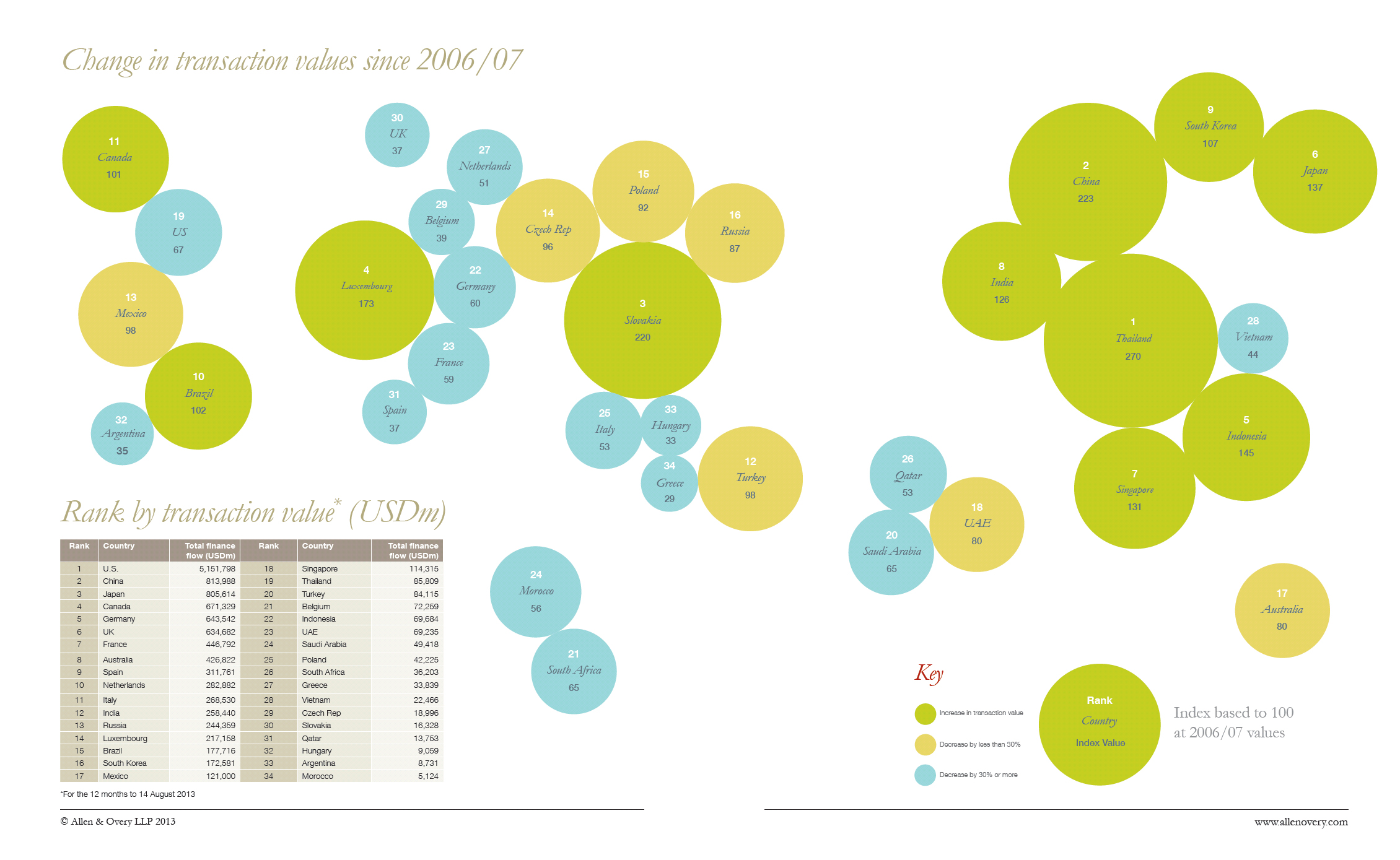