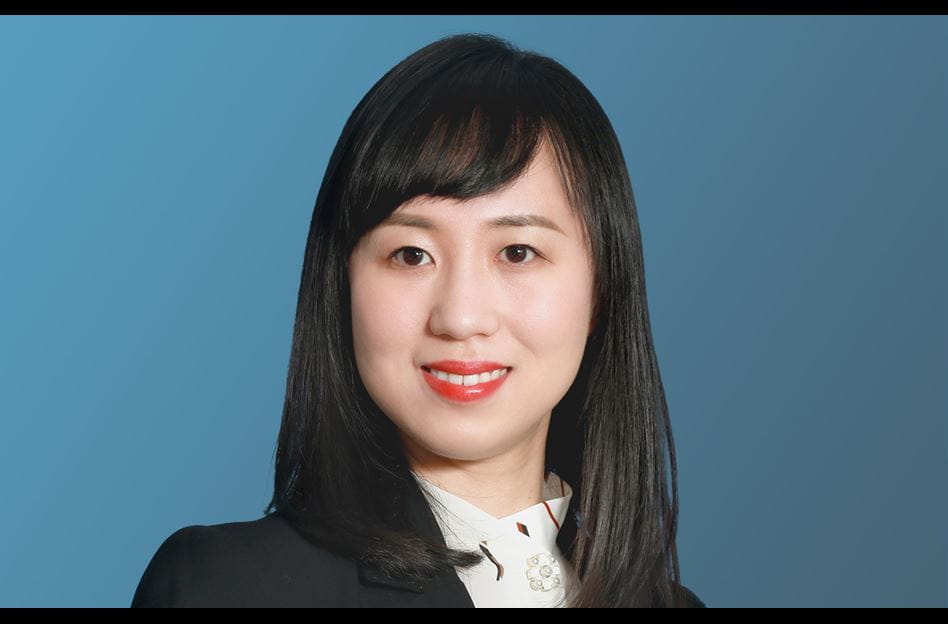 The term “pathological clauses”, coined by Frédéric Eisemann, is widely used to describe arbitration clauses with apparent defect(s) liable to disrupt the smooth progress of the arbitration. Such clauses may be a source of strife for the whole duration of the dispute – from jurisdictional battles to challenges at the enforcement stage.

However, not all “defects” render an arbitration clause devoid of any effect. Some of these imperfections may be resolved through the tool of interpretation. As Professor Benjamin G. Davis noted, “[n]otwithstanding the severe defects of many of the clauses, the fortuitous – but unpredictable – assistance of state courts, able institutions and imaginative arbitrators, could still make them work” (quoted by the Singapore Court of Appeal in Insigma v Alstom).

The question of interpretation is a jurisdiction-specific one, and it is not uncommon for well-advised parties to choose the governing law of their arbitration clause based on how generous the jurisdiction’s approach to interpretation is. However, even under so-called “arbitration friendly” laws, interpretation cannot amount to rewriting of the clause and care must still be taken at the dra​fting stage. This blog looks at some of the more interesting cases in England, Singapore and India which illustrate where the limits of interpretation may lie.

In Mangistaumunaigaz Oil Production Association v United World Trade Inc, the court upheld the clause which provided for “[a]rbitration, if any, by ICC Rules in London”, rejecting the argument that the words “if any” were inconsistent with an unconditional agreement to arbitrate. The court found that the words “if any” were either “surplusage” which could be ignored or an abbreviation for “if any dispute arises”. In contrast, in Kruppa v Benedetti, the court found that the following clause did not give rise to a binding agreement to arbitrate: “the parties will endeavour to first resolve the matter through Swiss arbitration. Should a resolution not be forthcoming the courts of England shall have non-exclusive jurisdiction”. It is “logically not possible” to have an effective multi-tier dispute resolution clause with two binding tiers (that is, arbitration and court litigation).

In Paul Smith, the court had little hesitation in upholding the following clause:

“13. Settlement of disputes – … any disputes or difference… shall be adjudicated upon under the Rules of Conciliation and Arbitration of the International Chamber of Commerce by one or more Arbitrators appointed in accordance with those Rules.

14. Language and law – This Agreement is written in the English language and shall be interpreted according to English law. The Courts of England shall have exclusive jurisdiction over it to which jurisdiction the parties hereby submit.”

The clause in Lovelock had a different fate. The clause purported to submit “[a]ny dispute and/or claim” to arbitration in England and “[a]ny other dispute” to arbitration to the USSR Chamber of Commerce Foreign Trade Arbitration Commission in Moscow. Lord Denning found that the two references were “impossible to reconcile” and “[i]t is beyond the wit of man – or at any rate beyond my wit – to say which dispute comes within which part of the clause”. This case serves as an important reminder that, when providing for multiple dispute resolution mechanisms, one must clearly delineate which disputes fall under each mechanism.

Singapore is also well-known for the willingness of its courts to uphold arbitration agreements. As the Singapore Court of Appeal explained in the famous (and much debated) case of Insigma v Alstom:

“… where the parties have evinced a clear intention to settle any dispute by arbitration, the court should give effect to such intention, even if certain aspects of the agreement may be ambiguous, inconsistent, incomplete or lacking in certain particulars… so long as the arbitration can be carried out without prejudice to the rights of either party and so long as giving effect to such intention does not result in an arbitration that is not within the contemplation of either party”.

The Court of Appeal’s interpretation of the clause in question in Insigma v Alstom was an example of such a generous approach. The court upheld a “hybrid” arbitration clause (a clause with a mismatch between the applicable rules and the administrating institution), which provided as follows: “Any and all such disputes shall be finally resolved by arbitration before the Singapore International Arbitration Centre in accordance with the Rules of Arbitration of the International Chamber of Commerce …”

Following Insigma, the ICC revised its rules in 2012 to clarify that “[t]he [ICC] Court is the only body authorized to administer arbitration under the [ICC] Rules” (see article 1(2) of the 2017 ICC Rules).

However, even after this revision, the Singapore High Court in HKL v Rizq International Holdings upheld a clause which provided that disputes shall be “[s]ettled by the Arbitration Committee at Singapore under the rules of The International Chamber of Commerce…”. It noted that, despite the fact that the clause specified a non-existent institution as the administrating institution, it would be open to the parties to approach any arbitral institution in Singapore which would be able to administer the arbitration applying the ICC Rules. The court therefore stayed the court proceedings with the condition that the parties obtain the agreement of the SIAC or any other arbitral institution in Singapore to conduct a hybrid arbitration applying the ICC Rules, with a liberty to apply should they fail to secure such agreement.

Nevertheless, it is important to note that Insigma and HKL do not provide a blanket endorsement of hybrid arbitration clauses. In particular, both decisions considered the chosen institution’s willingness to administer the arbitration under the ICC Rules to be of paramount importance. Prior to the Insigma decision, the SIAC had agreed to administer the arbitration in accordance with the ICC Rules and nominate appropriate functional bodies to supervise the arbitration. The Court of Appeal found that such an agreement rendered the clause “certain and workable”. Similarly, the High Court in HKL made it clear that the effectiveness of the clause was conditional upon the parties securing the agreement of an arbitral institution in Singapore “such as the SIAC” to conduct the hybrid arbitration in accordance with the ICC Rules. It is unclear whether, going forward, arbitral institutions would agree to administer arbitrations under other institutions’ rules (in the case of the ICC Rules, notwithstanding the 2012 revision) as a matter of institutional comity.

Further, not all types of defects relating to the administrating institution may be cured through interpretation. In TMT Co Ltd v The Royal Bank of Scotland plc and others, the High Court declined to grant a stay of proceedings on the basis of a clause which provided that “[a]ny dispute arising from or relating to these terms or any Contract made hereunder shall, unless resolved between us, be referred to arbitration under the arbitration rules of the relevant exchange or any other organisation as the relevant exchange may direct and both parties agree to, such agreement not to be unreasonable [sic] withheld, before either of us resort to the jurisdiction of the Court.” The court found that the involvement of a “relevant exchange” was necessary for any arbitration pursuant to the clause but no such “exchange” was involved in the parties’ relationship. Instead, the trades had been carried out through a clearing house, which was a different type of organisation. The court rejected the argument that the clause should be read as referring to a clearing house as an alternative to an exchange, on the basis that this would require a significant rewriting of the clause.

In recent years, Indian courts have generally taken a pro-arbitration approach when examining the existence and validity of an arbitration agreement.

Another prime example is Enercon (India) Ltd and others v Enercon GmbH and another, where the Supreme Court upheld a clause which provided that an arbitral tribunal would consist of “three (3) arbitrators, of who one will be appointed by each of the Licensor and the Licensee and the arbitrator appointed by Licensor shall also act as the presiding arbitrator.” Although the clause failed to designate how the third arbitrator should be appointed, the court read into the clause an additional line that the two appointed arbitrators shall jointly appoint the third, commenting that “[t]he omission is so obvious that the court can legitimately supply the missing line.”

On the other hand, Indian courts have also recognised that the clear words of the contract limit the scope for interpretation. Hence in Jagdish Chander v Ramesh Chander, the Supreme Court held that the clause which provided that “disputes shall be referred for arbitration if the parties so determine” did not give rise to a binding agreement to arbitrate because the “consensus ad idem” to refer disputes to arbitration was absent.

The selection of cases above illustrates that, even when dealing with jurisdictions which are known for their lenient approach to interpretation, caution is still required as there is no hard-and-fast-rule that a particular type of defect could be resolved through interpretation and the specific wording of the given clause is determinative of its effect.

The parties should therefore avoid unnecessary battles (and resultant costs) by taking a conservative approach to drafting at all times, clearly specifying all the key elements of a valid arbitration agreement as well as staying clear of any potential pitfalls. For example, although the hybrid arbitration clause in Insigma was ultimately upheld, the parties had to spend substantial time and costs in making submissions on its interpretation before the ICC, the SIAC, the tribunal, the Singapore High Court and the Singapore Court of Appeal, before the battle on the merits could even commence.

This blog is based on the author’s presentation at the ICC YAF South Asia Regional Conference held in Goa, India from 7 to 9 December 2018.

The author would like to thank Flo Wang, trainee solicitor at Allen & Overy, for her help with the research for this article.