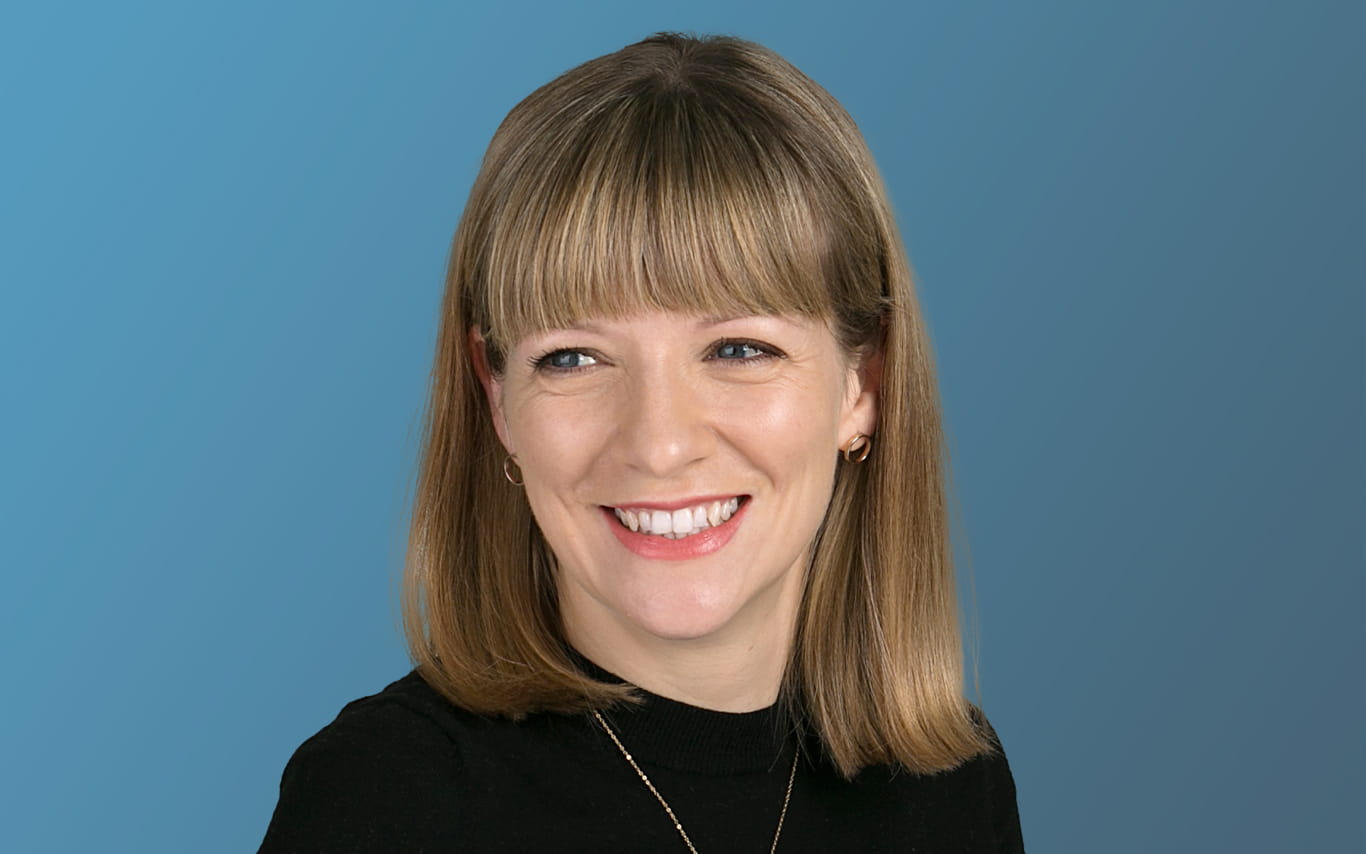 The Court of Appeal has twice in two months handed down judgments on how the return to literalism (post the Supreme Court’s ruling in Arnold v Britton) applies to exclusion clauses. This is an important development for all commercial parties who seek to limit their contractual liabilities towards their counterparties, whether by shortening limitation periods, narrowing or qualifying definitions of loss or any of the myriad other devices found under the umbrella "exclusion clause": Nobahar-Cookson & Ors v The Hut Group Ltd [2016] EWCA Civ 128 and Transocean Drilling UK Ltd v Providence Resources Plc [2016] EWCA Civ 372.

An exclusion clause is one which excludes or restricts a party's contractual liability, whether by imposing time limits for instituting claims, narrowing or qualifying definitions of loss, restricting parties' recourse to rights or remedies, or curtailing the application of the rules of evidence or procedure. Two recent Court of Appeal judgments have considered the construction of exclusion clauses and, in particular, how the principle of contra proferentem should apply to such clauses.

A similar but distinct approach, no longer regarded as a presumption, operates specifically in relation to exclusion clauses: the principle in Gilbert-Ash. In Gilbert-Ash (Northern) Ltd v Modern Engineering (Bristol) Ltd [1974] AC 689, 717H Lord Diplock held that there is a presumption that neither party to the contract intends to abandon any remedies for breach which clear words are required to rebut. This is now seen as a principle of commonsense: parties do not normally give up valuable rights without making it clear that they intend to do so.

In Nobahar-Cookson & ors v The Hut Group Ltd [2016] EWCA Civ 128 the appellant, Mr Nobahar-Cookson (originally the defendant) sought to overturn a High Court ruling in favour of The Hut Group (THG), which had brought a claim for a breach of warranty in the Share Purchase Agreement (SPA) by which THG had purchased a sports nutrition business from Mr Nobahar-Cookson. Mr Nobahar-Cookson had argued at first instance that the claim fell foul of the 20-day time limit for notification of such claims under the SPA. Considering the meaning of the term "aware of the matter" in the relevant limitation clause, Blair J had rejected Nobahar-Cookson's argument on the basis that the point at which THG as buyer had become "aware" of the fact that it had grounds for a claim was on receiving advice to that effect from its forensic accountants (the narrow interpretation), rather than when THG uncovered the facts it referred to those accountants (the wider interpretation). As such, the clock had not begun to run for the 20-day limit early enough to make THG's claim time-barred.

Briggs LJ, delivering judgment in the Court of Appeal, arrived at the same conclusion as the lower court but did so on very different grounds.

Where the two courts differed in their approaches was whether or not the principle of contra proferentem should apply to resolve the ambiguity between the narrow and wider interpretations of the limitation clause. Blair J was of the view that it should not, his rationale being that the SPA imposed similar time limits on both parties (a similar time-bar elsewhere in the contract operated solely against Mr Nobahar-Cookson as Seller) and this ruled out contra proferentem. Brigg LJ was of the opinion that the High Court had erred in this approach, and held that where a court applied the "natural meaning" test from Arnold v Britton to an exclusion clause and arrived at two differing interpretations, neither of which was commercially absurd, contra proferentem should apply and the narrower interpretation favoured.

It should be noted that while both other judges agreed with Briggs LJ on the outcome of the appeal, they both also qualified their agreement by making it plain that they would have put more emphasis on the "commerciality" of the preferred interpretation.

Contra proferentum should not be applied automatically to exclusion clauses

In Transocean Drilling UK Ltd v Providence Resources Plc [2016] EWCA Civ 372 (Transocean) an oil exploration company, Providence, hired a rig from Transocean to drill an exploratory well. During drilling a fault developed in the rig resulting in a four-week suspension of operations. Under the hire agreement, liability was apportioned between the parties by a complex and wide-ranging set of indemnities and exclusion clauses. One such exclusion clause operated to exclude recoverability of "consequential loss". This was a bilateral clause making each party subject to the same exclusions. The High Court had found that the breakdown was caused by Transocean's breach of the agreement. The breach was a failure to provide the rig in serviceable condition. Transocean appealed on a point of contractual interpretation ie whether or not certain losses were "consequential" and thus excluded.

The losses in question were referred to as "spread costs" and included the costs wasted on other contractors to provide ancillary services such as diving, weather and engineering services. Popplewell J took contra proferentem as his starting point for construing the exclusion clause on the basis that, in his view, the principle in Gilbert-Ash necessitated the application of contra proferentem without further enquiry.

Moore-Bick LJ, delivering judgment in the Court of Appeal, overruled this approach for three reasons. First, there was no ambiguity in the language of the contract. Contra proferentem is a method of interpretation of last resort and should only be invoked where there is ambiguity, not where an enquiry into the natural meaning of the words, as per Arnold v Britton, produces a single, commercially reasonable interpretation. Secondly, he held that contra proferentem is not synonymous with the principle in Gilbert-Ash and it should not be assumed that where one is applicable, so is the other. Finally, the Court of Appeal held that contra proferentem has no part to play in interpreting a clause which acts against both parties equally, especially where they are of equal bargaining power.

In this case, where the clause in question was a mutual exclusion clause that two parties of equal bargaining power had negotiated and agreed to, the Court of Appeal placed great emphasis on the obligation of the courts to give effect to contractual language agreed between commercial parties, particularly in light of Arnold v Britton. The court confirmed that even where parties have bound themselves to onerous obligations, an interpretation that reflects what the parties actually agreed to is to be preferred. Interference from the bench should be curtailed in favour of party autonomy. Moore-Bick LJ went so far as to suggest that parties might successfully, and without fear of interference, mutually exclude liability for any breach of a given contract. As long as the language of the contract clearly states the parties' intention to give up rights and remedies, the principle of freedom of contract dictates that it should be interpreted plainly.

The reiteration by the Court of Appeal in both cases that contra proferentem should only apply to clauses whose construction is ambiguous is a helpful clarification.

The relevant wording in each of these cases was markedly different from the other. In Nobahar-Cookson the clause was ambiguous. In Transocean the clause was clear, unambiguous and mutually operative against both parties to the agreement.

The overriding impression from both cases is that the Court of Appeal was keen to favour an approach to contractual interpretation that respects agreements reached by commercial parties, and will not leap to apply contra proferentem when faced with an exclusion clause, an approach that will be welcomed.

It seems that the court will be willing to uphold a clear and unambiguously drafted mutual exclusion clause between two equal contractual parties and thus drafting clauses to meet these conditions should – while there are no guarantees – improve the likelihood that an exclusion clause will be upheld.