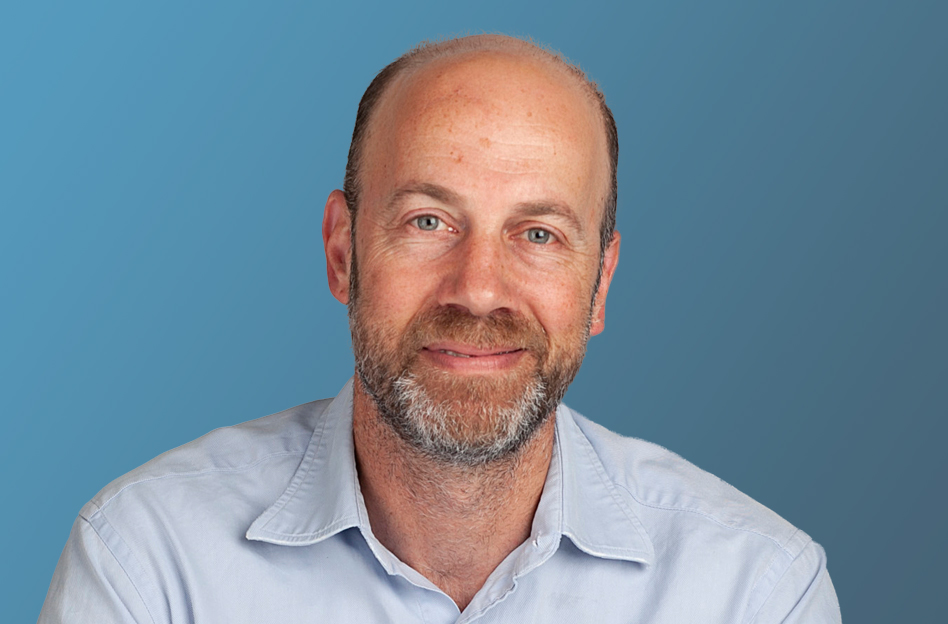 Allen & Overy was delighted to have the opportunity to lead a workshop on Initial Coin Offerings at the recent Innovate Finance Global Summit. We had such an engaged audience and covered so much ground that we wanted to share some of the key points more broadly.

What is an Initial Coin Offering?

Initial Coin Offerings are a digital representation of value and/or underlying rights that are issued or generated in exchange for fiat currency or cryptocurrencies. These coins (also known as tokens), may represent rights to an asset, payment or benefit or be used as value to exchange for goods and services. Tokens can be digitally traded on open or private blockchains between digital wallets either bilaterally or on an exchange and transfers and ownership of tokens are recorded in the blockchain, a digitised, decentralised public ‘ledger’ or a permissioned ledger.

There are various types of token in the market. The Swiss regulator FINMA recently categorised tokens as follows (acknowledging that hybrid forms are also possible):1

• Payment tokens ‒ which are synonymous with cryptocurrencies and have no further functions or links to other development projects. Payment tokens may in some cases only develop the necessary functionality and become accepted as a means of payment over a period of time.

• Utility tokens ‒ which are tokens intended to provide digital access to an application or service.

• Asset tokens – which represent assets such as participations in real physical underlyings, companies or earnings streams, or an entitlement to dividends or interest payments. In terms of their economic function, these tokens are analogous to equities, bonds or derivatives.

During the summer of 2017, interest in ICOs reached epic proportions, with issuers raising astronomical sums in very short periods of time. Filecoin, a data storage network backed by an application token, was a notable example, raising USD200 million within 60 minutes. Commentators in publications including the Financial Times and the Economist talked of tulips, bubbles, manias and panics.

Hot on the heels of this excitement came a wave of regulatory interest, with the charge being levelled that participants in the ICO market were operating in a “wild west” environment where speculation and even fraud were rife. From the U.S. to Russia to Australia, regulators opined on how they might navigate the delicate balancing act that comes between protecting investors and markets, on the one hand, and not stifling innovation, on the other. Some jurisdictions, including China and Korea, even banned initial coin offerings – at least for the time being. While the last few months may have been characterised by regulators struggling to catch up with a fast-moving market, what is equally clear is that a lack of standardised regulatory responses across jurisdictions does not diminish the obligation to comply with applicable laws and regulations.

A key regulatory question boils down to a matter of definition. Are tokens “securities” or the equivalent? If the structure of an ICO means the tokens are securities, the issuer will need to observe existing securities regulations in all the jurisdictions where the tokens are available for purchase – not a straightforward task given their electronic form and the variety of responses from regulators around the world. It is also possible that a token could be a security in one jurisdiction but not in another.

So how might ICO issuers and their advisers determine whether their token issues might be held to be a security? Features of a token offering that might trigger such analysis include:

• claims in bankruptcy for creditors;

• the status of tokenholders as creditors or lenders;

• options or futures rights granted by issuers; and

This is a threshold which a great many ICOs will cross. In the U.S., where the Howey Test is the specific standard by which regulators determine whether a transaction is a security, Securities and Exchange Commission chairman Jay Clayton commented in a U.S. Senate hearing in February 2018 that he believed that “every ICO I've seen is a security”.

ICOs which might be held to stray into the areas of loan-making, deposit-taking, collective investment schemes, insurance products or any other regulated financial services activity will need to be similarly mindful of existing regulations.

Other legal and regulatory considerations

Even outside the realms of financial services and capital markets, there is a significant body of additional law and regulation for prospective ICO issuers to consider down the path towards launching a token sale. Depending on the specific facts, these areas may include:

Aside from the growing body of regulatory commentary, we are already seeing retrospective enforcement action applied. After the SEC's first enforcement actions in September 2017, the SEC and the CFTC have gradually ramped up their enforcement efforts against fraudulent and unregistered ICOs. For example, the SEC, through its new Cyber Unit, filed charges against Dominic Lacroix and his company, PlexCorps, in connection with PlexCorps’ ICO. The SEC also expanded the scope of its enforcement actions to non-fraudulent ICOs when it issued a cease-and-desist order to Munchee Inc. Although the SEC did not suggest that Munchee had engaged in fraudulent activities, it concluded that Munchee's ICO constituted an unregistered offer and sale of securities. Because Munchee had emphasised the potential value increase of, and its efforts to establish a secondary trading market for, the token, the SEC concluded that investors would have had a reasonable belief that their investment in the tokens would generate an investment return.

The CFTC has also been active. In one example, it filed enforcement actions against the Entrepreneurs Headquarter Limited for engaging in a fraudulent Ponzi-style scheme to solicit Bitcoins and failing to register with the CFTC as a Commodity Pool Operator.

Most recently, the SEC charged two co-founders of Centra Tech. Inc. with facilitating a fraudulent and unregistered ICO after the co-founders used celebrity endorsements, fictional executives, misleading marketing materials, false claims about Visa and Mastercard backing, and other deceitful tactics, to promote its ICO. The co-founders were separately charged and arrested by the criminal authorities. We expect to see more U.S. enforcement action in this area from both the SEC and the CFTC in the coming months.

We have also seen the spectre of U.S. class actions becoming a feature of the ICO market. Towards the end of 2017, two class action lawsuits were filed in California and Florida against the founders and promoters of Tezos, another tokenised blockchain project. Allegations include violation of securities laws at both federal and state level. At the beginning of 2018, a series of class action lawsuits were also filed by various purchasers of the Ponzi scheme cryptocurrency, BitConnect, naming BitConnect and certain online personalities that had actively promoted BitConnect as defendants. The lawsuits came after BitConnect failed to deliver what it described as guaranteed investment returns on its lending platform and the BitConnect token used for such lending dropped in excess of 90% on 16 January 2018.

How to tap the potential?

But even in the face of a rapidly evolving regulatory environment, participants in our workshop could also see the potential of ICOs to introduce valuable liquidity to companies not yet ready to trade their shares on the public markets. So what were some of the takeaways for those trying to take advantage of the potential of this new form of fundraising without falling foul of regulatory standards?

Structuring token offerings in a way that allows issuers to take advantage of regulatory exemptions may be a way to control regulatory risks. For example, the EU’s Prospective Directive offers exemptions to issuances restricted only to "qualified investors" or where the sale of securities is made to or directed at fewer than 150 persons, other than qualified investors, per EEA State. With the U.S market being at the forefront of regulatory action, another option for ICO issuers is to consider structuring their offerings as Regulation S transactions. Regulation S provides a safe harbour from registration under the U.S. Securities Act for offerings made outside the United States by both U.S. and foreign issuers. Claiming the Regulation S exemption is contingent on two general conditions, namely that: (1) the offer or sale must be made in an offshore transaction; and (2) no “directed selling efforts” may be made by the issuer, a distributor, any of their respective affiliates, or any person acting on their behalf.

While Regulation S is a useful exemption in U.S. Securities law, ICOs present particular challenges in restricting the sale or resale of tokens to certain jurisdictions or investor types. In the decentralised world of distributed networks, “flowback” of tokens, particularly in the secondary trading market, may be hard to police and avoid. Our panellists talked about the use of technological measures to reduce this risk, including implementing KYC measures on the exchange trading the tokens to prohibit certain persons from purchasing tokens. Discussion also focused on how it is possible to use publicity releases as a tool for building awareness of the product but keeping information relating to the offering of the tokens behind technological measures to filter out access by certain persons.

The white paper for an ICO usually contains a detailed description of its features, including the system architecture and the way it operates, an explanation of how tokens might be issued and used, data about the current market and anticipated future growth, and a description of how funds raised will be deployed. It might also provide a list of project team members, investors and advisers. Deploying an offer document in addition to a white paper to fully disclose possible risks and set out investor protections (in a way that is comparable to that which is required by regulations relating to securities or other regulated financial services activities) may be a sensible step to take.

One of the primary functions of most financial regulators is to uphold the safety of people in their markets and in particular to protect “the person in the street”, and, as such, ICO offerings that see unsophisticated investors losing their savings are very likely to be the particular subject of regulatory fire – through upfront regulation and also through enforcement action in relation to historic breaches.

Who is responsible for getting it wrong?

In a world where regulation is rapidly changing and enforcement action seems all too possible, participants asked who was responsible when token sales go wrong? The bottom line is that issuers may be held criminally responsible in these circumstances, and their advisers can be held responsible for aiding and abetting a crime. In recent public statements, Mr Clayton has also emphasised that it is important for market “gatekeepers”, including financial institutions, broker-dealers, accountants and law firms, to prevent their clients from running foul of U.S. securities laws.

The future of regulation

At present we are seeing a degree of “land grab” among regulators in an attempt to be the first to regulate ICOs in a way that allows the market to grow safely. We’ve seen markets like Switzerland, Gibraltar and Singapore jostle to make themselves attractive as the choice of domicile for the issuing entities for ICOs. This thinking however, is largely rooted in addressing the challenge of issuing tokens in a way that complies with the jurisdiction-by-jurisdiction regulations in the world that we know now. Looking forward, there is a significant amount of work to be done to achieve international consensus at a legislative and regulatory level on how we deal with decentralised securities issuance.