Six years after the height of the financial crisis, managing regulatory risk remains the main pre-occupation of banks – and it’s set to stay that way for some time. 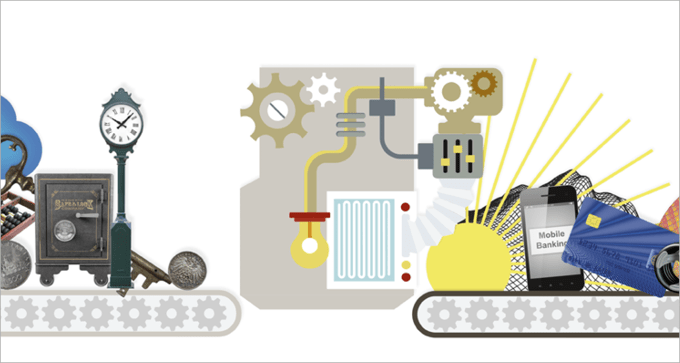 There has been an avalanche of new regulation already and there’s more to come, not all of which is clearly formulated yet or internally consistent with what has come before. Regulation has become highly political; as a result, incoming proposals are orientated more towards fragmentation of the financial system - along lines dictated by national interests and perceptions of socially useful banking - than they are towards serving economic growth.

The U.S. Dodd-Frank legislation – which is pushing banks into separating banking operations from some investment banking operations (derivatives and proprietary trading) - is relatively clear now; the process is underway. The UK’s moves to create a ring fence around retail banking, is a little further behind – with a 2019 deadline for implementation. Meanwhile, the EU’s Liikanen proposals have yet to be finalised, although they are moving in a similar direction – the separation of retail banking from potentially higher risk investment banking.

Work on bank regulation is on-going at the Financial Stability Board and within jurisdictions. Here, we are at a crossroads; the FSB is pushing for a global approach to be taken to resolving global banks, even as the central banks and regulators, who constitute its membership, work to ensure they can resolve banks along national lines.

Years of work on these changes lie ahead, particularly for those banks regarded as systemically important across many markets.

In the meantime, more up to the minute regulatory pressures continue to be exerted. This summer, 128 EU banks have been subjected to the latest asset quality review (AQR) by the European Central Bank, with results due in October. Expected to be more testing than previous stress test exercises, the likelihood is that it will force some banks to raise additional capital, shrink balance sheets and continue the process of disposing of non-core assets.

This adds up to a very tightly packed agenda. Hardly surprising then that few banks appear to be contemplating the sort of big strategic acquisitions that businesses in other sectors are beginning to make. It’s enough of a task to meet the regulatory challenges and to continue doing the day job successfully – running a profitable banking business that continues to serve its customers, make money for its shareholders and remain compliant with all the new rules.

One trend is clear though. Banks seem determined to focus their operations. Having grown rapidly ahead of the crisis, many have operations in markets that are no longer strategically relevant. That’s why we’ve seen the big players disposing of assets around the world, Barclays, Citi, Credit Suisse, UBS and HSBC among them. Indeed the latter has sold or announced sales of 74 businesses in different markets between 2011 and H1 2014. That still leaves a formidable operation with some 60 separate banks in different markets, all overseen by different regulators who sometimes impose rules that pull in different directions.

You might, on one level, expect this to be a time of radical change – the moment when banks set about building ‘the bank of the future’. In truth, for most, the accent is now on flexing the current business model rather than tearing it up and starting again. Their aim is to create a more resilient structure capable of being profitable, while meeting current and forthcoming regulatory requirements. Restoring political and public confidence in the system is another vital battle; as is the job of maintaining pressure on policymakers to introduce regulatory change that is workable in concept, and consistent in implementation.

And focusing the existing model is, in itself, complex work. Just look at the IT resources any major bank has these days. Banks are based on huge IT platforms. As many as one in four employees in a large commercial bank might these days be involved in running, maintaining or improving its IT systems. Think of managing the cyber security risks of an operation that - were it to be classified as an IT rather than the financial services company - might be four or five times the size of Apple.

Yet bank strategists do have to create a new picture of the industry; they need to sketch out what banking in general, and their individual institutions, in particular, will look like in 10 to 15 years’ time. That’s not easy to do when there are so many pieces on the table.

The responsibility on those managing this agenda is immense, as is the challenge of building the bank of the future. But, with many agreed that it will take 10 years from the height of the crisis to put the industry on a stable footing again, we may need to wait a while longer for it to emerge.