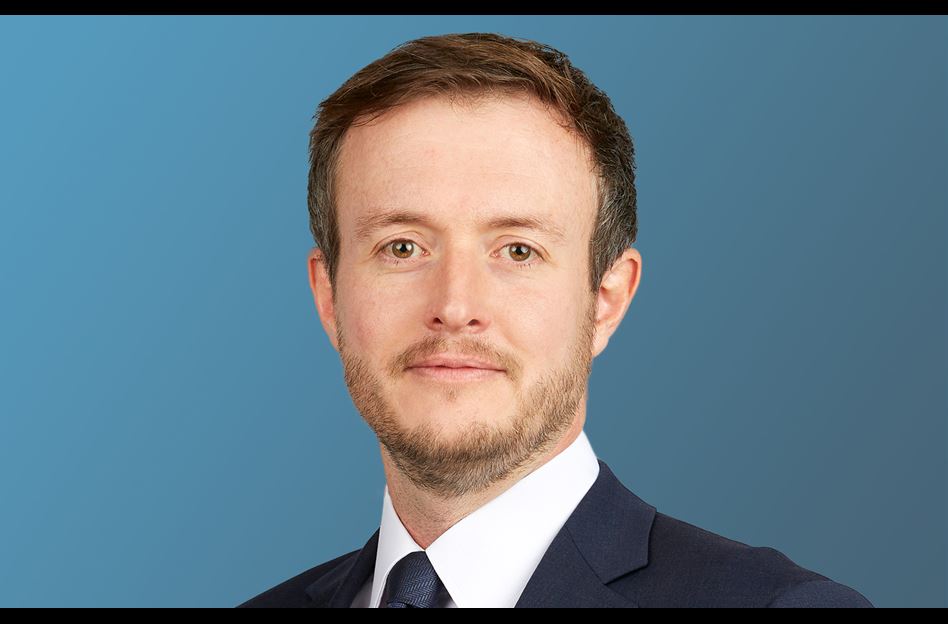 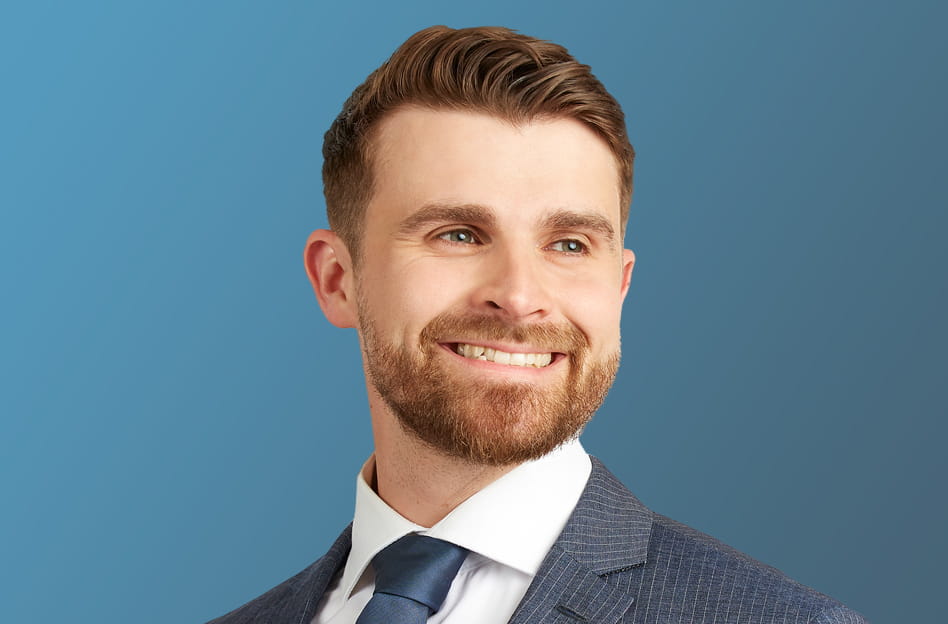 ​Welcome to the latest edition of Allen & Overy’s annual Asia Pacific FCPA and Anti-Corruption Update.  Forty years ago today on December 19, 1977, the U.S. Foreign Corrupt Practices Act (FCPA) was enacted by the 95th Congress of the United States.  On this anniversary, the purpose of this publication is to provide an overview of key developments in anti-bribery and corruption related policy, legislation and enforcement in the Asia Pacific region in 2017, as well as to take a closer look at some of the hot topics in anti-bribery compliance.

The year began by holding out the possibility of significant change in FCPA-related regulation and enforcement.  The inauguration of President Donald Trump on January 20, 2017 led many to speculate that FCPA enforcement would decline under a president who had previously decried the FCPA as a “horrible law” for U.S. business and as a piece of legislation that “should be changed”.  Almost a year on from his inauguration, and while there has been a slowdown in the raw number of announced FCPA enforcement actions, there are clear indications that FCPA enforcement will continue to be a priority of the Trump administration.  There have been a number of significant FCPA enforcement actions announced in the third and fourth quarters of 2017 and dozens of new investigations reportedly launched by the U.S. Department of Justice (DOJ) and/or U.S. Securities and Exchange Commission (SEC).  Add to that the public statements by several DOJ officials (including U.S. Attorney General Jeff Sessions) and the announcement by the DOJ on November 29, 2017 of a new FCPA Corporate Enforcement Policy designed to encourage voluntary disclosure of FCPA violations, and it seems clear that the FCPA is here to stay.

We have also seen in 2017 an increase in anti-corruption related policy, legislative and enforcement activities by countries in the Asia Pacific region, continuing the trend of recent years.  Among those developments: the People's Republic of China (PRC) has announced significant amendments to its statutory anti-corruption framework that will come into effect in 2018 including the introduction of the concept of vicarious liability for employers; Singaporean, South Korean and PRC authorities have engaged in a number of significant anti-bribery investigations and enforcement actions across a range of industries; the Australian government has continued its recent efforts to enhance its foreign bribery regime both in terms of the laws themselves and the tools available to Australian authorities to punish foreign bribery offences and hold companies accountable; and, investigations are ongoing in the region in relation to possible money laundering, securities fraud, cheating and other offences in connection with Malaysian Sovereign Wealth Fund 1MDB.

These and other developments which are discussed in this update combine to make the anti-bribery and corruption regulation and enforcement landscape all the more complex for companies operating in Asia Pacific.  Companies need to manage risks arising not only out of the anti-bribery and corruption regimes of countries that assert jurisdiction extraterritorially (such as the United States), but also risks arising out of increasingly complex local regulatory regimes and aggressive local enforcement agencies.  This complexity makes it all the more challenging for companies in the region to develop and enhance anti-bribery and corruption compliance programs designed to prevent and detect potential violations of law.  It also raises the stakes for companies conducting internal investigations, considering voluntary disclosures, and interacting with government enforcement agencies around the world.

We hope you find this publication informative and helpful.  Should you have any enquiries, please feel free to email the authors or your usual Allen & Overy contact.

The DOJ’s “Evaluation of Corporate Compliance Programs” guidance: what is it and how might you and your company use it?

In February 2017, the DOJ posted on its website a document containing a set of sample questions titled “Evaluation of Corporate Compliance Programs,” (Evaluation Guidance) that it says may be asked by the DOJ in evaluating a corporate compliance program in the context of a criminal investigation.  In this article we consider the contents of the Evaluation Guidance and how in-house legal and compliance teams might use it in their day-to-day work.

The first corporate FCPA enforcement actions of the Trump administration: a closer look at the Linde Group and CDM Smith Inc. declinations

In June 2017, the U.S. Department of Justice issued two “Declinations with Disgorgement” under the DOJ’s Pilot Program. The declinations were received by U.S. subsidiaries of the Linde Group and CDM Smith Inc. for FCPA violations in the Republic of Georgia and India and represented the first two FCPA enforcement actions of the Trump Administration.

Completing the Deal: Recent Cases Illustrate the Benefits of Corruption-related Due Diligence and Remediation

Several recent FCPA enforcement actions highlight the risks of successor liability when companies acquire targets that have been engaged in violations of anti-corruption laws. They reinforce the benefits of understanding a target’s potential liability and taking steps to minimize the risk. One company even avoided charges after its post-closing review identified that the target was giving improper gifts to government officials. This article also provides tips for conducting pre- and post-acquisition due diligence.

The FCPA’s broad reach and its impact on non-U.S. companies and individuals

A question raised by many companies is whether their non-U.S. operations and non-U.S. employees fall within the jurisdiction of the FCPA.  This question is particularly pressing for companies reviewing their operations for possible infringements, as the reach of the FCPA will be a key consideration in deciding how to proceed with an internal investigation, strengthen compliance programs, or, in some cases, voluntarily disclose any possible misconduct identified.

Answering the question of whether the FCPA applies to your company’s non-U.S. operations is often not straightforward.  As a number of recent individual indictments have made clear, many cases require a close assessment of the facts, and individuals with scant connection to the U.S. may still fall foul of the statute – making the jurisdictional question a vexing yet important one for companies with non-U.S. operations.

On September 21, 2017, U.S. regulators announced the resolution of significant enforcement actions against Telia Company AB (Telia), a Swedish telecommunications multinational, and Coscom LLC (Coscom), its indirectly owned subsidiary in Uzbekistan, for alleged violations of the Foreign FCPA. As one of the first major FCPA enforcement actions under the Trump administration, the settlement is also among the largest in FCPA history – totalling USD965 million in total criminal and regulatory penalties to be paid to U.S., Dutch, and Swedish authorities. The global investigation into Telia’s alleged bribery scheme is also a strong indication of the increasing level of cross-border co-operation among U.S. and international regulatory authorities, with numerous government agencies across Europe, Asia, and North America cooperating in the investigation.

Joint ventures come with significant corruption risks, especially where they operate transnationally or count a local state-owned enterprise among their partners. Not surprisingly, joint venture partnerships have frequently been the focus of FCPA enforcement actions, including most recently in cases involving multinational pharmaceutical and beverage companies. These recent cases highlight some of the risks of operating a joint venture, whether majority or minority-held, without appropriate oversight and control.

On November 4, 2017, at the 30th session of the Standing Committee of the 12th National People’s Congress (NPC) of China, the NPC approved a bill to amend the Law Against Unfair Competition.  The bill will become law on January 1, 2018. This is the first time the LAUC has been amended since it came into effect on December 1, 1993. Whilst the bill covers a number of different forms of unfair competition practices, this article highlights those amendments that impact China’s efforts to combat bribery and corruption and which are likely to cause major repercussions for foreign companies doing business in China.

The Advent of Stronger Foreign Bribery Laws in Australia

On December 6, 2017, the Australian Government introduced the Crimes Legislation Amendment (Combatting Corporate Crime) Bill 2017 (Bill) into the Senate. The Bill provides for a number of key amendments to the Australian Criminal Code to strengthen Australia’s foreign bribery laws and increase the range of tools available for investigators and prosecutors to deal with serious corporate crime. The changes are significant and include the creation of a new “absolute” liability corporate offence of failing to prevent foreign bribery and a new deferred prosecution agreement regime.

Following a lengthy public consultation process, the Australian Government has proposed reforms to harmonise private sector whistleblowing laws and grant increased protections to corporate whistleblowers. Notably, the reforms seek to implement new requirements for large companies to have in place a clear and accessible internal whistleblower policy. The reforms are expected to be effective from July 1, 2018, although companies will have until January 1, 2019 to introduce a whistleblower policy.

FCPA enforcement by the numbers

Australia: Senate Committee inquiry into foreign bribery due to report by February 7, 2018

FCPA and anti-bribery risk: the 2018 Winter OlympicGames in PyeongChang and 2020 Summer Olympic Games in Tokyo

Jurisdiction: Conduct of one individual enough to bring U.S. jurisdiction over a non-U.S. company

China: pharmaceutical industry continues to be a focus of the anti-corruption campaign

Indonesia: Developments in anti-bribery and corruption regulation and enforcement