Christ Church Primary School – a small community school five minutes from A&O’s London office – has lifted itself from a place of crisis to become one of the top schools in the country for the progress it achieves with pupils.

Having started a relationship in 2007, when the firm moved into its Bishops Square building, A&O has played a part in the school’s transformation over 13 years.

Christ Church Primary School and the beautiful 18th Century church it takes its name from sit next to each other on Brick Lane, beside the skyscrapers of the City of London, yet in one of the capital’s most deprived areas.

The school is small, with just under 200 pupils, most of whom are from the local Bangladeshi community around Brick Lane. “The majority are from families in the poorest socio-economic groups in London and have English as a second language,” says head teacher Julian Morant. “Most of the children live in households on income support, in very crowded housing, and a high percentage have special educational needs.”

In the early years of A&O’s relationship with the school, it was struggling to meet the national targets set by the Government, particularly in literacy.

“The school was facing a number of challenges when we first got to know it,” says Sue Wisbey, A&O’s community investment manager, who has led the firm’s relationship from the outset. “But it was just round the corner from our new office in Bishops Square so it made sense to try and support it.”

The relationship grew “pretty organically” to begin with, Sue says. It started with a request from Andy Rider, then rector of Christ Church and head of governors at the school, for A&O to support a musical production by the school celebrating the 300th anniversary of the Church and its communities – from the Huguenots through to Jewish and now Bangladeshi – that have lived in the area throughout its history.

A&O’s own choir and orchestra were growing at the time and so musicians and singers performed alongside the school children, and volunteers helped backstage, organising rehearsals and designing the set.

The musical began a relationship that would develop into a strategic package of support to help the school deliver its long-term development programme.

First was the volunteer reading scheme, in which A&O’s lawyers and support professionals visit the school during lunch breaks to give one-to-one support to children with their reading, as well as providing mentoring from someone outside the school or family context. The scheme – now running for over ten years – not only helps the pupils but also the volunteers who take a close interest in the children’s progress.

“The scheme has really raised the achievement of our children and helped to close the gap for those who were way below the expected reading level,” Julian says.

In fact, reading levels have risen above national expectations and the school is now one of the highest placed in its London borough.

The second area of impact, Julian says, has been curriculum enrichment. With the UK schools regulator, Ofsted, pushing all schools to develop a more creativebased curriculum, Christ Church has used funding from A&O to plan and implement its approach well before most other schools.

“The funding provided by A&O has made a significant difference in this area,” says Julian. “Children can find it difficult to make meaningful links in their work – for instance, they might do some great writing in an English session but when they do geography, history, science or art, they can’t necessarily transfer the skills. The creative curriculum is about a more thematic approach and active learning,” he says.

It has also been the catalyst for a range of other events and projects too: A&O volunteers have helped convert the old nursery setting into a vibrant art space – painting the room, building storage cupboards and making re-usable props for performances. Pupils have also participated in a number of A&O musical productions, including The Magic Flute at Glyndebourne Opera House and Carmen at Sadlers Wells. “These are incredible experiences and memories for both the children and their families,” Sue says.

Other providers have come in to do a range of projects, such as creative writing workshops, a journalism project with The Economist Foundation, circus skills classes, dance, and an inter-generational project with charity Magic Me, in which children worked with older members of the community and A&O volunteers to create murals on the school walls showing the history of Brick Lane.

Not only do these events enhance the children’s learning, they allow the school to engage more closely with parents and families, who are invited to take part and come to the school to see the children’s work. Parenting workshops are also demonstrating the value of having a supportive learning environment at home.

In addition, A&O’s funding is enabling progress with the school’s curriculum to be measured more robustly – two consultants visit each term to make sure the funding is being put to best use and having an impact.

“Without additional funding from A&O we would have a very limited version of the creative curriculum,” says Julian, “and we certainly wouldn’t have started as early as we did with it.”

The third key area of the relationship has been to fund the role of a school development manager for three years, who works on seeking new sponsorships and running the school’s engagement campaigns to attract applications.

This role is key, Julian explains, because the demographics of the local area are changing, with families being relocated out of the borough, meaning many schools’ pupil numbers are falling. There is talk again of school closures and amalgamations – which Christ Church has already successfully avoided once. At that time, Sue Wisbey was part of the school’s governing body that helped to block the attempted merger with another local school.

We are very proud of the journey we’ve been on and it’s true to say that A&O has been with us all the way.

Julian has now been head teacher of the school for seven years and has overseen a programme of improvements that have, in many areas, exceeded expectations.

“Christ Church Primary School is now thriving and applications to join the school continue to rise,” he says. “We’re not only serving families living nearby – still our major catchment – but we’re seeing more children coming in from the parents who work rather than live in the area.” The school offers ‘wrap around care’ for working families, with an 8am breakfast club and range of after-school activities.

For the past two years, the school has been judged by the Department for Education to be in the top 3% for progress. As Sue says, “when Julian first arrived, the school was not in a great place and a lot of children were struggling. Now it’s become the first school of choice in the area. The A&O volunteers who visit every week not only love the connection with the school but are developing skills, both personally and professionally, because of it.

“Projects like the reading and financial literacy support schemes offer our volunteers an insight into lives often very different from their own,” she says. “Talking to a six year-old calls for communication skills you wouldn’t necessarily develop by drafting a legal document!

“We can’t take credit for the fact the school is doing so well, but being able to fund important projects has an impact on the children and their families. It’s just great to be part of this wonderful place,” says Sue.

Progress can be fragile

Julian is delighted with where the school is now, but also clear it will take continued hard work to sustain progress.

“We’ve just been through a really tough time during lockdown and school closures,” he says. “First there were problems with the Government’s food voucher system for vulnerable children, so we set up a food bank with the local community to make sure families got essential supplies. Then there was the issue of supporting home schooling for children with no access to computers or the internet, meaning the teachers were preparing and distributing hard copies of work sheets throughout the school closure – something A&O has helped with by donating 30 laptops to the school.”

Progress, he says, can feel fragile at times. “We’re not at all complacent – but if the lockdown challenges showed us anything, it’s that the school and its community really come together in difficult times. People do look after each other.

“We are very proud of the journey we’ve been on and it’s true to say that A&O has been with us all the way.” 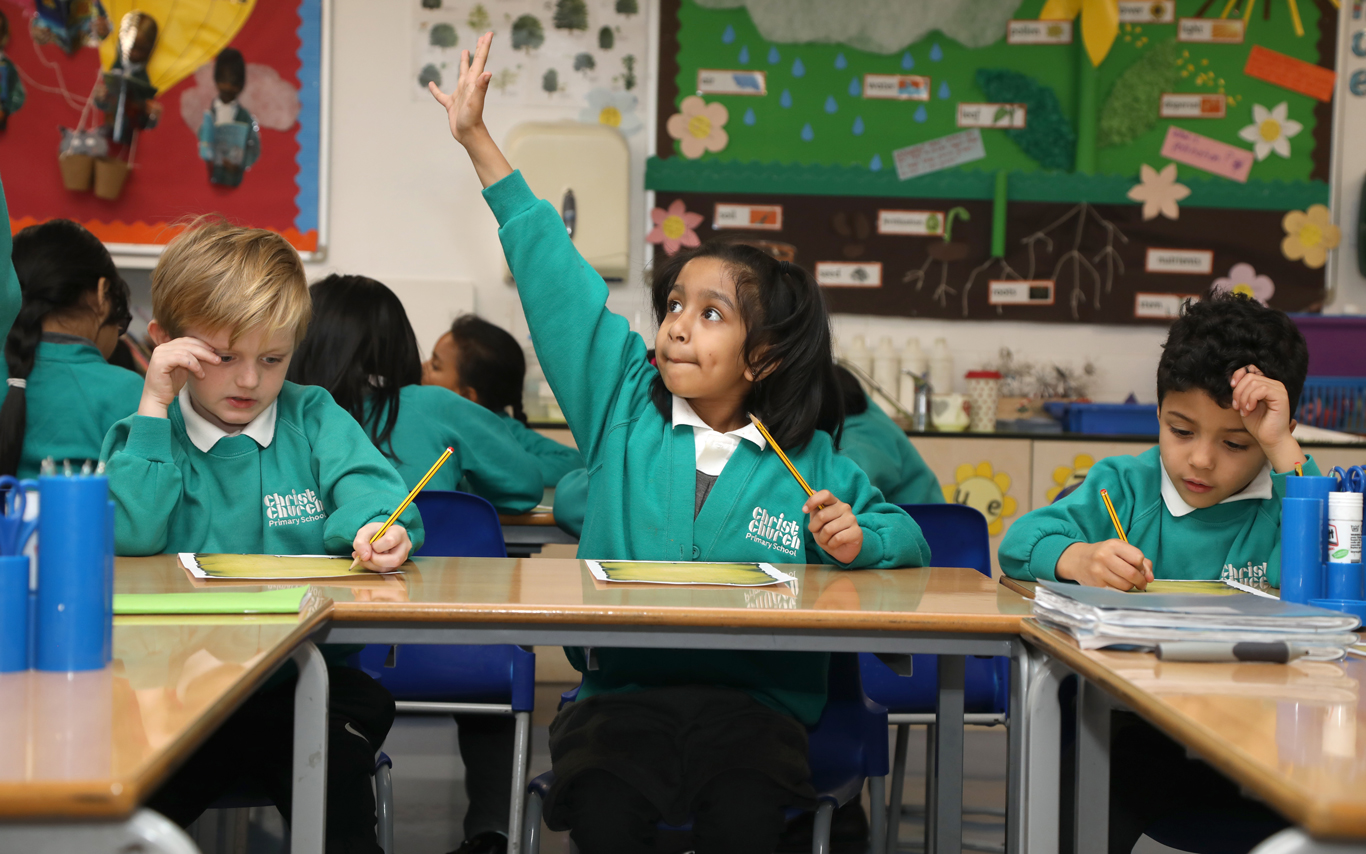