A&O has marked the end of Q4 2019 with a stellar performance in the M&A league tables; the result of advising on a number of complex, high-value transactions in a wide range of sectors and markets, around our global network in 2019. 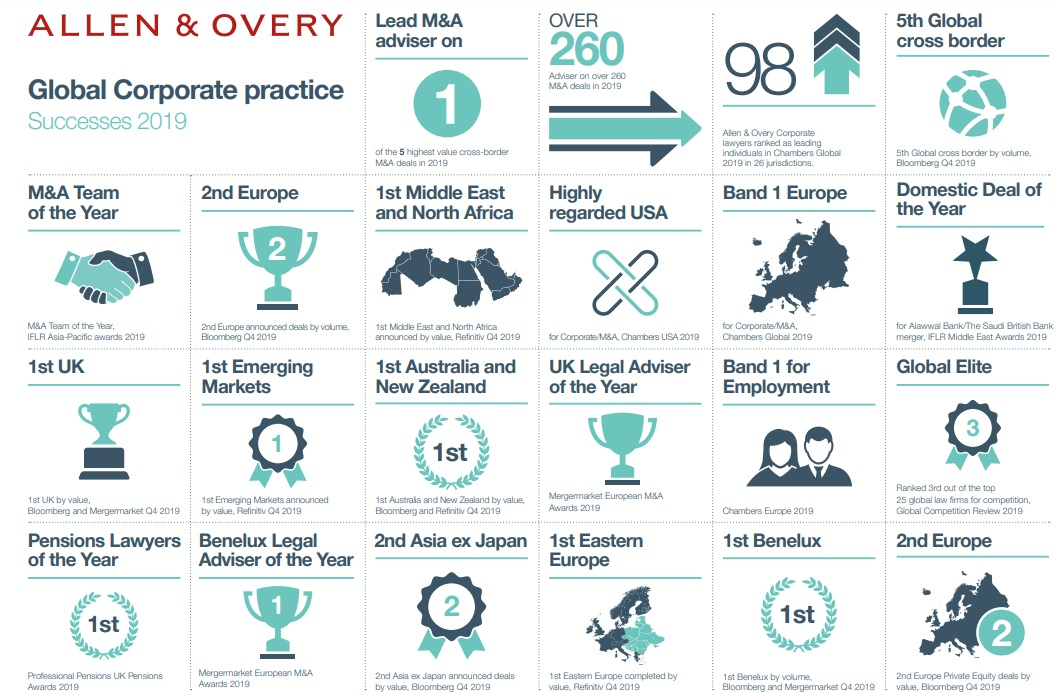