Japanese companies are continuing their search for assets across the world, with Japan the third most active acquirer nation, investing over twice as much abroad as China in value terms.

That trend continued in Q4 with a number of sizeable deals, including Asahi’s USD11bn acquisition of Carlton & United Breweries from AB InBev, the largest ever Japanese investment in Australia. We expect this outbound trend to continue.

The main factor driving activity is demographics. With an ageing population, the domestic market is shrinking and businesses recognise that the best way to achieve top-line revenue growth is through M&A.

Deals are often funded using the acquirer’s balance sheet. Shareholders also tend to be fairly modest in their demands for immediate returns. Domestic debt also remains abundant, and Japanese banks are looking for opportunities to deploy their resources.

Investors currently tend to be favouring more established markets, with on average around 40% of capital flowing into North America, 30% into Europe, 25% split equally between ASEAN markets and China, and the remainder going to the rest of the world.

The UK has been negatively impacted by the uncertainty surrounding Brexit, but remains an attractive target if the business being acquired has a strong domestic market, as we saw with MS&AD’s investment in Swiss Re’s UK closed book life business. But due to Brexit, the UK is no longer regarded as a bridgehead into the EU and many Japanese companies have relocated their European headquarters to the Continent.

Investment into Japan is also buoyant right now helped by the spotlight thrown on the country by the Rugby World Cup and the Olympics. Investors are looking to acquire less passive investments than in the past. Operating companies and infrastructure assets are now in the frame, whereas assets such as real estate, requiring little management, were preferred in the past.

Meanwhile the domestic M&A scene is also more active. Japanese conglomerates have become more strategic than was traditionally the case, and are looking to dispose of non-core businesses or to consolidate, as we have seen with Hitachi’s decision to divest Hitachi Kokusai and Hitachi Chemical and combine its auto business with Honda’s three leading suppliers. 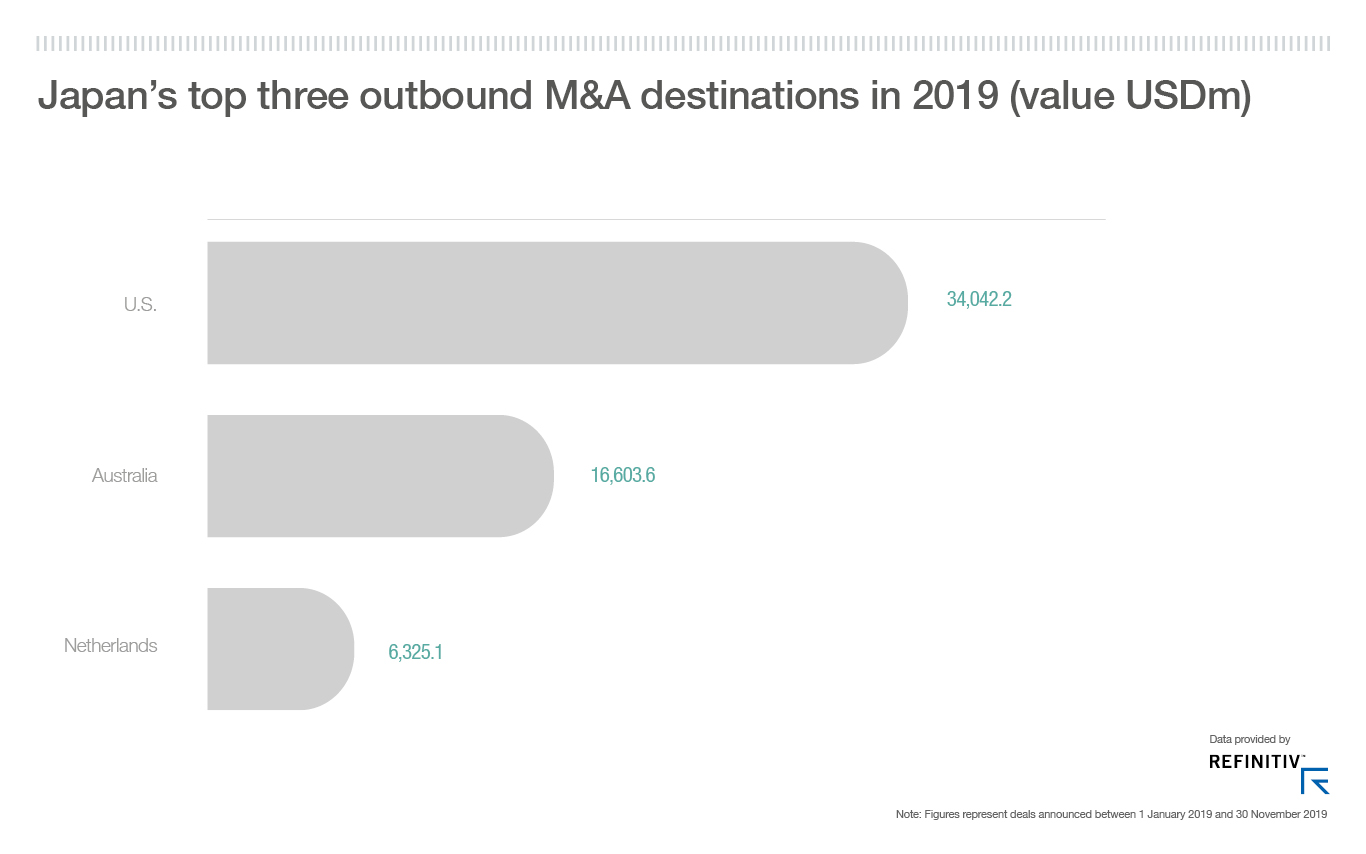