A single deal – the USD69bn acquisition of SABIC by Saudi Aramco – took centre stage during an extraordinary 134% increase in deal values in the MENA region.

But while the effect was a one-off and masked more moderate underlying activity, it nevertheless points to an important trend, as does Aramco’s upcoming and much-awaited IPO.

Governments are stepping up their efforts to monetise their investments to fund a diversification away from the region’s deep dependence on oil and gas revenues. The USD4bn investment by KKR and BlackRock in a 40% stake in the Abu Dhabi National Oil Company’s pipeline business falls into this same category, just as ADNOC Distribution’s IPO did in 2017 (at the time the largest for ten years in the region).

Separately, there is a continued emphasis on consolidating assets, owned or controlled by common government agencies but operating independently, particularly in the FIG sector as we saw with the near USD4bn merger of Abu Dhabi Commercial Bank and Union National Bank.

The drive to attract foreign investment to the region continues, with tech companies particularly to the fore. Uber’s USD3.1bn acquisition of Careem, the Dubai-based ride-hailing business that operates across 15 Middle Eastern markets, is a case in point.

There is also a continuing interest in attracting socially vital investment, notably in the education and healthcare space. An example is the recent acquisition by a consortium led by funds advised by CVC Capital Partners of a significant minority stake in GEMS Education, the world’s largest provider of private K-12 education services.

Despite the continued security and political tensions in the region, investors remain cautiously optimistic about the outlook. 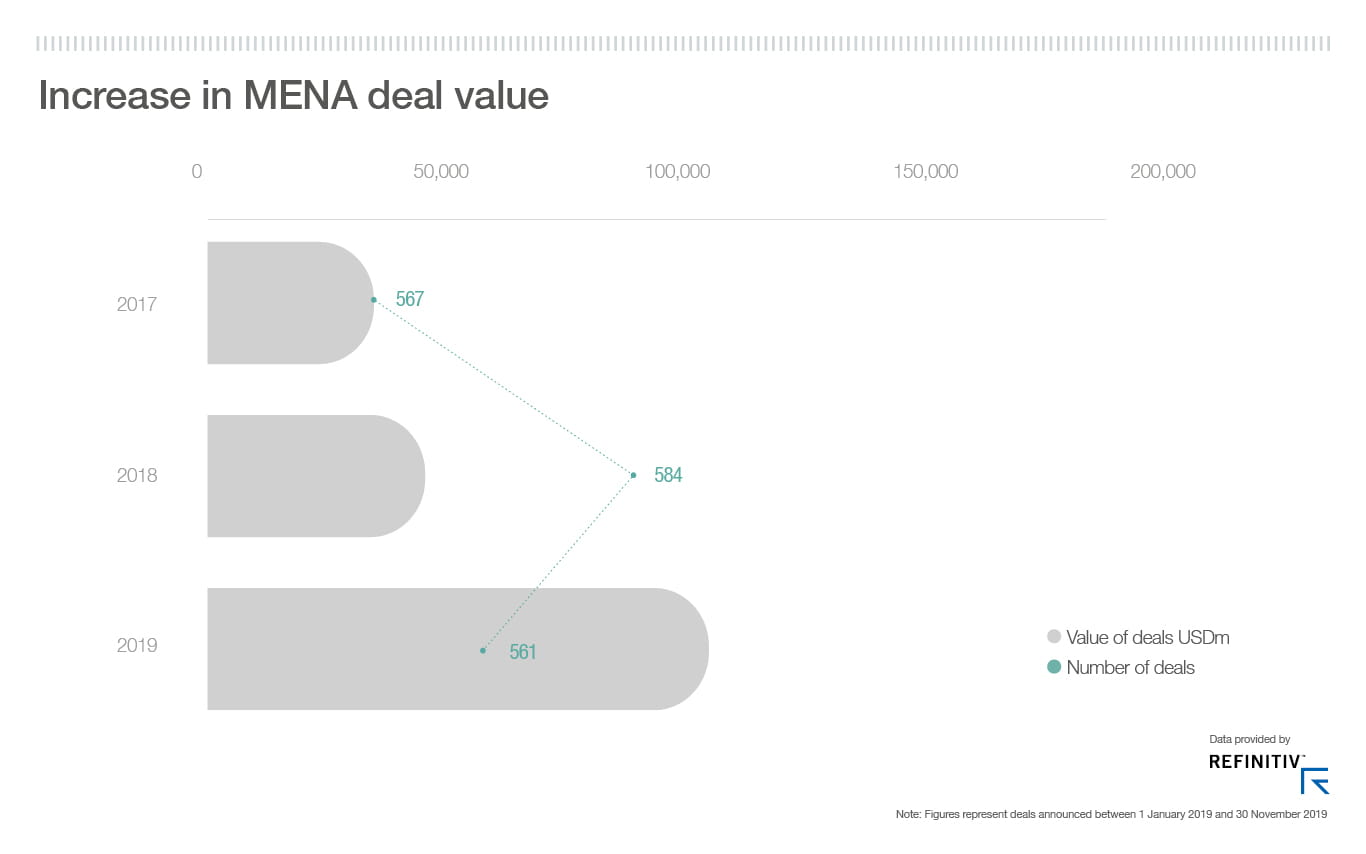