The UAE is at the forefront of a trend across the Gulf region to crack down on financial crime. Recent legislative changes introduced in the UAE have strengthened the powers and resources available to enforcement authorities. These changes have extended the scope and territorial reach of the anti-bribery law, increased penalties for private companies involved in criminal activities, and allowed authorities to seize the proceeds of crime.

The trend towards increased scrutiny and transparency has become more pronounced in the UAE’s international policy, with it taking a more collaborative approach with foreign regulators and authorities in countering terrorist financing and money laundering. Companies operating in the UAE should consider how compliance with the new regime is likely to impact both business-wide strategic decisions (such as the selection of business partners or entering into new markets) as well as day-to-day decisions (including the financing of business operations). They should also ensure that appropriate compliance procedures and policies are in place.

There have been a number of legislative changes to the UAE’s financial crime regime.

ABAC reforms: The UAE Penal Code applies across all seven Emirates and the economic free zones (such as the Dubai International Financial Centre and the Abu Dhabi Global Market). Since 2016, the UAE has significantly extended the scope of the UAE Penal Code provisions relating to corrupt activities:

AML reforms: The new AML law (Federal Law No. 20 of 2018 on Anti-Money Laundering) introduced at the end of 2018 and then expanded1 provides a more robust framework for combating financial crime. The new AML law:

The most notable amendment is a new registration requirement for Designated Non-Financial Professions and Businesses (including law firms, real estate brokerages and accounting firms). This requires that corporates provide the DFSA with information on its beneficial ownership and senior management teams and identify a Money Laundering Reporting Officer.

Companies operating in the UAE should keep in mind that, in addition to the imposition of fines (which is the standard penalty for the violation of financial crime laws), companies can also face administrative sanctions if they are involved in money laundering or the financing of terrorism. Such sanctions can vary from sector exclusions and restrictions on board membership and ownership, to a suspension of the business or the cancellation of the company’s trade licence. In practice, it is difficult to predict what penalties may be imposed on businesses that fall foul of money laundering or terrorism financing laws, because the UAE Public Prosecutor has wide discretion.

There are multiple treaties in place (such as the UN Convention against Corruption, or the Arab Convention to Fight Corruption) that provide for cooperation between the UAE police authorities and regulators and foreign or international authorities in criminal matters. Under the Law on International Judicial Co-operation in Criminal Matters, the UAE authorities can request assistance from foreign judicial authorities and regulators, including the provision of information and evidence, extradition, or seizure of property.

In recent years, the UAE government has sent a clear message that it intends to use its international network to fight money laundering and terrorist financing.  A prominent example of increased international collaboration is the Terrorist Financing Targeting Centre (the TFTC), comprising the U.S., UAE and other GCC nations, which resulted in the imposition of specific sanctions directed at exchange houses and networks of money dealers across GCC countries. There have also been several high-profile enforcement actions undertaken jointly by the UAE and the US authorities against the Iranian regime’s network. Most recently, in October 2019, the US Department of Treasury announced that a TFTC-co-ordinated action resulted in the identification of 25 businesses which are thought to provide multi-billion dollar assistance to paramilitary units responsible for encouraging conflict across the Middle East and North Africa.

The UAE’s Financial Intelligence Unit has launched “go-AML”, an anti-money-laundering platform developed by the United Nations Office on Drugs and Crime, which is used by financial intelligence units around the world.  The UAE has become the first country in the Gulf region to launch the platform, which is designed to facilitate the receipt and analysis of suspicious transactions, which are then passed onto law enforcement authorities for investigation.

This article is part of the Cross-border White Collar Crime and Investigations Review.  Read our overviews and insights in other jurisdictions here.

Yacine Francis , whose promotion to partner is seen as “richly deserved," is described by clients as “very user-friendly, concise but also knows the big picture” He is heavily involved in financial crime and fraud cases.
Chambers Global 2019 (UAE Dispute Resolution)

"The team are praised for doing an excellent job. They have a very extensive level of expertise, knowledge and ability to take complex matters and distil them into easy-to-digest explanations.”
Chambers Global 2020 (Middle East, Dispute Resolution)

“Clearly experts at what they do,” and “you feel that you are in good hands”
Chambers Global 2019 (Middle East Dispute Resolution) 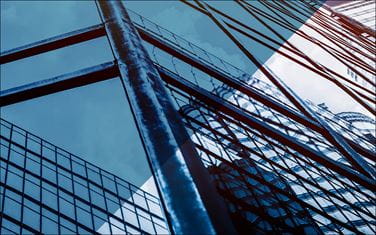