France remains a hub for white-collar crime enforcement. Spearheaded by the National Financial Prosecutor’s Office (PNF), the white-collar criminal enforcement landscape continues to move towards greater collaboration with overseas enforcement authorities, corporate settlements, and heavy fines. The fight against money laundering, tax evasion and corrupt practices remains at the forefront of enforcement action, alongside a rising number of investigations in the area of Environmental and Social Governance (ESG).

Several bills have been presented by MPs to the French Parliament over recent months, relating in particular to the fight against corrupt practices, the internal investigation process and the protection of whistleblowers. Depending on how they progress through the French Parliament, they may give rise to new obligations for corporates with a French nexus in 2022.

The criminalisation of companies’ breaches of their Environmental and Social Governance (ESG) policies with regard to human rights is an emerging trend. In particular:

A focus on tax evasion

2021 also saw a move towards enhanced prosecution of tax evasion. In the context of French-style deferred prosecution agreements (known as CJIP, Convention Judiciaire d’Intérêt Public), a foreign bank agreed to pay EUR25 million for aiding and abetting a tax evasion by issuing loans to the perpetrators of such tax evasion. New guidelines published by the Ministry of Justice in October 2021 intend to facilitate the exchange of information between prosecutors and the French tax authority in order to help prosecutors characterise the constituent parts of tax evasion. The PNF stated in mid-2021 that two-thirds of the French guilty plea procedures that it led (known as CRPC, Comparution sur Reconnaissance Préalable de Culpabilité) were related to tax evasion.

Offences against the EU budget

At the European Union (EU) level, the European Public Prosecutor’s Office (EPPO) started its mission in July 2021 for the prosecution of offences against the EU budget, such as fraud, corruption and cross-border VAT fraud. The Paris section of the EPPO has taken on five cases out of the 40 complaints reported to the Paris section since July 2021, and intends to increase the volume of investigations in the upcoming years.

A recent ruling by the French Supreme Court (Cour de cassation)[1] asserts that a company may be placed under formal investigation (mise en examen) for aiding and abetting a crime against humanity. The mere fact that the multinational company paid an organisation while it was allegedly aware of the organisation’s purely criminal purpose is sufficient to characterise that the company aided and abetted such organisation. This ruling is likely to extend the scope of corporate criminal liability. French banks have already been subject to investigations for aiding and abetting crimes against humanity over recent years and the ruling will inevitably increase this trend.

Ongoing legislative reforms are likely to affect corporate criminal liability, although they may evolve during parliamentary debates:

A reform of the French judicial system, which is being reviewed by the French Constitutional Council (Conseil constitutionnel), has led to strong debates on the scope of attorneys’ legal privilege in France. The bill explicitly recognises the existence of attorneys’ legal advice privilege, aligned with legal privilege relating to the rights of defence. It also memorialises the inability of attorneys and their clients to rely on legal advice privilege where communications between them may have helped perpetrate or facilitate corruption, tax fraud and terrorist financing.

The Sapin III bill proposes new provisions in the French Code of Criminal Procedure to strengthen the rights of individuals during an internal investigation. The proposed law provides, inter alia:

The French bill transposing the EU Whistleblowing Directive goes beyond the provisions of the Directive and could, if adopted, lead to an increase in whistleblowing and subsequent internal investigations.

Sectors targeted by law reforms or enforcement action during 2021

The economic sectors at risk of being investigated by the PNF remain those targeted by the so-called “Belloubet Circular” (published June 2020), namely: construction, mining, transportation, telecommunications, pharmaceuticals, energy and military equipment.

The French regulatory authorities will continue to focus their efforts on compliance with AML/CTF and corruption regulations by the financial services sector, including financial institutions, payment service providers and accountancy firms.

The AFA, which is responsible for ensuring that companies comply with their obligation under the Sapin II Law to implement anti-corruption systems and controls, could focus its inspections on:

Although no coordinated CJIPs were reached in 2021 between the French authorities and their foreign counterparts, there is still a strong willingness amongst French criminal authorities to nurture cross‑border coordinated investigation and enforcement activity.

In June 2021, the head of the PNF affirmed to the French press that 80% of the investigations conducted by the PNF have an international component and that the coordinated CJIP between Airbus, the PNF, the U.S. Department of Justice and the Serious Fraud Office constituted a turning point in international cooperation.

As early as 2020, the PNF was getting ready to create “optimal cooperation” with the EPPO. According to the impact assessment conducted with respect to the bill on the EPPO and specialised justice, between 60 and 100 cases dealt with each year by the PNF, the inter-regional specialised criminal authorities and customs authorities could be referred to the EPPO.

The French financial and banking industries are likely to continue to be key targets of enforcement action, with an increasing level of fines and penalties.

The fight against corruption is likely to remain a hot topic. Should the Sapin III bill succeed through the French Parliament, the French subsidiaries of foreign parent companies will have to conduct a gap analysis between their existing anti-corruption programmes and the anti-corruption requirements set out by French law.

The number of ESG-related investigations is likely to increase, with the protection of human rights and the environment being at the forefront of debates. Under French law, alleged victims and certain associations have the power to force the opening of a formal investigation, even if a public prosecutor considers that it is not worth pursuing the issue.

Denis Chemla is an outstanding professional. He is always present, proactive and on top of matters. He is a pleasure to work with. 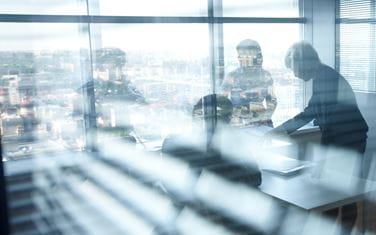