China’s data laws add substantial complexity to the cross-border transfer of documents and evidence for investigations, particularly in the context of requests from foreign government authorities, and for internal investigations. This will impact how a company can respond to direct requests from non-Chinese authorities in any investigation concerning China-based conduct. Data enforcement activity is also increasing rapidly, and has confirmed that foreign-registered entities are captured squarely by the PRC data regime, if processing activities under their direction are carried out in China.

A dip in ABAC enforcement activity against companies in 2022, due to competing governmental priorities (notably Covid), is expected to be temporary, with the government regularly restating its commitment to combat both active and passive bribery.

Following a trend that started in 2021, the number of published ABAC-related enforcement cases continued to decline in 2022. China Judgments Online reported 34 first-instance bribery convictions as of late October 2022, as compared to 158 in 2021. The real estate and construction industries continued to account for around one‑third of these cases in 2022. Similarly, according to a Wolters Kluwer database, the number of published administrative penalty decisions for commercial bribery dropped from 100, in 2021, to 40 in the first ten months of 2022.

While China continues to crack down on passive bribery and graft by removing and sentencing high-level public officials, including (as of August 2022) four ministerial-level officials, 21 vice-ministerial-level officials, and several senior executives of centrally state-owned enterprises, there have been no high-profile enforcement actions against companies committing active bribery. This is particularly noteworthy as the government declared in the last year that it would be more active in punishing active bribery, and in pursuing further “concurrent investigations” of active and passive bribery.

This decline in commercial enforcement action may be due to a shift in the government’s priorities towards more urgent threats, including international political pressures, and COVID and its associated preventive measures.

During the pandemic, there was a significant expansion of government power at both the central and local levels. At the same time, the “emergency” nature of this more expansive government reach has complicated the ABAC environment in China, as parties balance their compliance obligations with the need for urgency in dealing with the government’s epidemic controls.

We expect this trend of lessened enforcement action to be temporary, with the government regularly reaffirming its commitment to the “anti-corruption” campaign. The critical and unanswered question is when the government will turn its attention back to ABAC as a policy priority. It is interesting to note that, on 22 November, the State Administration for Market Regulation (SAMR) released a new draft amended version of the Anti-Unfair Competition Law (the AUCL) for comment. The new draft proposes reinstating a previously-abandoned, controversial approach to punishing active bribery directed not only at the personnel of transaction counterparties, but also at transaction counterparties themselves (if not properly accounted for). It also proposes reinstating punishment for passive bribery, and strengthening the administrative penalty for violations.

China’s regulators have been far more active in enforcement of its new data protection laws. The new data regime saw its most high-profile enforcement action to date in July 2022, when the Cyberspace Administration of China (CAC) announced a fine of RMB 8.026 billion against Didi Global Co., Ltd., for various data-related violations including: (i) unlawful or excessive collection of personal information; (ii) processing of personal information without adequate notification; (iii) frequent requests for permission from data subjects without justification; (iv) inaccurate and unclear description of purposes for processing personal information; and (v) carrying out data processing activities that harm national security and the security of China’s critical information infrastructure. This case has also highlighted CAC as another significant regulator in China’s regulatory regime that requires special attention.

In addition to the gravity of the penalty, this case has raised several issues worth noting:

For more information about the Didi case, please refer to our previous article published at https://www.linkedin.com/posts/aosphere_cac-imposes-rmb-8026-billion-fine-on-company-activity-6956200535427317761-ezu0.

The market for non-fungible tokens (NFTs) has expanded significantly in China since 2021, as it has in many other places around the world. NFT market players in China are not limited to private sector enterprises, with many players having a government background. The former includes tech giants such as Tencent, Alibaba, and Baidu, which have all launched NFT marketplaces. The latter includes Xinhua News Agency and China Central Television, which have developed and issued their own NFT products, and government-sponsored cultural artwork exchanges seeking to set up online trading platforms for NFT-based digital artworks.

It is unsurprising that China has taken a dim view of attempts to commoditise or securitise cryptocurrencies, through initial offerings, trading, and speculation. NFTs, which often rely on blockchain technology and are often associated with cryptocurrencies, are likely to be regulated under the same principles.

Other than the general regulation on “blockchain-based information service providers,” NFTs have not been subject to any special regulations so far. However, industrial associations including the National Internet Finance Association of China, the China Banking Association, and the Securities Association of China jointly issued the Proposals on Preventing NFT-related Financial Risks in April 2022, which set forth basic principles for NFT-related businesses, with a focus on rebuffing the attempts to commoditise or securitise NFTs. While these industrial associations are not government regulators, and the Proposals have no legal effect, the Proposals may be viewed as “testing the waters”, and may shed light on future legislative direction.

Many key onshore market players have adopted the following measures to minimise the financial attributes of NFTs, in order not to be considered as engaging in illegal securities issuance, fundraising or exchange of business, or violating the cryptocurrency and Initial Coin Offering ban in general:

Some of the measures (such as the ban on secondary trading) may be relaxed or lifted as the regulatory framework on NFTs evolves. However, many others are expected to stay as standard industry practices.

Foreign market players are advised to adopt similar measures to the extent possible when providing NFT-related services to Chinese residents, or otherwise engaging in NFT businesses in China, to avoid the attention of PRC regulators.

As in 2021, 2022 witnessed continuing, significant developments in laws governing the cross-border transfer of data. In general, the PRC data legislation requires, among other things, that data processors shall: (i) pass mandatory government security assessments; (ii) obtain security certifications issued by a government‑accredited agency; or (iii) execute standard agreements (using the government-issued template) with foreign recipients, before transferring personal information and/or important data abroad. Failure to comply with these rules when transferring personal information and certain other data abroad may lead to administrative liability and, in extreme cases, criminal liability.

CAC also released for public comment the draft Provisions on Standard Contracts for Cross-border Transfers of Personal Information (the Standard Contracts Provisions), which forecast the conditions where cross‑border transfer of personal information may be based on standard conditions, and what the government‑issued template agreement will look like.

With the Security Assessment Measures and the Security Certification Specification now in place, and the Standard Contract Provisions in the pipeline, the main regulatory framework on the cross-border transfer of personal information and important data is in place. After the grace periods, data processors will need to follow the applicable rules and procedures before transferring personal information or important data abroad, and they can no longer avoid compliance while “waiting” for implementation rules.

That said, these cross-border data transfer rules do introduce new questions that will require clarification in the future. For instance:

The development of the cross-border transfer rules will complicate internal investigations carried out by multinationals on a cross-border basis, eg the transfer of findings, evidence, and data from local subsidiaries to global headquarters. China has not provided any exception for cross-border transfer of human resources data or data related to internal investigations, and there is no indication that there will be any such exception, although the government may adopt more streamlined procedures for the transfer of the data based on security assessments and the other requisite processes. The other possibility is a state-to-state agreement between Chinese and foreign regulators for the transfer of such data, although there is no indication that any such agreements are anticipated in the near future.

We and our clients continue to follow these developments closely, as they will directly impact how to conduct both internal and regulator-facing investigations, and how we can cooperate with foreign regulators examining China-based conduct.

The developments in the data law regime will disproportionally affect industries that are data-intensive, such as finance, e-commerce, social media, smart electronics/terminals, and travel and hotels. That being said, the data regime is far-reaching, and has already had a demonstrable impact on nearly all sectors  doing business in China.

Eugene Chen of Allen & Overy’s Hong Kong office is regularly enlisted by pharmaceutical and life sciences companies for assistance with U.S. investigations and anti-corruption and anti-bribery compliance. One client refers to him as a “great white-collar lawyer,” while another source considers him a “good guy and a solid lawyer.

Jane Jiang advises clients on contentious regulatory matters. A client notes that “Jane in particular provides very useful, well-considered, practical and experienced insight into complicated issues”. Another client notes that while she is “knowledgeable across the board,” she “tells me when she can’t do something, which is something that really makes me trust counsel; I always feel like I’m getting sound, sensible, implementable advice”.

Eugene Chen has “depth of expertise in US and China anti-bribery work, broad experience across sectors and very personable engagement with clients.

Jane Jiang is amazing. Her technical wizardry combined with her client skills makes her a go-to advisor on PRC law matters. 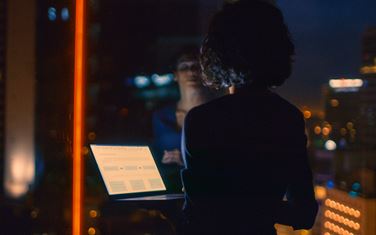