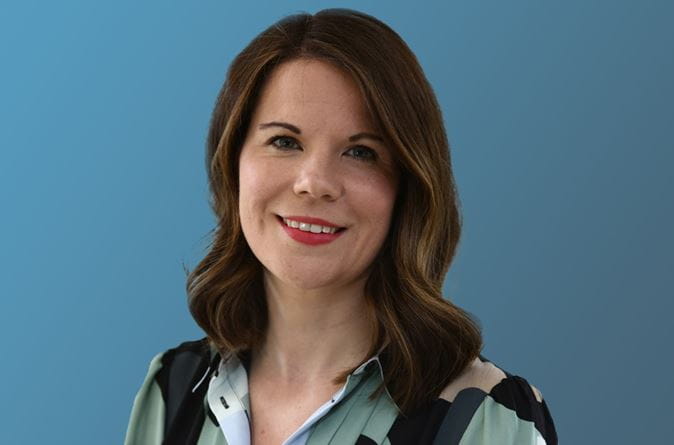 How long have you been at A&O and what were you doing prior to joining us?

I first joined A&O on a vacation scheme back in 2005. After completing my law degree and the very first A&O specific LPC, I joined the firm full time as a trainee in March 2008.

I eventually qualified into the Projects team in 2010 and worked as an associate and senior associate in the team until 2017.  During that time I had the chance to work on fantastic transactions particularly in the early growth of renewables and nuclear energy, as well as do a secondment at the UK Green Investment Bank.

In 2017, after deciding to relocate our young family back to the Midlands, I left the Projects team to take an exciting role in-house at the energy company, E.ON.  For more than four years I led a team of lawyers supporting E.ON’s industrial, commercial and community energy solutions businesses in the UK, getting the opportunity to work on a variety of transactions and technologies that now are core to future energy transition, including solar, wind, district heating, battery storage, flexibility services and e-mobility.

I returned to A&O as counsel in May 2021, taking advantage of new attitudes to ways of working, and relishing the opportunity to combine the sense of purpose and depth of experience I gained at E.ON with the might of A&O.

What initially attracted you to A&O and what did you feel set us apart?

I remember vividly how warm and personable the A&O delegation were at the graduate recruitment event I attended at my university, which was in stark contrast to other London firms that I had found to be austere, daunting and just “not for me”.  That was then my experience at every step through my career at the firm, and I think still makes the firm stand out today.

More recently, the opportunity to work again on the most exciting projects in energy transition, with the most talented projects lawyers and with all of the privileges that working at a firm like A&O brings, was very appealing. When combined with the firm’s positive attitude to a flexible and remote working arrangement that would fit with the new family life we had built in Birmingham, that offer was compelling.

How do you feel A&O has changed since you joined?

In my experience, one thing that has not changed about A&O is its culture. It may sound naff, but the people at A&O are easy to get along with, team players and willing to support each other. The people are also still as smart and driven as ever!

However, in the last four years the firm has also evolved massively. The global connectivity, US growth and obsession with innovation in legal tech and advanced delivery services are very well documented. However, on the softer side, there is a much stronger recognition of well-being at all levels and a desire to be creative and flexible in finding ways for our people to fulfil their professional potential whilst respecting personal priorities.

What was your first ever job?  Was working in the legal sector always your ultimate goal?

My first part time jobs were working as a shop assistant in a clothes store called Monsoon, and waitressing and bar work in various Birmingham city centre restaurants. However, I was set on a career in the legal sector from quite a young age, although I’ve no idea why (perhaps from watching TV court dramas in the 90’s!).

We are proud at A&O to offer an environment where people can be themselves … What gives you a sense of “belonging” at A&O?

I grew up at A&O. From a 20 year old student with a Brummie accent applying for a vacation scheme, to qualifying, getting married, having children and now as a 30 something mother of two settling back into the team like I’d never left. I’ve done that alongside friends who I met at A&O on the way, and under the mentorship and care of many partners who I still work with today.

What’s the best thing about the team you work in?

Having access to the collective brainpower of a global network of multi-talented nice people.

What three things have enabled you to excel during your time at A&O?

If you could spend some time in any of A&O’s international offices, where would you most like to go and why?

The LA office sounds like it would be a fantastic place to go, not only to work alongside some great new colleagues who are doing amazing work in the energy transition area I focus on, but also it’s LA!

If you could switch roles with anyone else at A&O, whose job would you want and why?

Probably someone in one of the Advanced Delivery teams, particularly AOConsulting or aosphere, so that I could use some of the broader experience and skills I gained whilst working in-house and see first-hand what the future of legal services might look like.

What advice would you give to anyone considering joining A&O?

Given that I have decided to join A&O twice, that probably speaks the loudest but my advice would probably be that if you are looking for an organisation where you can forge your own path, continually learn and be challenged in a supportive environment, then A&O is definitely the right place for you.