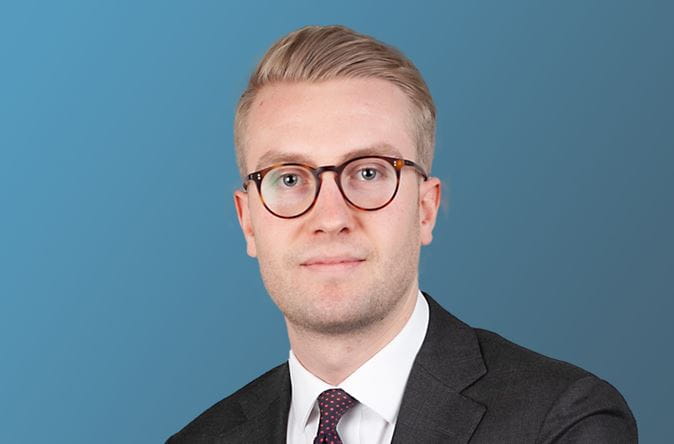 What do you think sets A&O apart?

The ability to operate at the highest level while retaining sight of its values, in particular, the culture of treating its people well.

Tell us about your journey – what initially drew you to A&O?

I used to attend a number of law society dinners hosted by various firms while at university (not many students will turn down the opportunity for a free meal and a glass of wine), and almost every visiting lawyer would reel off the same rehearsed answer about how great their firm was. The A&O lawyers were the only ones that I believed.

How long have you been at A&O? How do you feel it has changed over the years?

Just over two years, which – relatively speaking – is not very long. However, in that time, I have been away on secondment in New York and experienced a global transition to working from home, and in both instances have been amazed by the pervasiveness and durability of A&O’s culture. That is something I hope will not change.

How do you balance your career at A&O and your home life?

On the whole, I have not experienced extended tension between the two. Even as a trainee, I felt that I was treated like an adult, free to make decisions that would maintain that balance. Importantly, I have always worked with people who share similar priorities and encourage a sense of perspective.

If you could switch roles with anyone else in A&O, whose job would you want and why?

One of the IT guys in Belfast. I would love to know how they maintain their patience and good cheer in the face of overwhelming odds: lawyers and technology.

What advice would you give for people considering joining A&O?

Unsurprisingly, my advice would probably be best suited to prospective trainees (having only recently completed my training contract). Those that I have spoken to, I have encouraged to keep an open mind, work hard and engage with people. With respect to the former, I have qualified somewhere that I would not have anticipated before starting my training contract. Trainees sometimes have a fairly rigid view of what they do and do not want to do, which can be helpful, but more often is unproductive. With respect to the latter two, hard work is highly valued at A&O but should never be treated in isolation of engaging proactively with all the people you encounter every day.

What do you think you have gained both personally and professionally from your time at A&O?

The training at A&O is truly world class. There is a collective recognition that trainees are here to learn and will benefit proportionally to the effort invested in them. It never goes unnoticed as a trainee when you receive that close attention. Personally, I hope that I have learned to treat people kindly and fairly while maintaining the standards expected at a place like A&O.

I have always tried to get involved in as many of the volunteering opportunities offered at A&O as possible. In particular, I mentored a sixth-form student from a disadvantaged background for a year as part of the Smarter Futures initiative. I also helped run a Young Citizens legal workshop in a local school designed to give young people insight into topics that they would not usually have access to. The Pro Bono team makes it so easy to get involved in some truly worthwhile initiatives that it is possible to contribute to the local community while balancing commitments to work.

What gets you out of bed in the morning?

I like what I do, and I like who I do it with. That, and old curtains.

During my summer holidays, I used to work as a concierge / security guard / runner in a small art gallery. I was pretty ineffective at each of my roles.