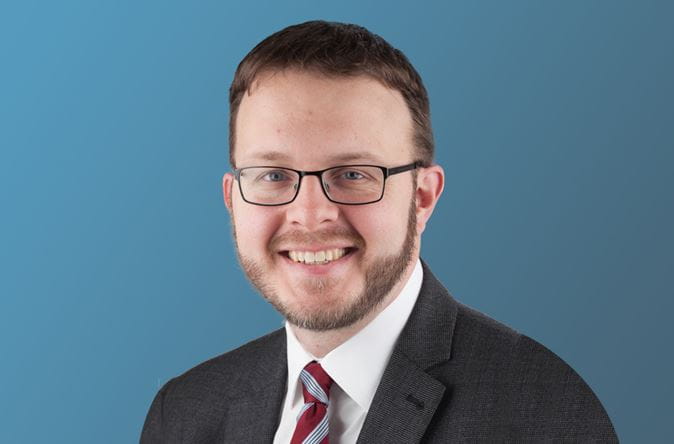 What first attracted you to Allen & Overy?

I first started work at A&O New York as a summer associate in 2007. I first interviewed with A&O because it is British and so is my wife. I have now been at A&O full-time since 2008 and London for more than two years, with our move motivated in part by a desire to be closer to my wife's family as we raise our kids. I'm happy to say the people in London are equally as odd as those in New York

How did you find the international relocation process?

Getting my family's stuff packed up, as well as my family, to relocate from New York was nothing short of torturous. But the Global Mobility Team made it as smooth as humanly possible, and then some. They were extremely helpful, responsive and flexible.

What is the most exciting deal / case you have worked on and why?

I have done some amazing work at A&O. The most exciting thing I have done to date is our representation of a trader at a major financial institution on securities fraud charges by the US SEC, through a jury trial in New York. The case was never predictable, and involved among other things: finding out our client had been sued by getting a call from the press when it hit the headlines; sitting front row at the US Senate while our client testified for hours on end; depositions in London, Singapore and sunny Jersey in December (latter not recommended); ‎having our client's entire email account handed over to the New York Times after someone gained access to his account; a three week jury trial in Manhattan; and a heart-breaking finding of liability for our client.

What do you enjoy most about your job?

I really enjoy the fight of litigation; strategy, tactics, intensity and especially the highs\lows of winning and losing.‎ There's no feeling quite like it.

What is the toughest aspect of your job?

Time away from home. When you deliver great work after an intense period‎, it is extremely satisfying; but I really like to go home and play with my kids.

If you could spend some time in any of Allen & Overy’s international offices, where would you most like to go and why?

Sydney. It's kind of a no-brainer: sun, beach and chicken salt.

Cleaning tables at a restaurant in a small town in Wyoming.

Who has had the biggest influence on your career?

A good friend who said he thought I would do well at law school, which was not something I had ever considered.

What has been your proudest professional moment?

Cross-examining a witness during the SEC jury trial I mentioned above.

If you could time travel, which era would you visit and why?

Prehistoric days. I used to work on an archaeological survey crew for two years looking for arrowheads, etc. and no electricity or blackberries sounds pretty good some days.