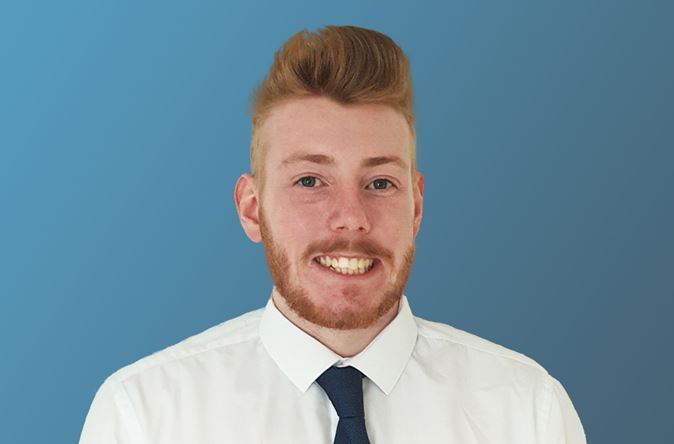 I joined Allen & Overy’s Advanced Delivery team straight out of university one year ago and since then I’ve spent nine months working in litigation before moving to my current seat in banking.

There is a lot of variety in the work I get to do from one day to the next, which I find more interesting than working on one project the whole time. The matters I get the chance to work on are very current and relevant: we are doing a lot on LIBOR transition, for example, with requests coming in from New York and London, and when I was in litigation I worked on a big merger that was all over the newspapers a few weeks later. For someone who at the time was just fresh out of university it was a very surreal feeling seeing something you helped on make the news!

The fact that there is an elite law firm on my doorstep in Belfast was always really appealing to me and now I’m just trying to achieve my best potential since joining the firm. The training we have been offered is beyond anything I had expected: we did a six-week induction which included the business practice course facilitated by the University of Law before moving to the “virtual floor”, which meant we were as ready as we could have been when we finally started to get assigned work. Even now we can sign up for any A&O internal training course; the wealth of resources is phenomenal, and it’s not just legal skills – I recently completed an advanced Excel course.

I joined in August 2020 so because of Covid restrictions until three weeks ago I had never been into the office. But the support the firm put together for us working from home was amazing. It was a big concern coming into my first job and only meeting people on a screen; I was worried who would help if I was really struggling on something, but we had pastoral group meetings twice a week, a brilliant buddy system and a fantastic support structure – I do not think they could have done anything more.

I would love to get qualified and become a solicitor in A&O Belfast – that’s my goal.  I’ve wanted to be a lawyer since I was 12 years old and it would be really difficult to start my career any higher than at A&O. This is an opportunity I have wanted for such a long time – now it feels like the sky is the limit.