Just as the UK corporate bribery offence comes of age, is it set to gain an even tougher sibling?

In October we commented on the proposed new offence of failure to prevent the facilitation of tax evasion. Under this offence, companies will be held criminally liable if they fail to prevent associated persons from facilitating tax evasion. The Government has now announced that it is bringing forward plans to introduce this offence and has published a second consultation paper.

Timing is everything… though the objective remains the same

No doubt the renewed focus on this offence is linked to recent events. Although the FCA said this week that it is too early to draw any conclusions from the so-called Panama Papers, the Government’s own press release states that the move to legislate for the new offence this year is part of efforts to clamp down on corruption and refers to the cross-agency investigatory taskforce set up in the wake of the Panama Papers.

The new Consultation (“Tackling tax evasion: a new corporate offence of failure to prevent the criminal facilitation of tax evasion”) was published on 17 April 2016. It sets out the rationale for a strict liability corporate criminal offence. Attributing criminal liability to a corporation normally requires prosecutors to show that the most senior members of the corporation were involved in and aware of the illegal activity. The Consultation argues that a strict liability offence prevents corporations from shielding themselves from liability by turning a blind eye to conduct or where such conduct is carried out by less senior employees.

Changes to the draft offence

The Consultation focuses on the detail of the draft clauses and guidance notes rather than the principle of the offence. Some changes of particular interest have been made to the draft clauses since December 2015: 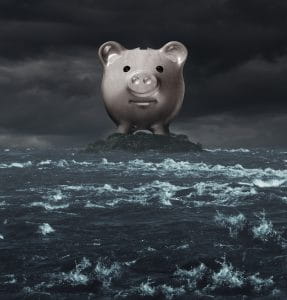 During the initial Consultation, the Government received requests that the guidance produced for the offence should follow the principle-based approach of the guidance produced for the Bribery Act. Six guidance principles are now included in the latest Consultation: proportionality of reasonable procedures; top level commitment; risk assessment; due diligence; communication (including training); and monitoring and review. The Government – perhaps optimistically - is asking respondents for case studies to illustrate these principles.

In addition to requesting comments on the detail of the offence and guidance, the Consultation seeks views on whether the offence is effective but not unduly burdensome. It closes on 10 July 2016.

While the outline of the offence is becoming clearer, its complexity means minor changes in drafting could have a major impact on the breadth of the offence. For instance, as currently worded, both tax evasion and facilitation must have been “committed” for the corporate to face liability.

Contrast this with the corporate bribery offence. Under s.7 of the Bribery Act 2010, it is enough to show that the associated person “is, or would be, guilty of [bribery]” - whether or not they have been prosecuted for such an offence. It is unclear whether the different language used in the draft legislation signals a departure or if, as with the Bribery Act, a separate individual conviction is not required.

We expect that the draft clauses will be refined further before they are finalised. However, whether the Government can manage to avoid creating an offence which is too unwieldy for prosecutors without markedly expanding the scope of corporate criminal liability remains to be seen.

As a postscript, we understand that the proposed general offence of failing to prevent economic crime may not be dead after all. The Director of the Serious Fraud Office, David Green QC, has made recent public comments that this is back on the legislative agenda, though we have seen no official comment from the Government on this yet. Combined with proposed changes to the money laundering regime, there will certainly be much to watch out for at the global Anti-Corruption Summit being held in London next month.