The latest figures published by the Financial Conduct Authority (FCA) show a significant increase in the number of Suspicious Transaction Reports (STRs) filed in the UK. In 2015 the FCA received 1,831 STRs - 13% more than it did in 2014.

Coincidentally, the FCA’s publication of its latest STR figures comes the day after a corporate broking and wealth management firm was censured and fined by the FCA for failings relating to its market abuse systems and controls. The failings identified by the FCA specifically highlighted failings in this firm’s procedures for escalating suspicious transactions and filing STRs, as well as its oversight of those procedures. Below we explore some of the practical learning points arising from this case.

What the 13% increase in STRs tells us

Since 2007, the number of STRs submitted have increased year on year, as the graph below demonstrates. 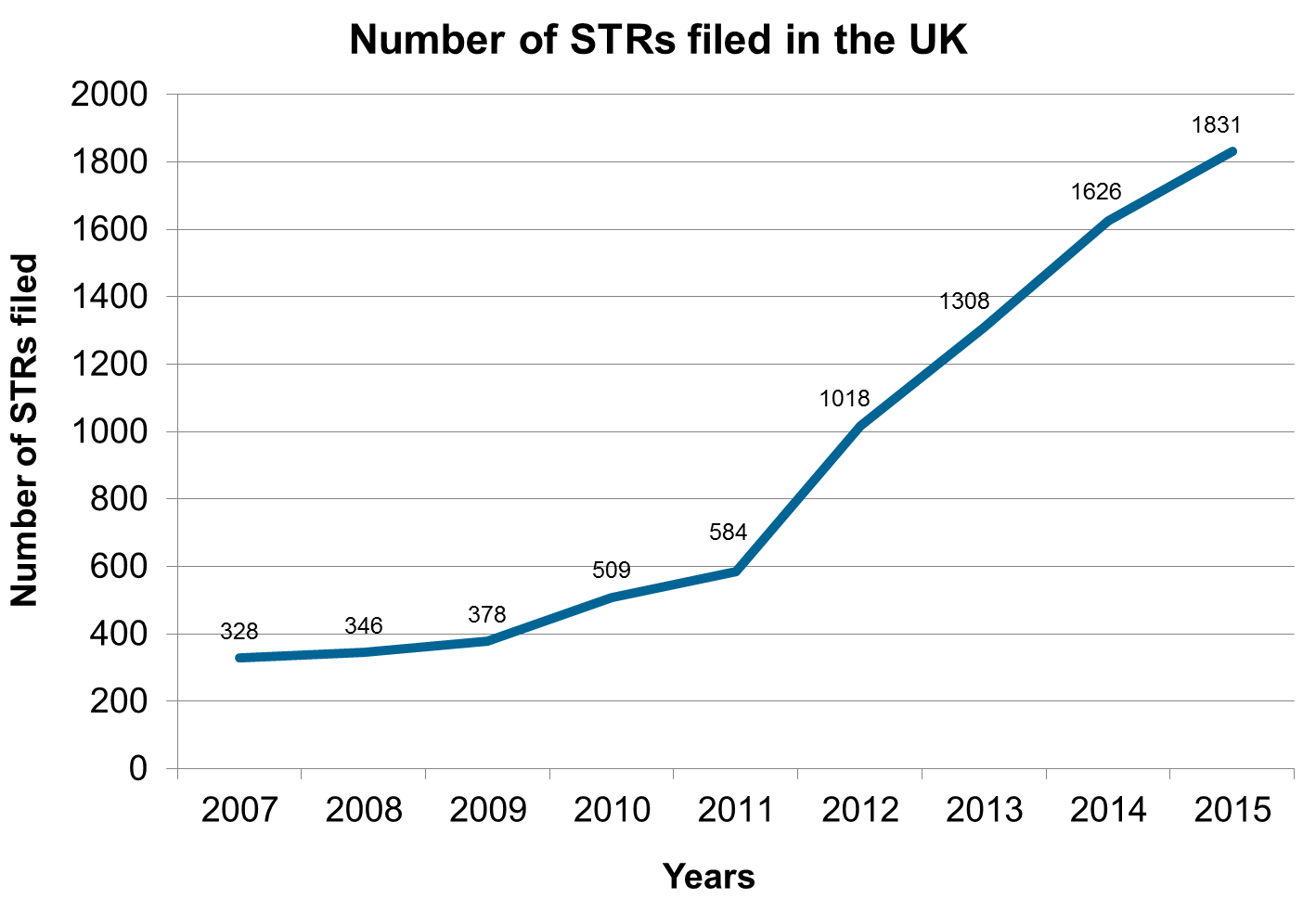 However, since 2011 there has been a significant uptick in the number of STRs filed. Why? Well there are several possible reasons, but on the run up to 2012 the FSA (as it then was) started to flex its enforcement muscles when it came to STRs. For example:

Following these cases, the FSA wrote to firms in June 2012 about their expectations relating to STRs. In particular, the FSA noted its expectation that firms have in place appropriate systems and controls to prevent market abuse, including controls for generating STRs and maintaining records of suspicious trades investigated but not reported.

It is possible that this action by the FCA heightened awareness about STRs and the risks associated with them, thereby contributing to the sudden increase in STRs filed since 2011. The FCA has also regularly commented on STRs and provided feedback to the industry in terms of the quality of information it receives from STRs (e.g. Market Watch 48 and the FCA’s last Annual Report ). We commented on the practical issues coming out of these more recent publications in a blog post last summer.

Earlier this week, the FCA publicly censured and fined a firm for failings relating to its market abuse systems and controls. The firm was also handed a restriction, banning its Corporate Broking Division from taking on any new clients for 72 days.

The key practical takeaways for firms from this case are as follows:

A good time for a health-check…

From July this year (when the Market Abuse Regulation comes into force), firms will be required to report suspicious orders (as well as transactions) to the FCA. This will present a range of challenges from firms, who may not have had such robust arrangements in place to spot potentially suspicious orders. In light of this, as well as the FCA’s recent enforcement findings set out above, perhaps now is a particularly good time for firms to revisit their procedures, training programmes and controls around suspicious transactions and submission of STRs to the FCA.

All in all, the FCA concluded that the  failings of the firm referred to above resulted in a ‘substantive risk’ that suspicious transactions would not be escalated to Compliance and that STRs would not be filed. In addition, the FCA found that the lack of suitable management information could have resulted in ‘the Board failing to recognise and act on emerging market abuse risks and issues’.