Last week the UK Financial Conduct Authority (FCA) published new draft guidance on the meaning of ‘reasonable steps’ for the purposes of the Senior Managers Regime.

If you were hoping that this latest guidance was going to provide us an A to Z guide to ‘reasonable steps’ then, unfortunately, you are going to be disappointed. However, the FCA’s draft guidance does confirm for us: (a) the approach that they will take to assessing whether a Senior Manager has taken ‘reasonable steps’, and (b) some of the factors that we already thought would contribute to that assessment.

Nothing new: ‘Reasonable steps’ and the ‘Duty of Responsibility’

The concept of ‘reasonable steps’ is not a new one when it comes to senior management in financial institutions in the UK. Under the old approved persons regime, individuals performing Significant Influence Functions (SIFs) were required to take ‘reasonable steps’ to discharge their regulatory obligations.

After plans for the (controversial) Presumption of Responsibility were scrapped late last year, the decision was taken to formalise this idea of ‘reasonable steps’ and re-brand it as the ‘Duty of Responsibility’.

What is the ‘Duty of Responsibility’?

Below we explore in more detail each of these three steps, what the FCA’s latest guidance tells us about each of them and some of our observations on this latest proposed guidance. Whether a Senior Manager’s firm has contravened a relevant regulatory requirement will be a matter for investigation by the FCA and/or the PRA. In some cases, the regulators conduct investigations into firms and members of senior management in parallel. In others, the regulators can opt to conclude their investigation into a firm and then turn to investigate members of senior management. However, the FCA’s new proposed guidance does not expressly state that the FCA must take enforcement action against a firm in order to conclude that the firm has contravened a regulatory requirement.

The draft guidance published by the FCA has clarified that in enforcement action brought against a Senior Manager under the Duty of Responsibility, the Senior Manager will not be ‘bound by’ a finding of the FCA’s Regulatory Decisions Committee, a court or a tribunal.

This guidance is welcome. It may help reassure Senior Managers that, if the FCA makes findings about their area of responsibility, they may still be able to dispute those findings should they be investigated themselves. However, it is likely to be a bit of an uphill struggle for a Senior Manager to try and challenge findings that have already been settled between the FCA and a firm, and even more so if they have been found by a court or a tribunal. Senior Managers in this position will be starting on the back foot.

Interestingly, the FCA states in its draft guidance that a Senior Manager will only not be bound by a finding of the FCA’s Regulatory Decisions Committee, a court of a tribunal, which he or she was ‘not privy nor party to’. What ‘privy’ means in this context is unclear. The phrase ‘privy to’ typically means that someone is aware of confidential information. Does the FCA’s use of the phrase ‘privy… to’ in this context mean that if a Senior Manager is aware of an FCA investigation into their firm that he or she will be bound by its findings? We hope that this is not the case, as a Senior Manager in this position would not necessarily have the chance to make formal representations to the FCA on their own behalf, or necessarily know everything about the FCA’s investigation into their firm. However, the FCA will not stop there. It will also look at how a firm operated and how responsibilities were allocated between Senior Managers in practice. Consideration will also be given to what the Senior Manager actually did in practice (which may be determined by reference to meeting minutes, emails, interviews and recording of telephone calls).

This proposed approach really reinforces the need for:

Mark Steward (the FCA’s Director of Enforcement and Market Oversight) has described ‘reasonable steps’ as follows:

‘It has been said that a person who takes reasonable steps is one who does not exhibit a negligent or reprehensible state of mind, who is conscientious, exhibiting, through diligence, a keen and watchful eye on his or her field of responsibility, observing, asking questions and so informed and informing, being vigilant, deciding, guiding and monitoring, oversighting, delegating when safe to do so to those who are well-placed, and only acting beyond expertise and experience with competent expert advice. Sounds good. This is not exhaustive and denotes a person not only in terms of qualities – skill and competence – but also in terms of how the person should behave and the behaviour is described with doing words, verbs (these verbs are really the tools of responsibility).

In other words, doing nothing, in circumstances where reasonable steps requires something to be done, will not suffice’. 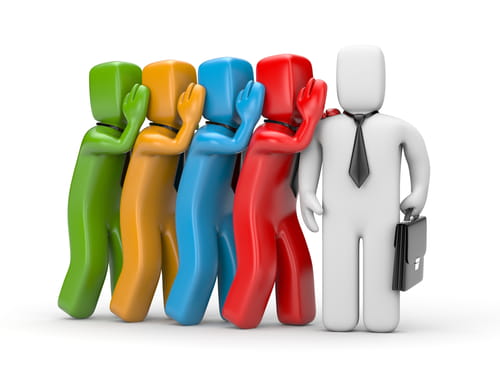 In relation to collective decision-making (an area in relation to which we have received a lot of questions from Senior Managers) the FCA’s proposed guidance states that a Senior Manager must take reasonable steps to ensure that, where they are involved in collective decision making and it was appropriate for a decision to be made collectively, they informed themselves of relevant matters before taking part in the decision and exercised reasonable care, skill and diligence in contributing to it.

Subject to the outcome of the FCA’s consultation, these factors will appear in the FCA Handbook (DEPP 6.2.9-E).

This new proposed guidance will sit alongside guidance that the UK Prudential Regulation Authority published last December on its approach to the Presumption of Responsibility.