The UK Financial Conduct Authority’s (FCA) enforcement action against Carphone Warehouse (CPW) featured the second focused resolution agreement that the FCA has entered into. Importantly, this is the first focused resolution agreement that has resulted in a change being made to the financial penalty that the FCA imposed. However, relatively little air time has been given to how the FCA arrived at the financial penalty it imposed on CPW, as well as comments made by the FCA in relation to CPW’s whistleblowing arrangements. 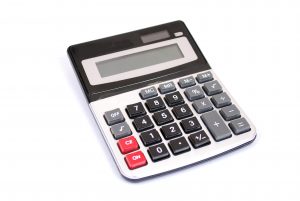 The FCA introduced focused resolution agreements in March 2017 as a mechanism through which subjects of investigations can partly contest proposed enforcement action against them. In this case, CPW accepted the FCA’s proposed factual findings and breaches, but challenged the financial penalty that the FCA was proposing to impose on it. By taking this approach, CPW retained the same 30% settlement discount that it would have been entitled to if it had accepted all the FCA’s findings and proposed financial penalty at the earliest possible opportunity.

This is the first focused resolution agreement that has led to the FCA changing the financial penalty that it imposed. The representations that CPW made before the FCA’s Regulatory Decisions Committee (RDC) that are set out  in the final notice, and the FCA’s response to them, provides us with a much more detailed insight into the FCA’s approach to calculating financial penalties than has previously been the case. In particular, the FCA’s comments on the figure it adopted as the “relevant revenue” and its treatment of CPW’s customer redress exercises as mitigating factors are worth noting.

The concept of a firm’s “relevant revenue” is the figure the FCA identifies in Step 2 of its penalties policy. The FCA uses this figure as a starting point when calculating a financial penalty.

The FCA originally proposed using the gross written premium (GWP) that had been collected by CPW on behalf of the insurer that underwrote the insurance product as the relevant revenue figure on which to base CPW’s financial penalty. However, CPW successfully argued that certain elements of the GWP should not be included by virtue of the fact that CPW did not “earn or receive them”.

CPW’s arguments relating to the GWP are specific to certain types of insurance product. However, the argument that amounts that a firm does not earn or receive should not be considered as relevant revenue for financial penalty calculation purposes may have broader application.

The FCA had treated CPW’s disciplinary record (the FSA had taken enforcement action against CPW in 2006 in relation to its sales of insurance products) as an aggravating factor when it came to calculating CPW’s financial penalty. As a result, the FCA proposed applying an uplift to CPW’s financial penalty under Step 3 of its penalties policy.

CPW argued that this uplift should be reduced or even removed altogether. CPW had undertaken two voluntary customer redress schemes (both of which had been approved by FCA Supervision) in relation to the issues that formed the basis of the FCA’s enforcement action. The FCA had taken these redress schemes into account when calculating CPW’s financial penalty, but CPW argued that the FCA should have given more weight to them.

The wording of the final notice suggests that the FCA agreed to reduce the amount of the uplift following CPW’s representations on this point, but does not say by how much. However, the FCA expressly stated that CPW’s redress schemes were limited in scope and said that, had they been broader in scope, the FCA would have been more inclined to give more weight to them as mitigating factors. This approach shows that the mere fact that FCA Supervision approves or does not object to the scope of a redress scheme will not necessarily mean that FCA Enforcement will consider it sufficient to merit a mitigation discount.

For more detailed analysis of the FCA’s enforcement action against CPW, please see our article at A&O.com