Earlier this week, on 18 April 2017, the UK Financial Conduct Authority (the FCA) published its Business Plan for 2017/2018 setting out the FCA’s activities and priorities for the coming year. At the same time the FCA published its Mission (see our previous blog post on the FCA’s consultation on its Mission here) and, for the first time, its Sector Views highlighting the issues and developments the FCA sees in each sector it regulates.

This blog post looks at the main points of interest in the Business Plan from a contentious/enforcement perspective.

Culture and governance and their impact on individuals’ and firms’ conduct remain high on the FCA’s agenda. The FCA’s focus continues to be on the most significant drivers of behaviour, in particular:

Financial crime remains high on the FCA’s agenda. The FCA’s key activities in this area over the next year include:

The FCA makes clear that it will use its enforcement powers against firms with poor anti-money laundering controls and, although it says the FCA will generally use its civil powers, it also trails the possibility of using its criminal powers to prosecute firms or individuals for particularly serious or repeated failings. 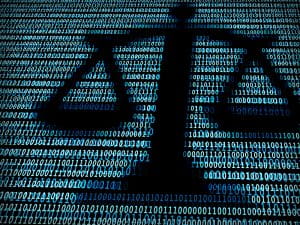 The FCA says it is keen to expand its role in supporting technological innovation more directly. Whilst the FCA acknowledges that new types of financial technology (known as ‘Fintech’) continue to drive change and encourage innovation in the financial services industry, at the same time the FCA remains cautious about the potential for poorly managed Fintech to create new risks in the financial sector or accentuate existing ones. The FCA emphasises that firms need to manage the risks of innovation to ensure it does not jeopardise consumer protection or the integrity of the financial system.

The FCA sees itself as having a key role to play in ensuring that new technologies are safely adopted. In terms of operational resilience, the FCA, working with the Bank of England and HM Treasury, will continue to engage with firms when outages of key systems or cyber-attacks occur, particularly where there is significant consumer or market impact.

Cyber resilience in particular is considered by the FCA to be a ‘stand out’ risk area and it intends to undertake a “significant amount” of work in this area over the next year, including establishing sector cyber coordination groups to provide a platforms for firms to share experiences and foster innovation.

As mentioned in our post on the FCA’s business plan from last year, the risks posed by technological advances – in particular cyber risk – may be the next big enforcement challenge for the FCA.

Consumers remain a high priority for the FCA. In line with its Mission, the FCA has added a new cross-sector priority to its to-do list on consumer vulnerability and access to financial services, which will be a key focus in the FCA’s forthcoming Consumer Approach report.

The FCA also says that there are further improvements to be made in respect of existing customers, in terms of enhancing competition and the basic standards afforded to consumers, which it considers should be addressed on a sector basis.

In addition to the FCA’s cross-sector priorities, the FCA has given more detail about its priorities in each of the seven financial markets sectors it regulates: wholesale financial markets, investment management, pensions and retirement income, retail banking, retail lending, general insurance and protection, and retail investments.

There is a continued emphasis on the retail sector, with the FCA pointing to pensions and the retirement income sector amongst the areas for particular focus. Wholesale financial markets too remain important. For example, the FCA intends to: ensure that the new MiFID II regime is implemented effectively; continue to embed the new market abuse regime; introduce changes to improve the effectiveness of primary markets and continue to implement remedies to improve competition in investment and corporate banking.

Whilst the Business Plan as a whole gives little away about the FCA’s enforcement plans over the coming year, the FCA notes the importance of its investigations in helping to “engender public confidence” and sees that “its investigations draw clear bright lines that the rest of the market can follow, helping everyone comply, and ensuring our markets work well.” This could be a possible indicator of an upward trend in enforcement action following the FCA’s relatively quiet spell last year. 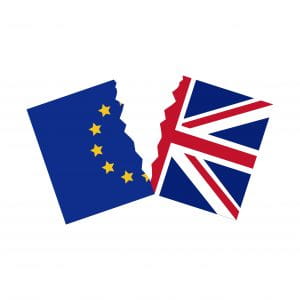 The Business Plan goes further than the FCA’s earlier publications to explain the FCA’s approach to Brexit, and acknowledges that Brexit has important implications for the FCA. The FCA says it is working closely with HM Treasury and the Bank of England to ensure a smooth transfer of European Union rules into the domestic framework and that the regulatory framework continues to operate without interruption following withdrawal.

The FCA also provides further detail about its role providing technical support to the Government during the process and pinpoints five principles it will use to guide its advice, namely: cross-border market access; consistent global standards; cooperation between regulatory authorities; influence over standards; and the opportunity to recruit and maintain a skilled workforce.

For the Allen & Overy’s coverage of the latest developments on Brexit see here.