Taking the bitter with the Sweett: Lessons from the first s.7 UK Bribery Act case

Sweett Group plc was on Friday 19 February ordered to pay £2.25m in penalties after pleading guilty to a failure to prevent bribery. From a hotel in the United Arab Emirates to Southwark Crown Court, the reach of the ‘toughest anti-bribery legislation in the world’ has been further illustrated. The first successful conviction under s.7 of the Bribery Act 2010 contains some useful guidance on how fines will be applied and is (at points) a case study on how not to deal with the Serious Fraud Office (SFO). 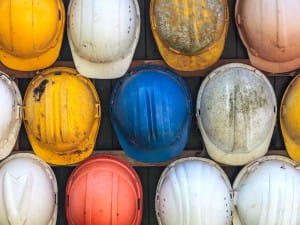 In 2012, Sweett’s Cypriot subsidiary made corrupt payments to an individual who was the Vice Chairman of the Board and Chairman of the Real Estate and Investment Committee of the Al Ain Ahlia Insurance Company (AAAI). It transpired that the purpose of these payments was for Sweett to secure a contract with AAAI to build a hotel in Abu Dhabi.

On 18 December 2015, Sweett admitted a failure to prevent bribery. Under s.7(1) of the Bribery Act 2010, a company is guilty of an offence if a person associated with it bribes another person to obtain business. While under s.7(2) there is a defence if a company can show it had in place adequate procedures designed to prevent the bribery occurring, Sweett admitted it had not.

Dealing with the SFO

Sweett is arguably an extreme case. An internal investigation is not going well if the SFO requests you stop trampling on the evidence – as occurred with Sweett. Nonetheless, there are a number of lessons to be drawn from what has been publicly stated about Sweett’s dealings with the SFO:

If you are going to self-report, do so promptly

A Wall Street Journal article dated 21 June 2013 linked Sweett to Middle Eastern bribery (albeit involving a hospital in Casablanca, rather than the aforementioned hotel). Sweett had only reported the payments to the SFO a week before the article was published. A year later, the SFO formally began its investigation into Sweett. However, it was only in December 2014 that Sweett self-reported certain other connected payments as being potentially suspicious. It appears that the SFO took a dim view of this late self-reporting.

Hedging your bets can be a gamble in itself

In March 2015, Sweett sought a letter from AAAI suggesting some of the payments under investigation by the SFO were made under a finder’s fee arrangement – in effect trying to find a defence to the bribery. Further, for a significant period of the SFO’s investigation, these payments continued to be made. Rather than repudiate the contract under which these payments were being made, Sweett considered placing monies owed in escrow until the SFO investigation had been concluded. At sentencing, HHJ Beddoe referred to this as a cynical attempt by Sweett to hedge its bets.

As we reported earlier this year, the SFO has previously exhorted those reporting misconduct to “pick your horse and ride it”. One can safely assume this case influenced those remarks and demonstrates the importance of ensuring that potential misconduct that is the subject of an SFO investigation is not continuing.

Listed firms may need to be especially careful

Sweett appears to have frustrated the SFO by refusing to hand over its accounts of witness interviews. The issue culminated in November 2014, when Sweett (a company listed on AIM) made an announcement to the market stating it was cooperating fully with the SFO investigation. The SFO disagreed. Sweett was forced to retract the announcement and issue a public statement that it was “doing all that it reasonably could to cooperate with the SFO”. The fact the SFO is taking a very strict view on cooperation (and willing to make its views on the topic publicly known) means that firms need to take particular care in wording any public statements issued. Listed firms, for whom disclosures of SFO investigations frequently cause significant share price movements, even more so.

Beware of too little, too late

It was suggested at sentencing that the relationship between Sweett’s legal advisers and the SFO had become particularly antagonistic. Sweett had replaced this law firm with its original advisers. However, this act and full cooperation from mid-2015 onwards was evidently not enough for Sweett to obtain a deferred prosecution agreement (DPA) given all that had gone before. HHJ Beddoe also warned that, while a company might blame a lack of cooperation on poor legal advice, ultimately the company was responsible for such decisions – not its legal advisers.

A fine distinction when it comes to financial penalties

Finally, there is a notable difference between the penalty given to Sweett and that agreed between the SFO and Standard Bank in its recent DPA. The fine component of both companies’ financial penalties was calculated based on the benefit gained by the bribery. This was multiplied by a percentage to reflect culpability. For Standard Bank, this percentage was assessed at 300%, while for Sweett, this was 250%.

Following on from the Standard Bank DPA last November and the Brand-Rex Scottish civil settlement last September, it appears the Bribery Act 2010 is finally coming of age. The risks of half-hearted cooperation with the SFO have been brought into sharp relief. Taken together, the Standard Bank DPA and Sweett case give some useful clarity on the extent of cooperation needed to have a chance of securing a DPA. Moreover, if the indications from the SFO are anything to go by, there may well be several more Bribery Act cases to guide us by the end of the year.