There have been several noteworthy developments at the U.S. Securities and Exchange Commission’s Office of the Whistleblower over the last several weeks.[i] To summarize, recent developments underscore the whistleblower program’s success at attracting tips; highlight its continuing appeal to whistleblowers who live outside the United States; and demonstrate the SEC’s commitment to curb retaliation against whistleblowers.

Whistleblower tips show no signs of slowing down, and it is important for financial services firms and corporates to stay abreast of developments at the SEC’s Whistleblower Office. Below we summarize several recent developments. 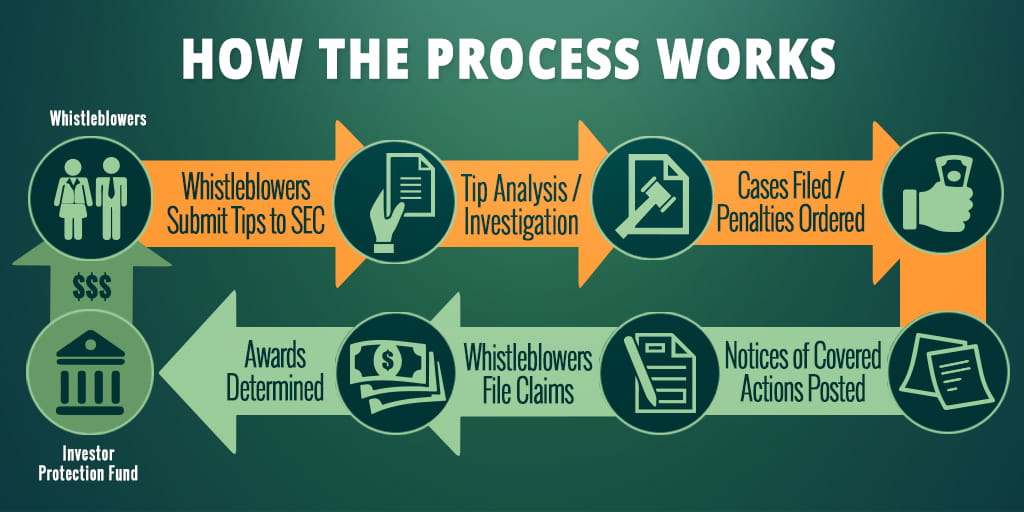 In August, awards to SEC whistleblowers surpassed the $100 million mark. A $22 million award in November pushed the total over $130 million. 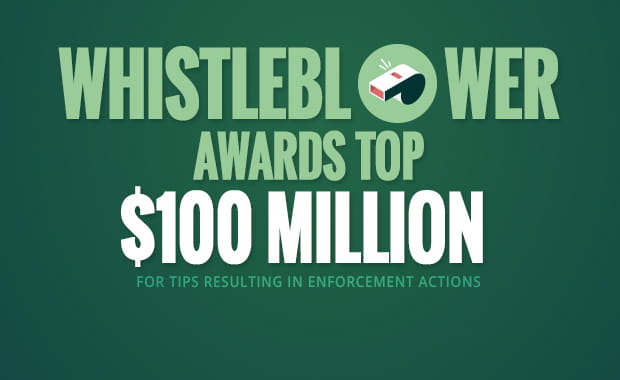 In the past 3 months alone, the SEC has doled out 3 of its 10 largest-ever whistleblower awards.

In August, the SEC announced the payment of $22 million—the second-largest whistleblower payment ever awarded—to a company insider who helped the SEC uncover “deeply buried wrongdoing” at the company.

In September, the SEC announced an award of more than $4 million to a whistleblower whose “original information alerted the agency to a fraud.”

And in November, the SEC announced a $20 million award—the third-largest award in the program’s history—to a whistleblower whose timely report enabled the SEC to “initiate an enforcement action against wrongdoers before they could squander the money.”

These headline grabbing awards continue to drive would-be whistleblower to the SEC. And SEC officials insist that they are continually triaging a robust pipeline of whistleblower tips, complaints and referrals.

According to a recent report from the SEC’s Whistleblower Office, the SEC continues to receive tips from all over the world—it has received whistleblower tips from individuals in 95 foreign countries. The SEC receives the most tips from the United Kingdom (291), Canada (216), China (164), India (153), and Australia (97).

Because the SEC’s Whistleblower Program is not restricted to US residents or employees or US companies, individuals who live in jurisdictions that do not offer whistleblower incentives—including the UK, Australia, and certain Canadian provinces—will continue to look to the SEC as a potential source of compensation for the risks they assume in blowing the whistle.

The SEC is Increasingly Focused on Whistleblower Retaliation

The SEC’s whistleblower rules require that “no person may take any action to impede an individual from communicating directly with the Commission staff about a possible securities law violation, including enforcing, or threatening to enforce, a confidentiality agreement … with respect to such communications.” Since the SEC’s Whistleblower Program went into effect, the SEC has vowed to be tough on companies that run afoul of whistleblower protection rules.

In October, the SEC issued a “Risk Alert” that flags issues relating to companies’ compliance with the anti-retaliation rules. The Risk Alert warns against the potential “chilling effect” of “confidentiality or other agreements required by employers [that] contained language that, by itself or under the circumstances in which the agreements were used, impeded employees and former employees from communicating with the Commission concerning possible securities law violations.” The Risk Alert encourages regulated entities to evaluate whether manuals, codes of ethics, employment agreements, severance agreements, and other documents contain language that may be inconsistent with the whistleblower rules.

For its part, the SEC’s Enforcement Division has made good on its promise to sanction companies that violate the anti-retaliation provisions. In September, the SEC brought two cases that alleged violations of whistleblower protection laws. First, Anheuser-Busch InBev settled charges that it violated the whistleblower rules by “enter[ing] into a separation agreement that stopped an employee from continuing to voluntarily communicate with the SEC about potential FCPA violations.” Next, casino-gaming company International Game Technology (IGT) settled charges that it violated applicable whistleblower protection when it terminated an employee because he reported to senior management and the SEC that the company’s financial statements might be distorted.

[i] This summer, we updated you on noteworthy developments relating to the SEC’s Whistleblower Program.